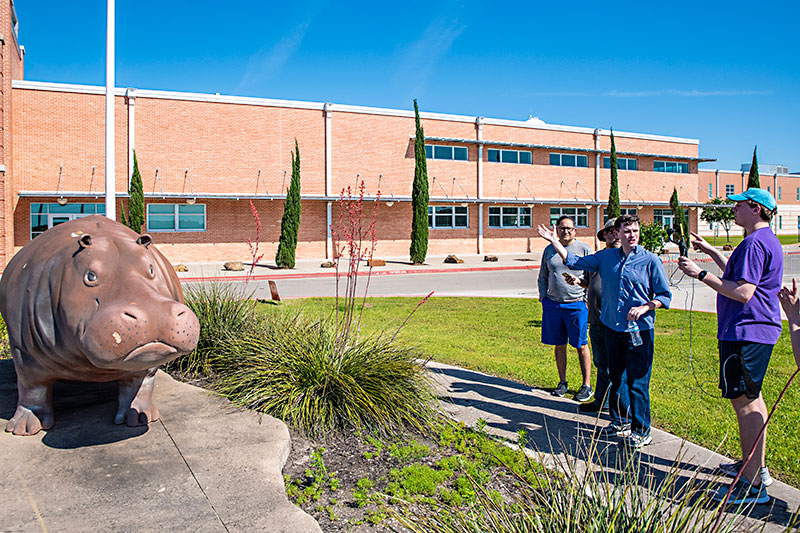 Cracking Some Code: There's no regular City Council meeting this week (next is May 9), but today's special called meeting (May 2) will continue the discussion on revision of the land use code and "take possible action" to direct staff in that direction. For more, see "Council: Stick a Pin in That," May 3.

The Sorting Cap: The Texas House voted Tuesday 107-40 to approve Senate Bill 2, the "property tax reform" bill that would impose (with some exceptions) a 3.5% cap on annual increases in local tax revenue. All GOP reps voted to approve – more notably, 26 Dems joined them, although none among the Central Texas delegation.

Dallas' City Council has joined Austin and San Antonio in passing an ordinance that requires employers to grant workers paid sick time. However, legislation moving through the statehouse by Republican Sen. Brandon Creighton could block the ordinance and others like it. Austin's ordinance has been placed on hold by the courts.

Omar on Her Way: U.S. Rep Ilhan Omar, D-Minn., who's made waves as one of the first Muslim women in Congress and an outspoken progressive, plans to visit Austin this month. Omar is set to speak at the Texas Young Democrats state convention, which runs from May 17-19 at the Austin Marriott South.

Take a Mulligan? Longtime Butler Park Pitch & Putt operator Lee Kinser said this week her bid to continue managing the nine-hole course has been disqualified by city staff, after she failed to sign a required document. Two other companies are competing to run the course, which Kinser's family created back in 1949; she hopes for a reprieve when the matter finally reaches Council.

Ice Cream Firefight: Austin Police Chief Brian Manley reported on Twitter that he was defeated by Fire Chief Joel Baker in an ice-cream cone-making contest in a Good Friday fundraiser at McDonald's. In other news, Fortune magazine named Manley 49th among 50 "World's Greatest Leaders." Needs work on his cone skills.

Feel the Joe-mentum: In a long-expected announcement, former Vice President Joe Biden joined – and quickly sprinted to the front of – the large pack of Dems running for the right to take on Trump in 2020. Biden's pre-campaign has been plagued with accusations by women of too-close-for-comfort touching and lack of full accountability for how he handled the 1991 Anita Hill hearings.