And more news from the dais 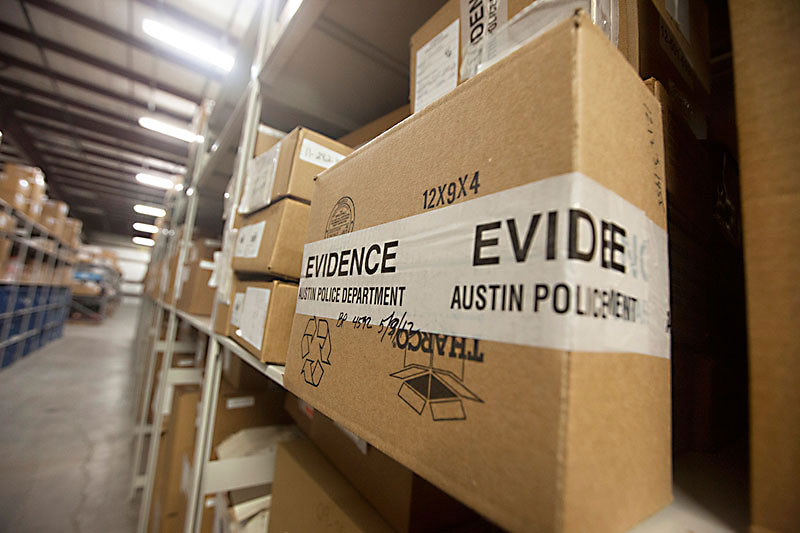 Since the Austin Police Department shuttered its flawed crime lab in 2016, two firms – local Signature Science and Virginia's Bode Cellmark Forensics – have been tapped to test the bulk of APD's DNA evidence, including its now-cleared rape kit backlog. The two contracts, however, are set to expire in December unless City Council acts today, April 25, to extend both for up to five more years.

As offered on the agenda (Items 29 and 30), APD hopes to amend the current contracts to increase total funding to more than $7.7 million. According to APD Forensic Science Division Executive Director Dana Kadavy, the request is part of the department's plan to "provide timely DNA services" – meaning "timely submission, analysis, and Combined DNA Index System (CODIS) review and upload of eligible [results]" within a 90-day goal – through fiscal year 2023. Council's approval, said Kadavy, would "position" the city and APD with the necessary resources to provide "high-quality and timely DNA services for our community and those affected by sexual assault and other violent crimes."

While the two labs analyze DNA evidence from numerous offenses, including burglaries, robberies, human trafficking, and child abuse, extending the contracts helps ensure that APD's rape kit backlog remains nil. Kadavy confirmed new or "incoming" kits are outsourced weekly to Signature Science – about 40 new requests for kit analyses monthly, plus another 20 requests for non-kit analyses. Due to limited funds in the existing contract, Bode Cellmark is currently an emergency option, but regular service will resume if their contract is extended.

Council will also consider three additional items to support APD with entering DNA results into CODIS, the FBI's criminal justice DNA database – a process Kadavy calls "intensive" and that can only be done by trained analysts associated with a certified lab. Items 13 and 14 request additional inter­local agreements with Houston Forensic Science Center and University of North Texas Health Science Center to help expedite the process for APD's new DNA cases.

To process the now-tested backlog of 2,665 rape kits, however, APD is seeking Council's approval (Item 15) to add one grant-funded position for the U.S. Depart­ment of Justice's Sexual Assault Kit Initiative Program, to "expedite the CODIS review" of the backlog. As of Feb. 21, only six cases had been reviewed for CODIS entry, along with two more tested under a grant provided by the Manhattan district attorney's office. Kadavy has not seen an update since, but "expects that to change" with the city's support. She also noted that her office had identified three qualified vendors to support the technical review component and is working with the city's procurement office and the Department of Public Safety to establish contracts.

Meanwhile, Council will officially proclaim April 3 – better late than never – Start by Believing Day, with a proclamation from the Austin/Travis County Sexual Assault Resource and Response Team. The national campaign hopes to encourage people to start by believing rape survivors.

Council spent many, many hours at Tuesday's work session, April 23, hashing out details on its planned Land Develop­ment Code revision votes (Item 11 on Thursday's agenda). Multiple amendments have been crafted to the working draft "policy guidance" document Council is providing to City Manager Spencer Cronk, with pressure coming from both urbanist stakeholders (e.g. making three by-right units standard for all residential parcels) and from neighborhood interests (e.g., automatic triggers for updating small-area plans). The urbanist side took more prominent advantage of the public comment opportunity at Council's last meeting, so expect to to see neighbors and code skeptics coming out today to speak their piece, with a final vote not coming until later in the evening. The contentious Norwood Park zoning case (Item 64) for low-income housing near I-35 and Rutherford Lane may also provide a venue for citizens and CMs alike to share their feelings about density, affordability, neighborhood plans, and such. Council will also present a key to the city to departing Mexican consul Carlos González Gutiérrez, who is being promoted to lead his country's diplomatic efforts – including protection of migrants – in San Diego.

A version of this article appeared in print on April 26, 2019 with the headline: Better Late Than Never