It’s all about land use, even when it’s about transportation 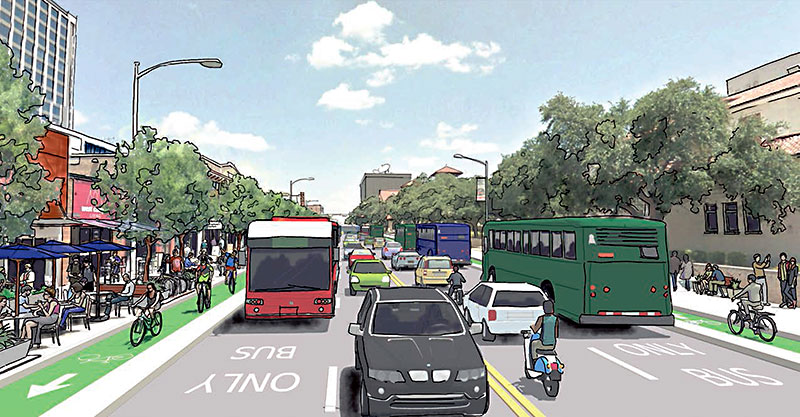 City Council got a high-level briefing from City Manager Spencer Cronk on his Land Development Code memo at its Tuesday work session, but it's the related topic of transportation planning that's taking center stage for much of this week at City Hall. Not that you can probably tell the difference.

The final draft of the Austin Strategic Mobility Plan, which has been making its way through the boards and commissions process over the last few weeks, ended with the Planning Commission Tuesday night, and predictably, the PC's discussion was almost entirely about the same topics – parking, density, compatibility, etc. – that have surrounded the land use debate. The ASMP and LDC are largely built around the same "corridors and nodes" strategy that's defined in the Imagine Austin Compre­hensive Plan, and both are subject to the same trade-offs: We want to encourage enough density along those corridors to grow transit and facilitate pedestrian and bicycle traffic; we want to bake residential affordability into those areas, which are going to become increasingly expensive if left purely to market forces; and we want to wean people away from their cars without making easy mobility something else that's only available to the wealthy.

In the end, the PC voted to recommend quite a few changes to the ASMP – most notably, perhaps, to remove all parking requirements from the LDC and, unanimously, to remove the controversial State Highway 45 Southwest from the plan. City Council will be considering those recommendations, among many others, at today's meeting, Thu., March 28, as the ASMP is posted for a public hearing and possible action (Item 50). 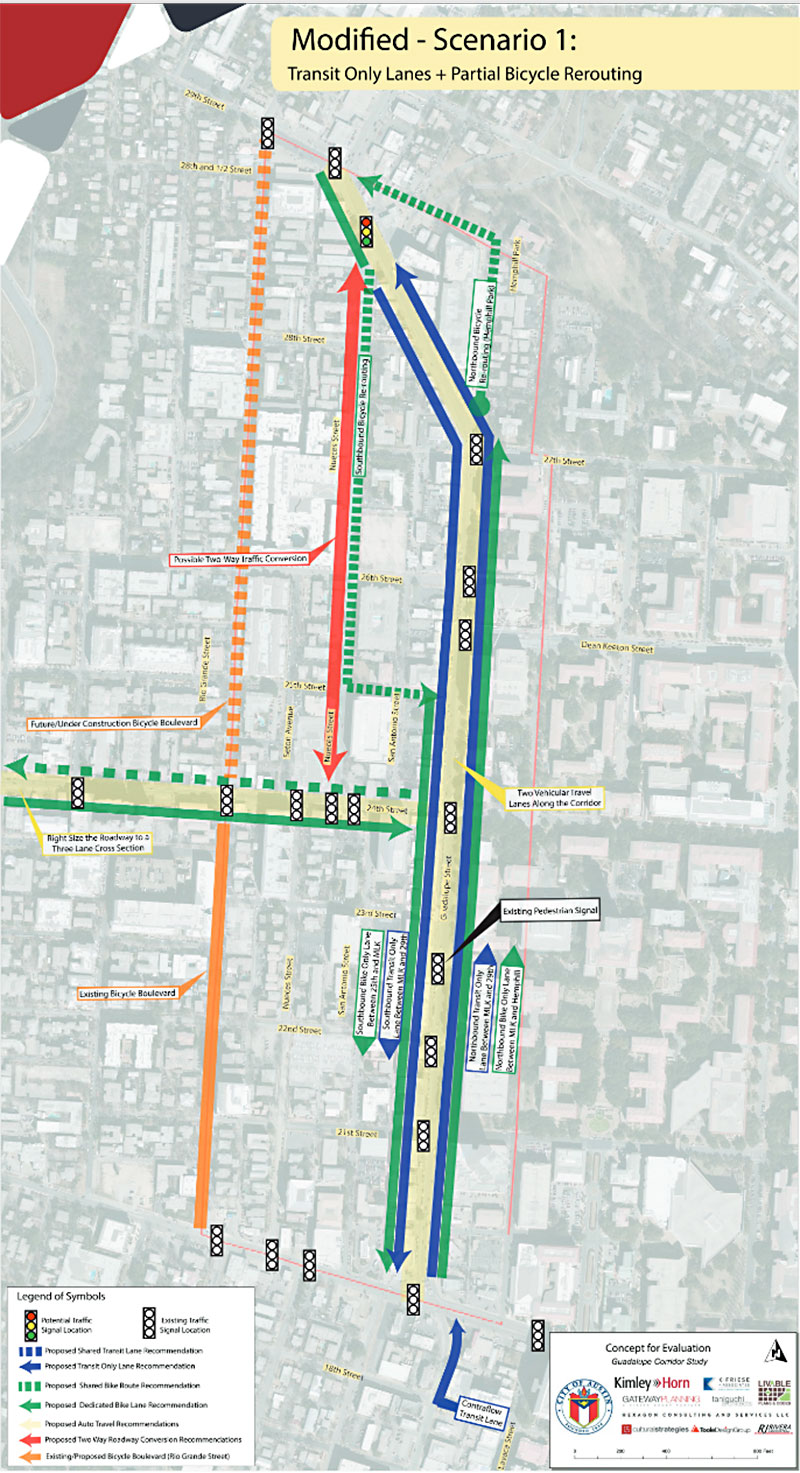 Scooters – or "micro-mobility devices" – are on the agenda as well, as Item 32 presents a proposed set of regulations on their use, which anyone who braved the streets Downtown during SXSW can attest is long overdue. For the most part, the regs extend most of the rights and responsibilities of a bicyclist to scooter riders, but allow them to operate on sidewalks as well as bike lanes and streets. Expect some proposed changes from the dais.

Meanwhile, of course, much of the real work of the ASMP is being done in the Austin Transporta­tion Depart­ment's Corridor Construc­tion Program, which is starting to roll out the major projects authorized in the 2016 Mobility Bond. The Corri­dor Program Office is hosting a couple of events this week to talk about their work:

• Guadalupe Street Corridor Information Fair: Guadalupe, spanning just the stretch from MLK to 29th Street, was the most intriguing of the Corridor Plans back during the bond drive in 2016 because of its iconic and intractable nature and because it was the only plan not yet finished at that time. The Guadalupe Corridor final report released at the end of 2017 presented four scenarios, plus a "preferred scenario ... which recommends transit-only lanes along most of the corridor and two-way operations for Nueces Street north of 24th" and rerouted bike lanes between 24th and 29th. See if that's still the plan, and/or talk with folks from Capital Metro's Project Connect, the Texas Capitol Complex Development, Austin 311 services, and more. Tue., April 1, 3-6pm at the University United Methodist Church, 2409 Guadalupe.