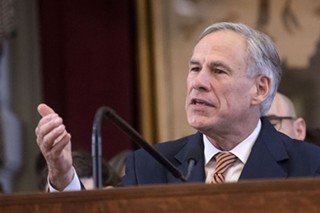 On March 22, in the latest episode of an ongoing melodrama at the State Office of Administrative Hearings, Gov. Greg Abbott nominated Kristofer Monson, subject to Senate confirmation, to become the state's new Chief Administrative Law Judge. The position has been in political limbo since Jan. 18, when incumbent Chief ALJ Lesli Ginn announced she would not be seeking reappointment – or, arguably, since May 1 of last year, when Ginn's two-year term nominally expired. Monson has spent 15 years in the Office of the Attorney General, working first for Abbott and now for Ken Paxton as assistant solicitor general. The governor's press release describes him as "an expert in Texas administrative practice and procedure," and Paxton also praised Monson and applauded his promotion. Monson ran in the 2018 GOP primary for a 3rd Court of Appeals seat, but failed to make the run-off.

Ginn's tenure erupted in controversy when she forced the resignation of ALJ Hunter Burkhalter, following complaints by the Texas Medical Board after his 2017 ruling against the agency in a case contested by Austin neurologist Robert Van Boven. Other ALJs left the agency following Burkhalter's dismissal, amid considerable protest. Vocal critic Ron Beal, a Baylor Law School professor who charged that Ginn was not only biased but unqualified, calls Monson "a highly skilled and experienced appellate lawyer in administrative law." He expressed concern that Monson has no direct experience as an ALJ, nor in managing SOAH's large docket of contested cases. "However," Beal continued, "if he is willing to be a collegial leader where he works with the judges to solve problems and relies on their experience, I have no doubt he can be a successful leader."