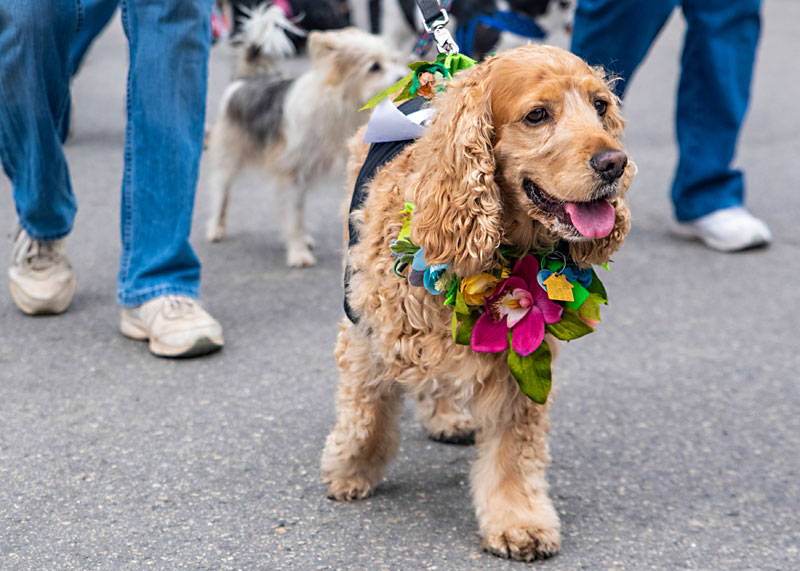 1,133 dogs (and their humans) converged at the Austin American-Statesman building on Saturday, March 23, for the 20th annual Mighty Texas Dog Walk, a one-mile pet walk and fundraiser for Service Dogs, Inc., a Central Texas nonprofit that provides trained assistance dogs free of charge for those in need. A sidelong goal of the event was to break the previous world record of world's largest photo shoot of owners and dogs – and that they did. (Photo by David Brendan Hall)

City Council Reconvenes The dais meets today, Thursday, March 28, with an 85-Item agenda, although plenty of oxygen may be devoted to the discussion of City Manager Spencer Cronk's requests for answers on Council's priorities for rewriting the land use code (i.e., After-CodeNEXT). If they plow through that, this week's contentious zoning cases should be a breeze.

The Complaint Department The Office of Police Oversight launched a service to encourage public feedback on interactions with Austin Police officers, which can be given online (www.atxpoliceoversight.org), via an anonymous phone line (512/972-2676), and during OPO visits to city libraries.

Capitol Whooping Cough The Texas Department of State Health Services is investigating a case of whooping cough at the state Capitol. A carrier of the highly contagious bacterial infection is suspected to have visited the building on March 21. Employees have been advised to start preventive antibiotics and to look into the vaccination for "optimal, longer-term" protection.

Death Watch Update Patrick Murphy of "Texas Seven" infamy is scheduled for execution today for a murder he didn't commit. Both the Texas Court of Criminal Appeals and federal court denied his latest appeals, and the Texas Board of Pardons and Paroles rejected his commutation request.

Great news, lake fans! The Texas Parks and Wildlife Department says no new lakes have been infested with invasive zebra mussels. Of the 60+ lakes monitored, 15 are infested, six are "positive" (i.e., the invasive species have been detected more than once), and eight are "suspect," as the mussel or larvae has been found only once.

UT's Airbnb Ban UT-Austin employees are barred from staying in Airbnb rentals while on business trips, following Texas' move to add Airbnb to a list of companies ineligible to receive state funds because they allegedly "boycott" Israel – which Airbnb says it does not do, but in November they announced plans to remove 200 listings in Israeli's West Bank due to safety concerns.

Movin' Right Along Austin FC has selected Austin Commercial as its construction manager and Gensler to handle architectural design for their 20,500-seat soccer park and stadium, set to break ground at McKalla Place in September.

United Way Pre-K The Austin school board approved an in-district charter to allow the United Way of Greater Austin to operate AISD's pre-K program. Pending approval from the Texas Educa­tion Agency, both would receive $1.5 million in state funding to expand the program outside of AISD schools.