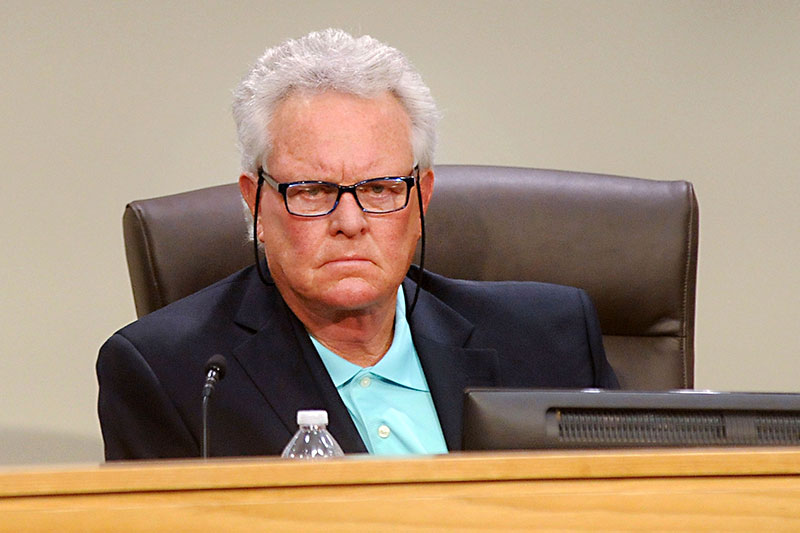 Although the 2020 party primaries are a year away, Democratic candidates are already lining up to challenge GOP incumbent Gerald Daugherty for his western Precinct 3 seat on the Travis County Commissioners Court. Three have declared – Sheri Soltes, Ann Howard, and Valinda Bolton – and judging from the rumor mill, they may not be the last.

Soltes has been campaigning since Jan­u­ary, under the motto "Start Early Work Hard," and hopes to build on her previous campaign for the Dem nomination for state House District 47 (eventually won by Vikki Good­win, who ousted GOP incumbent Paul Work­man). She's an attorney who left her practice to found the nonprofit Service Dogs, Inc., which trains service animals for veterans and others (last week, SDI hosted its annual fundraiser, the Mighty Texas Dog Walk). Her early campaign has emphasized transportation issues (a perennial Pct. 3 sore spot) and environmental protection, and she said she expects as many as five to nine candidates in the primary. Soltes' early supporters include 2018 congressional candidate Julie Oliver and agriculture commissioner nominee Kim Olson (now a candidate for a North Texas congressional seat).

On Sunday (March 24) afternoon at the Barn on Brodie Lane, Howard officially kicked off her campaign, declaring herself a "proud, progressive Democrat" and saying she's running in part because "progressive values are under attack" in Washington and at the Texas Capitol. Howard has directed the Ending Com­mun­ity Homelessness Coalition for eight years and said she felt an obligation to move "out of [her] comfort zone" to help lead the fight for progressive change. She was introduced by Austin City Council Members Ann Kitchen and Kathie Tovo, as well as ECHO board member Ann Denton – they all praised her work as an effective and empathetic advocate who has built public/private partnerships to address homelessness.

The third Democrat confirming her candidacy this week was Bolton, who previously served two terms in the D47 state House seat now held by Goodwin. "The leaves are barely out on the trees," she laughed, "and yet here we are." She said she's been talking to voters since January, expects to formally announce next month, and is "excited to bring my experience and expertise to the race."

Rumor has it more candidates are hovering, and incumbent Daugherty himself remains a wild card. This week, he said he is "highly likely not to run," then added, "but I've said that before." He doesn't expect to make a decision before midsummer, and it might depend on whether he believes a prospective opponent is reasonable on his most persistent focus, transportation (i.e., road-building). "It'll be interesting to see if there are more Democratic presidential candidates, or more Precinct 3 Democratic primary candidates."

At least one more Democrat, Rollingwood Alderwoman Amy Pattillo, said she's "still considering" a primary run (she's also sponsoring a proposal to change her position's title to "council member"). Pattillo said that with her legal practice, (unpaid) service on council, and other obligations, she'll need to decide by midsummer whether to run for re-election or for the Precinct 3 seat. "I want to do a good job at the things I'm already doing," she said.