SB 15, the boy who cried "voter fraud!" advance, and other Lege news 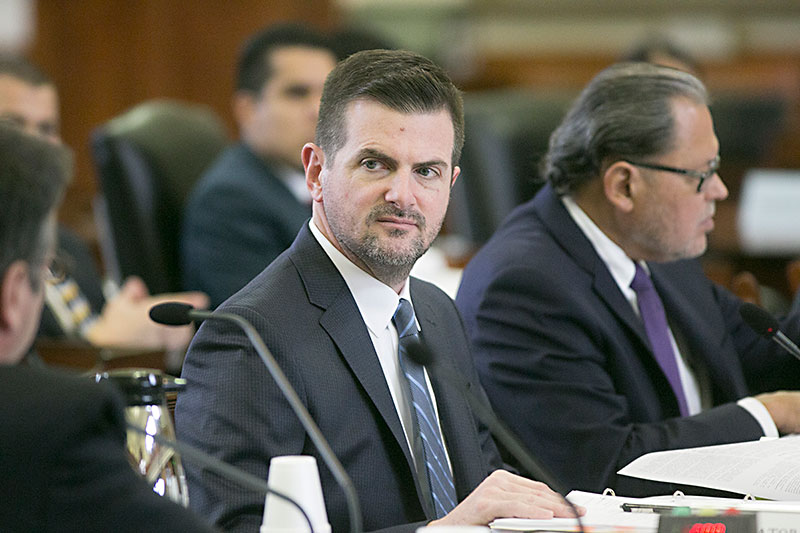 On Feb. 28, the Senate Committee on State Affairs advanced Senate Bill 15, which would prohibit cities from mandating that employers offer paid leave, including for holidays and sick days, and would nullify existing ordinances, including Austin's, now tied up in the courts.

“This bill before you is giving up on working Texans.” – Greg Casar

One of the bill's three primary authors, Sen. Brandon Creighton, R-Conroe, defends SB 15 as a way to prevent "meddling" in private business and to ensure "consistency across the state" rather than a "patchwork of laws that can change in a matter of miles." City Council Member Greg Casar, architect of Austin's ordinance, testified before State Affairs and pointed to the public health experts, advocates, and local businesses in his corner. "I know some of you don't like Austin too much; you think we go too far, but I'm here so you know where we're coming from," Casar said. "We are a city that is just trying to do better by our people. This bill before you is giving up on working Texans. It's saying, 'Let's wipe out worker protection laws across the state.'"

The Texas Public Policy Foundation and other groups backing SB 15 say it would save businesses from financial jeopardy, especially restaurants with part-time workers – but those challenging that claim include Adam Orman, co-owner of Austin restaurant L'oca d'oro. "We need to act in ways that sustain and grow not just our businesses, but the health of our communities," he said. "Paid sick leave should be the bare minimum offered to keep our employees healthy, which in turn keeps our communities healthy."

Embattled Texas Secretary of State David Whitley has cleared the Senate Committee on Nominations via a 4-3 party-line vote on Feb. 28. Amid his "voter fraud" fiasco, Whitley has drawn intense scrutiny – not to mention three lawsuits from civil rights groups – and it's more than possible that his road to confirmation by the full Senate, and with it his brief tenure as SoS, is coming to an end. All 12 Senate Democrats have vowed to block Whitley's nom; he would presumably need two of those votes to meet the two-thirds (of 31) threshold for confirmation. To save the chances of his lackey maintaining his post, Gov. Greg Abbott has instead thrown Texas Department of Public Safety Director Steve McCraw under the bus, saying Whitley was just relying on data that DPS knew was flawed. "DPS did not adequately communicate that to the secretary of state," said Abbott on a recent radio interview, "so part of the fault goes to [McCraw] for causing the error in the first place."

Kindergarten vs. Secretary of State

Meanwhile, in a frequently biting ruling released Feb. 27, U.S. District Judge Fred Biery ordered county officials across the state to end any purges of voter rolls triggered by Whitley's list of suspected "noncitizen" voters. Biery said evidence showed "there is no widespread voter fraud" and described the SoS move as a "ham-handed" attempt to "ferret the infinitesimal needles out of the haystack of 15 million Texas voters" that reflects "the power of government to strike fear and anxiety and intimidate the least powerful among us." Voter Registrar Bruce Elfant had been reviewing the Travis County list for accuracy and posting his findings on the county's website, but he has now suspended that work, having determined that nearly half of the county's voters on Whitley's list were there in error and not having enough information to rectify the others. Judge Biery concluded, "The Court further finds and concludes the Secretary of State, though perhaps unintentionally, created this mess. As Robert Fulghum taught in All I Really Need to Know I Learned in Kinder­garten, 'Always put things back where we found them and clean up our own messes.'"

It's All Downhill From Here

This Friday, March 8, marks the 60th day of session, which is the deadline for the unrestricted filing of bills and joint resolutions (other than local bills, emergency appropriations, and the governor's "emergency" items). To date, about 3,000 bills have been filed in the House and more than 1,000 in the Senate. The session has been relatively slow so far, but expect things to speed up in these last 80 days.

A version of this article appeared in print on March 8, 2019 with the headline: Lege Lines: Senate Delivers First Blow to Paid Sick Leave 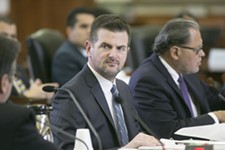