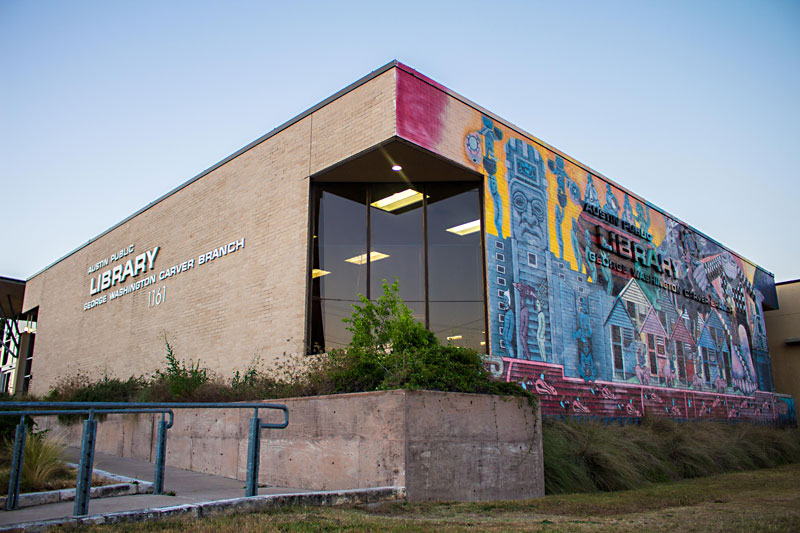 Activists asked the Library Commission this week to ask for an overhaul of the Austin Public Library's code of conduct policies regarding children, specifically with regard to de-escalation. The calls come a month after 13-year-old LaTashia Milli­gam was arrested at APL's Carver Branch. Rumors spread that she threatened to fight a classmate; when police responded, they picked Milligam up on an unrelated arrest warrant.

Black Sovereign Nation founder Njera Keith, who was at the Carver that afternoon, blames the inaction of library staff and security for the incident, along with APL's sparse policy guidance on issues arising among young library users. Keith and others, using the hashtag #Justicefor­LaTashia, want Library Director Roosevelt Weeks to create a systemwide policy supplemented by special training for librarians in dealing with black and brown youth.

Since Weeks has declined to make such a move, Keith hopes action by the Library Commission can attract the attention of the ultimate authority, City Manager Spencer Cronk. "The current policy is 20 years old and was rubber-stamped by the former director of the APL," Keith said. "So this was an opportunity for [Weeks] to draft something a little more modern and a little more appropriate for the political climate in Austin now."

Keith and her colleagues will get to speak their piece at the Library Com­mis­sion's March meeting, though it doesn't appear the library system feels any pressure to change. APL denies that its staff or security initiated the 911 call, and said through a spokesperson that it was instead the mother of the alleged victim who was connected after first calling 311 to report the incident. And while there's not much language specific to children and young people in the code of conduct, the spokesperson said APL's general policies apply to library users of all ages.

After running through a hodgepodge of amendments, City Council last week unanimously endorsed Greg Casar's "Afford­a­bil­ity Unlocked" resolution as the basis for a citywide program that will, hopefully, resolve the major problem with Austin's current density bonus regime – that not nearly enough developers use it. The City Manag­er's Office will work on an actual ordinance and come back in May: if enshrined, the Planning Commission will evaluate the program's efficacy after three years.

Casar then turned heads by being the only member to vote against the first reading approval of Items 37 and 38, which would allow for the redevelopment of two parcels on Town Lake Circle within the East Riverside Corridor Master Plan. The developers want to take part in the existing density bonus program to go up to 120 feet in height. The site, now an apartment complex called the Mesh, was zoned as neighborhood mixed-use in the ERC plan, to act as a buffer for other residential areas nearby, but, as staff noted, the area has already transformed immensely due to the nearby Oracle campus.

What concerns Casar is the fate of the families who live in the 300-unit Mesh complex. "It does seem that there is the intent to demolish some number of multifamily units, and given the importance of our conversations about displacement, I'm not ready to vote yes on this because I'm not ready to support a zoning case on any reading where I don't have the knowledge that I need about who is being displaced, when they would be displaced, [and] what protections might there be for these people," he said.

Pio Renteria, who represents the site in District 3, indicated his support despite Casar's concerns. "When I campaigned for [re-election], I was an advocate for adding density to the Riverside area, especially in this location," he said, noting the affordability concessions the developers have agreed to and arguing that public opposition could be made clear during the forthcoming public hearing. "We need to start doing something quickly," he added.

On Next Week's Agenda

Those two Town Lake Circle parcels will be back at Council's next regular meeting on March 7, with a public hearing and CMs nailing down the specifics on the affordability measures agreed to by the applicant. Unless the redevelopment terms were written by Dr. Evil, it seems hard to square turning down a deal that would add density and affordable units to a site currently occupied solely by market-rate units that's not protected from redevelopment anyway, while at the same time leading the charge to make similar deals happen throughout the city.