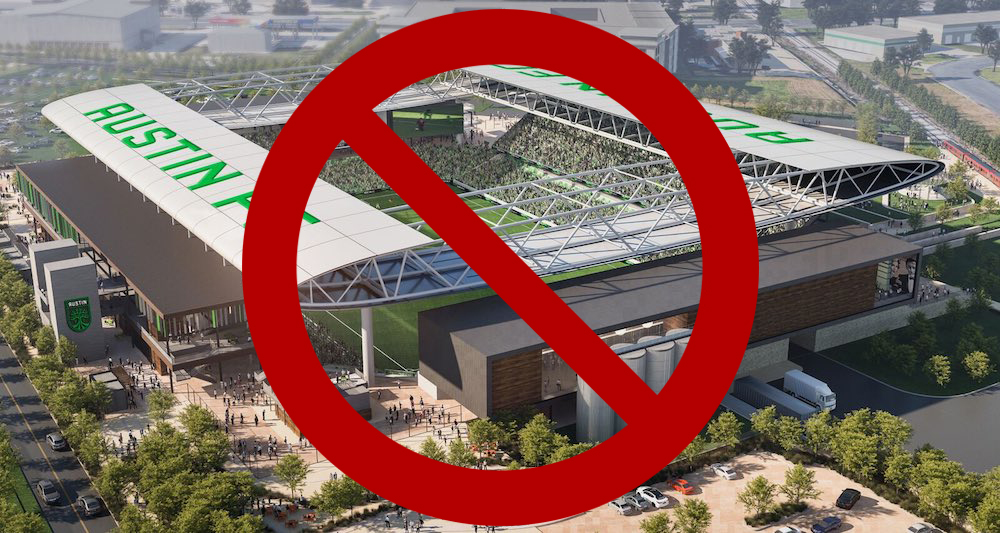 A petition aimed at halting plans to build a Major League Soccer stadium on city-owned land in North Austin for the new Austin FC franchise was validated by the city clerk on Feb. 11. The petition could result in a ballot measure put before voters in Novem­ber that, if passed, would require "any sale, lease, conveyance, mortgage or alienation of city-owned land for a sports facility, sports arena and/or concert stadium" to win "City Council and voter approval" before taking effect. Council is scheduled to consider its next steps at its meeting today, Feb. 21, which include the option of approving the proposed ordinance without an election, which is unlikely.

The petition drive began before the city reached an agreement with Precourt Sports Ventures to allow the construction of a 20,000-seat, $225 million, privately financed soccer park at McKalla Place near the Domain. Several different groups led the effort before the petition was finally submitted by the Friends of McKalla Place – an informal group of activists living near the stadium site. However, it appears the anti-MLS campaign is once again being run by Fair Play Austin – which is bankrolled by Bobby Epstein, chairman of Circuit of the Americas, which is home to another (non-MLS) soccer team, the Austin Bold FC. After the petition was validated, Fair Play spokesperson Chris Lippincott celebrated the announcement and criticized Council's decision to approve the Austin FC deal, which abates PSV's property taxes when (or if) the stadium opens in 2021. "The Austin City Council should not be picking winners and losers," the statement reads. "And local taxpayers should not be subsidizing a private and very profitable enterprise." The city and PSV have said that a defeat at the ballot box would be irrelevant to their already-inked plans, but others feel it could block PSV's ability to secure construction financing or building permits.