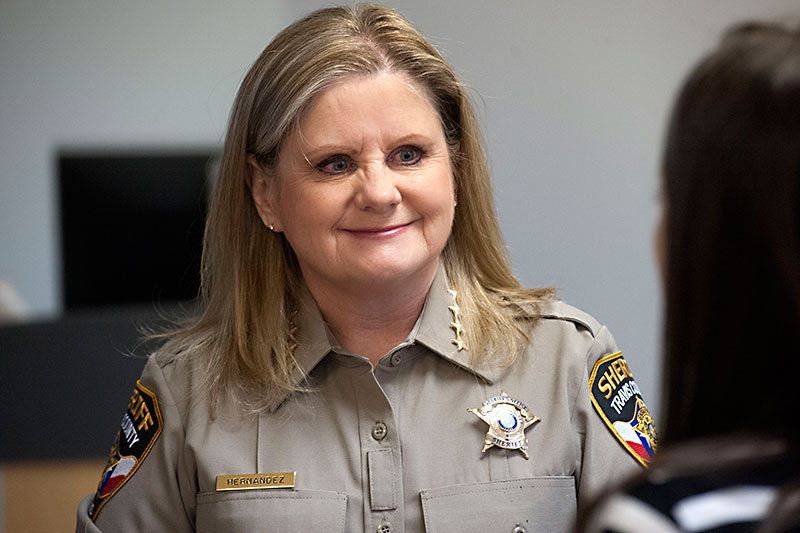 Travis County Sheriff Sally Hernandez is in hot water this week after a bizarre internal video shared with staff found itself posted to YouTube. Titled "Travis County Sheriff compares her Employees to Slaves," the video begins innocuously, with Hernandez exercising on a rowing machine and discussing individual goals for 2019, such as fitness or completing one's certifications, such as the "row test" – officially, the Physical Readiness Test, a timed 2,000-meter row with passing grades based on an officer's age, gender, and weight, which recently got a bit tougher.

The video takes a quick turn for the worse, however, as the smiling sheriff dissolves into the galley scene from Ben-Hur (the Charlton Heston version), where he and the other slaves are ordered to "row faster!" The next shot is of a TCSO row test, with Hernandez looking on as instructors prod a class of cadets with jump ropes meant to imitate whips.

Many of TCSO's 1,700 employees were not happy to receive this message in their inboxes last week, as Hernandez learned pretty quickly. Less than 24 hours after the email, Hernandez apologized. "I was hoping to demonstrate the change in the row test; all of us having to do it faster," she wrote to the rank and file on Feb. 7. "I was hoping to communicate that the challenge of rowing a little faster is shared from the head of the agency down, including the head of academy, deputies, officers, and cadets, but that we could do it together." One county source called it a "failed attempt" at bonding with staff.

A version of this article appeared in print on February 15, 2019 with the headline: Sheriff Shamed for Video Misfire