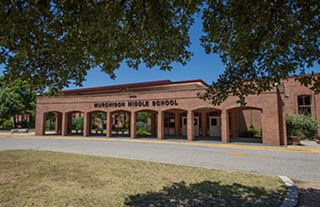 The principal at Murchison Middle School resigned abruptly on Wednesday, Feb. 6, after two students who attended the school were arrested on charges stemming from the fatal stabbing of an Anderson High student in January. Brad Clark, who'd led the school since May 2017, cited "recent challenges" as his motivation, in a letter sent to Murchison families; "I have decided to step down as principal ... so that a new leader can bring healing to our campus," he wrote.

Carson Smith, the Anderson High student, was found by Austin-Travis County EMS with a mortal wound around 6pm on Jan. 25 at the 8100 block of Sonnet Avenue, and later died at Dell Seton Medical Center. The two Murchison students, aged 13 and 15, were arrested by Austin police three days later; their names have been withheld because they are minors.

AISD has named Beth Newton, the principal at Hill Elementary (which adjoins Anderson High), as interim principal at Murchison for the rest of the year.

A version of this article appeared in print on February 15, 2019 with the headline: Post-Murder Murchison Shake-Up