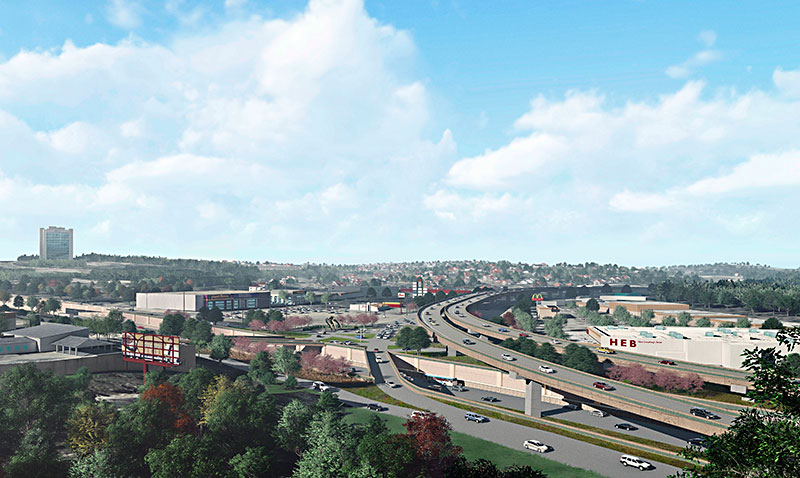 In its first substantive meeting of the year last Thursday, Jan. 31, City Council ordered an independent investigation of how the Austin Police Department has handled sexual assault cases (for more, see "Council Calls for Audit of APD Rape Cases," Feb. 8); set into motion a monumental shift in how the city addresses homelessness; and dove into a proxy war over the Texas Department of Transportation's latest plans to overhaul the traffic-choked Y at Oak Hill.

Concerned residents from the Oak Hill Association of Neighborhoods, along with the Save Barton Creek Association, came to Council to urge it to reject Items 30-32, a deal that would send TxDOT $3.3 million from the city's 2016 Mobility Bond for right-of-way acquisition to rebuild the notorious interchange of highways 290 and 71. While this represents a tiny portion of TxDOT's planned $500 million investment in what it calls the "Oak Hill Parkway," opponents hoped that the city could put on pressure to force more changes to the long-in-the-making highway project, which they describe as "the Grinch that stole Oak Hill." Neighbors shared their concerns about pollution threats to the fragile Edwards Aquifer, extended construction impacts, traffic patterns, and destruction of the heritage oak trees that give the community its name.

However, the funding motion eventually passed 8-2, with Council Members Leslie Pool and Greg Casar – not typically on the same side of development issues – voting no, and CM Jimmy Flannigan absent. "We live in a region," Mayor Steve Adler said before the vote. "Sometimes projects are going to be a regional determination; it's not always an Austin determination. In this case, I think it's the regional needs that are driving this project. It's going to happen, and I think what's happened here will make this the best possible project." Adler also serves as vice chair of the Capital Area Metropolitan Planning Organization, the six-county body that approves major transportation projects and gives voice to the "regional" stakeholders – in this case, in western Travis and Hays counties – over a project that'll be located almost entirely within the Austin city limits.

“It’s a very difficult area of town to try to find the perfect solution.” – Paige Ellis

The new Council member who represents Oak Hill, Paige Ellis, thanked the District 8 residents who spoke on both sides of the issue, as well as the environmental community, for the work done thus far to improve the project. "It's a very difficult area of town to try to find the perfect solution, but I think that these agreements allow us to stay at the table in a collaborative process, especially regarding environmental protection," she said. "And it helps us, in partnering on this project, to address other mobility concerns as we look at how to spend our bond money."

Pool said her vote reflected her "disappointment" with what she characterized as a "massive concrete behemoth," asking the chambers, "If building ourselves out of congestion doesn't work" – a common mantra for transit advocates and opponents of the highway lobby – "why does building ourselves out of congestion work in Oak Hill?" Casar, who generally is part of that same pro-transit urbanist cadre, said he was encouraged by the environmental efforts made to improve the project, but ultimately couldn't support a highway expansion. However, CM Ann Kitchen, Council's de facto mobility leader in her first term, said that while she's "horrified" by TxDOT's plans and how they conflict with the city's long-term transit goals, that was a separate question from the $3.3 million right-of-way deal, which could be a "vehicle" for city staff to continue to ease the project's impact.

As expected, Council moved forward with its planned reboot of the Austin Resource Center for the Homeless, approving an $13.5 million contract for (up to) five years with nonprofit Front Steps, which currently manages the ARCH but will do so henceforth under a significantly different "housing first" model that will offer more case management services, but fewer shelter beds, to fewer people. This means the city must now speed up its efforts to expand its supply of emergency shelter beds – both Downtown and throughout Austin – and elsewhere on the agenda, Council directed City Manager Spencer Cronk to begin work on plans to have those beds available by the end of the current fiscal year in Septem­ber. Council also told Cronk to prioritize collaborative efforts with Austin ISD that could create more housing opportunities on publicly owned land, part of its rollout of new affordability strategies to make the most of the $250 million housing bond approved by voters in November.

Council Member Greg Casar's proposal for a revamped affordable housing density bonus program (see below), first broached with his colleagues at Tuesday's work session, is destined for the dais later this month. On that subject, today (Thursday, Feb. 7), Council will tackle a brief 57-Item agenda that includes its endorsement of applications (to the state) for low-income housing tax credits for many of the sorts of projects Casar's proposal would aid. In addition, the proposed deal to sublease part of the Austin Public Library's Recycled Reads used book store on Burnet Road – to another nonprofit – has some book lovers convinced the program is on the chopping block. (They're right – the library wants eventually to move away from having a single dedicated used book store, particularly one in leased space separate from any branch location – but the item is still posted on the consent agenda.)