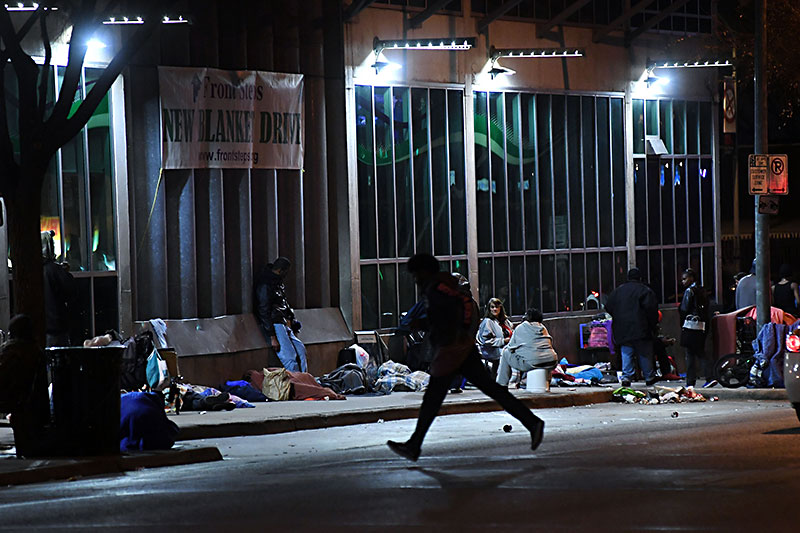 Outside the ARCH in 2017 (Photo by John Anderson)

City Council returns to the dais today, Thursday, Jan. 31. It'll be interesting to study new members Paige Ellis and Natasha Harper-Madison and their respective idiosyncrasies, though how anyone could top Harper-Madison's D1 predecessor Ora Houston in the idiosyncrasy department is beyond me. There'll also be a new dynamic at play with newly elevated Mayor Pro Tem Delia Garza as the theoretical second-in-command, though former MPT Kathie Tovo remains on her ideological perch as chief representative for neighborhood interests after graciously turning her title over to Garza on Jan 6.

The star attraction of the 79-Item agenda is CM Alison Alter's resolution requesting a third-party audit of the Austin Police Department's handling of sexual assault cases, in the wake of unflattering national headlines and a concerning review by the Texas Department of Public Safety (for more on that continuing story, see austinchronicle.com/daily/news/). But it will also be an important meeting on the topic of homelessness – identified last year as Council's No. 1 priority – as members consider a new contract with nonprofit Front Steps to operate the Austin Resource Center for the Homeless, as well as a separate resolution directing the city manager to work on expanding Austin's shelter capacity.

The percentage of our population sleeping on the street on any given night continues to climb.

This work on homelessness comes at a dire time for Austin, as the percentage of our population sleeping on the street on any given night continues to climb (a 5% jump between 2017 and 2018; the 2019 "point in time" count spearheaded by the Ending Community Homelessness Coalition took place early last Saturday, Jan. 26). Front Steps, which currently runs ARCH, was one of only two contractors to apply last fall for the new contract after Council recalibrated its vision and expectations for the facility. Among the most monumental changes: All ARCH clients will receive case management services from now on, about a 70% increase from current operations, in addition to the Coordinated Assessment that helps determine appropriate housing interventions and connects clients to service providers.

Despite expert warnings last year that the $2.7 million the city currently pays Front Steps each year wouldn't be enough to deliver this increased level of service, the agenda item still offers $13 million for five years (including two potential one-year extensions). So how is Front Steps going to do more with the same? At Tuesday's work session, Council discussed raising the ARCH budget $300,000 to help pay its contractors the city's living wage of $15. Ultimately, it's hoped the shift in focus will help Front Steps better manage the ARCH workload; ECHO director Ann Howard explained that lowering the number of beds at the shelter is essential. "Over time you're actually able to serve more people, because you create a flow that's more efficient," she says.

As Tovo noted to the Chronicle earlier this month ("10-1, Take Two," Jan. 11), this creates a need for new shelter beds, throughout the city, that the city is already behind schedule on delivering. Under the new Front Steps contract, the ARCH will have 130 overnight shelter beds, 60 fewer than before, and nearly 200 fewer openings in its Day Resource Center. Item 78 on today's agenda directs City Manager Spencer Cronk to return by May with a report outlining the city's best options for piloting immediate shelter beds with supportive services that can help people secure permanent housing. Ideally, Council would like to see the first of these emergency shelters open by the end of September.

Y Don't They Do It In The Road

A trio of Items (30-32) regarding the Texas Department of Transportation's proposed Y at Oak Hill overhaul is sure to cause a stir. The Oak Hill Association of Neighborhoods has made an epic stink about the project, which the group says would "devastate the local environment and cause years of construction delays." Council is being asked by TxDOT, the Capital Area Metropolitan Planning Organ­iz­ation, and the city's own transportation department to authorize a $3.3 million payment, to help purchase right of way, from the 2016 Mobility Bond. But OHAN Presi­dent Cynthia Wilcox said, "We are optimistic that the mayor and City Council will help us achieve a better outcome – one that TxDOT and CAMPO can be proud of, and one that will be an asset to the community and model for future projects."

Elsewhere on the agenda, Council will consider a proposal to use the Texas Ethics Commission's electronic filing system to archive campaign finance reports; a resolution directing the city manager to prioritize collaboration with Austin ISD on ways (such as housing) to use publicly owned land, and a healthy slate of zoning cases. That's really the true test for new CMs Ellis and Harper-Madison – how will they hold up during hours of zoning testimony? We'll see!