With Climate Change Award, Bloomberg Makes It Rain in Austin 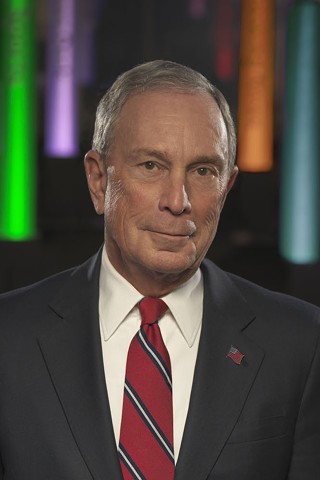 The budding friendship between Austin and former New York City Mayor Michael Bloomberg continued to blossom last week, as the media mogul and potential 2020 presidential candidate came to town Friday, Jan. 11, to announce Austin's selection as a winner of Bloomberg Philanthropies' American Cities Climate Challenge. Austin joins 24 other U.S. cities, including San Antonio, that have received funds from the Bloomberg program (about $2.5 million in our case) to speed up efforts to meet and beat our civic carbon reduction goals.

"Austin is fighting hard to mitigate climate change, from investing heavily in wind and solar energy production to approving a 100-year strategic water plan that conserves precious resources," Austin Mayor Steve Adler told media, adding that the gift allows the city to "go even further to reduce emissions and promote a healthier environment for our residents." Funding from Bloomberg will go toward already-existing programs in transportation, green building, and Austin Energy, including efficiency retrofits in municipal buildings.

Bloomberg, who is a United Nations Special Envoy for Climate Action on top of being worth an estimated $45 billion, conceived of the Climate Challenge as a means to help the U.S. achieve, through its cities, states, businesses, universities, and citizens, the decarbonization goals agreed to in the Paris accords – despite President Trump's petulant abandonment of the Agreement. Having captured City Hall in the Big Apple as both a Republican and an independent, Bloomberg is now assessing his presidential potential (again) as an entrant in the crowded Democratic primary field – potential that can only be increased by his largesse and connection-building across the country. Climate change is just one of several domains upon which Bloomberg Philanthropies has made it rain in Austin; the charity has also funded the work of the city Innovation Office's "iTeam" to forge solutions to our homelessness crisis, and last year gave millions in awards to 26 Austin arts and cultural groups.