The Duchess of Palms 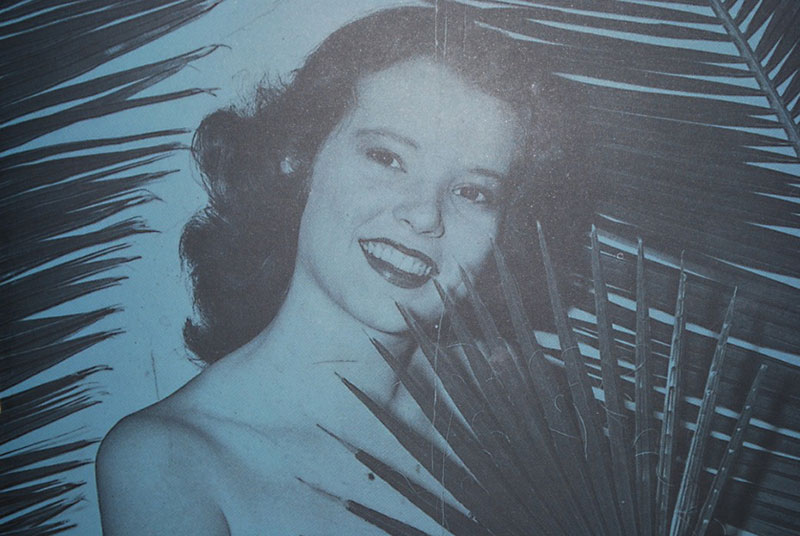 In her 2009 memoir Duchess of Palms, Nadine Eckhardt summarizes her personal journey as of 1977: "I emerged from divorce [from Congressman Bob Eckhardt] as a forty-six-year-old Fifties girl who had been altered by the Sixties, the Vietnam War, the women's movement, Buddhism, yoga, and three years of psychotherapy. And I had my real estate license. I was empowered and humbled at the same time. I was smarter, softer, and more confident."

That autobiographical snapshot barely scratches the surface of Nadine Ellen Cannon Brammer Eckhardt's extraordinary life, which ended in Austin on Dec. 8, at 87 years. She will be remembered Tuesday evening, Jan. 22, 6-9pm at Saengerrunde Hall in a time-traveling gathering of Aus­tin's liberals, literati, artists, and celebrants both contemporary and stretching back 50 years or more. The venue is particularly appropriate, as neighboring Scholz Garten was Austin's social center for the Fifties' hip, liberal political life – memorialized by Billy Lee Brammer in The Gay Place (1961) as the "Dearly Beloved Beer and Garden Party." Nadine, married to Brammer at the time, was the Duchess of that party as well, and in due course carried its atmosphere of engaged camaraderie to D.C., Houston, New York, and elsewhere – wherever she happened to take up her next adventure.

That's how her family best remembers her: a freewheeling "adventurer" who was always ready to accept the next challenge, whether familial, cultural, romantic, or political. Travis County Judge Sarah Eck­hardt says what she remembers most about her mother was her relentless challenging of the "status quo"; as Sarah put it in a Facebook remembrance, "She pushed boundaries to find out who she truly was, not who others thought she should be. She broke rules to find out why they existed in the first place. She questioned the very nature of reality."

One thread running through Duchess of Palms (and, more recently, through Tracy Daugherty's new biography of Billy Lee, Leaving the Gay Place) is that of a "Fifties girl" conditioned to be overshadowed by the life of her man, and of men generally. Sarah Eckhardt asked, "What does it say about our time that we still describe a woman's life by her relationships to men?" She told the Chronicle that for her mother's generation, an adventurous woman was seen as "flighty or irresponsible."

“Nadine was never in anybody’s shadow. If anything, she was the main feature.” – Shelby Brammer

"If my mom were a man," reflected Sarah, "she would be considered a Renaissance figure straddling a generational divide." Said daughter Shelby Brammer, "Nadine was never in anybody's shadow. If anything, she was the main feature."

There are four children in all: the three Brammers (Sidney, Shelby, and William, aka "Willie") and Sarah (of second husband Bob Eckhardt, who died in 2001). The marriages to a meteorically famous young novelist and later to a rising political star whom Nadine helped forge into a congressman (representing North Houston from 1967 to 1981) were the headline stories, but Nadine Eckhardt seems to have led several lifetimes of adventures. Daughter Sidney Brammer said, "We're having some trouble organizing the eulogists, because there are so many different stages, so many variations in her life. Everybody knows a different Nadine."

All recall Nadine's extraordinary beauty, an inevitable impression memorialized in photos taken throughout her life. Shelby says, "I can remember as a child looking at her as she got ready to go out, looking into her mirror. To this day, I think she was the most attractive person I've ever seen."

As Nadine recounts in Duchess of Palms, McAllen – where she won that beauty queen title at 17 – wasn't about to hold her. "Around this time I realized that there wasn't much more to do in the Magic Valley other than get married." She saved money from a drugstore job to enroll at North Texas State Col­lege (now the University of North Texas) in Denton, where she met Billy Lee; after an Austin transition, the two were drawn into the political vortex that was Lyndon Baines Johnson (model for Arthur "Goddam" Fen­ste­maker in The Gay Place). That connection initiated the first of two lengthy stints in D.C., where Nadine – who called herself a "compulsive moderate" – served as an unofficial conduit between progressive movements and mainstream Demo­crats. "She cut through boundaries of race, class, gender, and age," wrote Sarah, "like a hot knife through butter."

"The one thing that Nadine taught me was her whimsy," said Susan Streit Walker. They met in 1972, and in 1974 Nadine was maid of honor at Susan's marriage to Jerry Jeff Walker. "Nadine was always was up for anything. If she heard of a good idea, we were off to do it. ... We're all going to miss her." In the Eighties, another good idea was Nadine's Restaurant in East Austin, opened with son Willie Brammer Eckhardt ("30 years ahead of its time," he said) and known for its popularity with musicians as well as politicians. "Always, people just gravitated to her," remembers Willie. "I caught a little bit of that overflow of love." He also recalled, wistfully, Nadine's waning last days in Austin, including a final Thanks­giving meal with her family. "She was real peaceful, real quiet, and real brave."

"As willful as she could be," echoed Sid­ney, "she cut a path for her daughters and for other younger women by example – not so much in a political kind of way, but in the way she lived, from the very start." 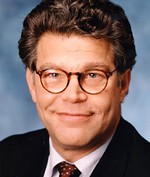