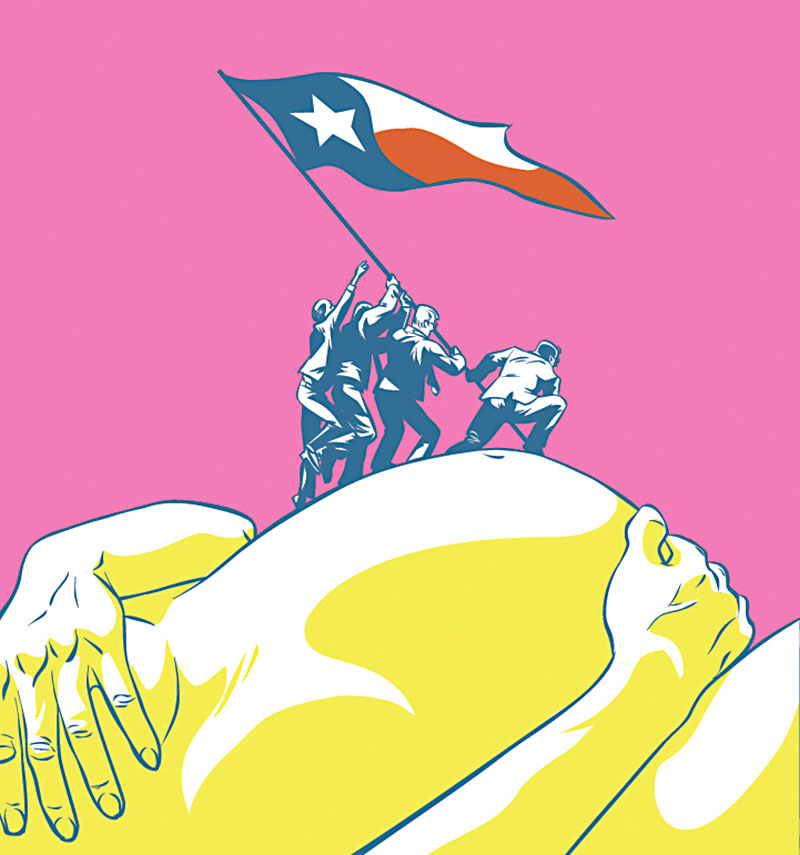 Imagine if nearly all of Texas' onerous and most restrictive abortion laws over the past two decades were struck down in one fell swoop. That's what abortion providers and funding groups are hoping to achieve with their latest suit, Whole Woman's Health Alliance v. Paxton, a sweeping challenge to dozens of the state's anti-choice laws.

Dubbed the "People's Lawsuit" by abortion rights advocates, the ambitious action filed in June argues that those burdensome laws, including the 24-hour pre-procedure sonogram and a rule that forces doctors to provide state-mandated misinformation about abortion, can now be undone in light of the 2016 Supreme Court Hellerstedt decision ("Groups File Expansive Suit to Challenge Dozens of Abortion Restrictions," June 14, 2018) that overturned Texas' House Bill 2.

But state officials are working to make sure that the People's Lawsuit never sees the legal light of day. In federal court in Austin Monday, Jan. 7, providers including Whole Woman's Health Alliance, the Afiya Center, Fund Texas Choice, and the Lilith Fund, represented by the Austin attorney Patrick O'Connell and the Lawyering Project's Steph­a­nie Toti – who brought you the SCOTUS victory in Hellerstedt – argued against the state's motion to dismiss the lawsuit in an hourlong hearing before U.S. District Judge Lee Yeakel.

Beth Klusmann, assistant solicitor general in the Texas Attorney General's Office, accused the plaintiffs of attempting to upend the "entire state regulatory system" with "meritless claims." Klusmann said it was "absurd" to argue that the slew of abortion rules in question pose an undue burden on women, and accused abortion funders – nonprofit assistance groups that help largely low-income women obtain care, often on a volunteer basis – of being motivated by financial interests rather than their clients' best interests. They "want their dollar to stretch further," said Klusmann of the plaintiffs.

Meanwhile, Toti argued for the plaintiffs that the string of restrictive laws has caused abortion in Texas to be less affordable, more stigmatized, and further out of reach logistically, especially for low-income women and people of color. The Hellerstedt ruling helped invalidate the grounds upon which several of Texas' prior laws were upheld by the 5th U.S. Circuit Court of Appeals, making them now ripe for scrutiny. "Once upon a time, Texas had a reasonable regime to regulate abortion, but over time the state incrementally added more laws that became burdensome and unwieldy, making it incredibly difficult for patients and providers to navigate," said Toti.

Before a packed courtroom, Yeakel, who often finds himself the arbiter in the state's abortion wars, told both sides that their pleadings were a bit convoluted, although the oral arguments helped clear some of that confusion. Yeakel didn't indicate when he'd rule on the motion, but said another option might be for the parties to re-plead the case so they could lay out the issues more clearly.

"We are proud to lead another legal challenge in Texas," said Whole Woman's Health CEO Amy Hagstrom Miller, decrying the state's motion as "an evasive maneuver. ... Tex­ans deserve better. Abortion care is health care, and we're ready to make our case and get back to what we do best – providing dignified and compassionate health care."