It was only a matter of time. Just days before she departed from City Council, lone Republican Ellen Troxclair reported for duty at her ideological mother ship, the Texas Public Policy Foundation, to advocate for property tax "reform" at the Capitol. Gov. Greg Abbott has called for a 2.5% annual cap on increases in property tax revenue going to cities, counties, and school districts, a move that those local entities fear would restrict their ability to provide basic services. Troxclair, who consistently voted against tax increases during her one term, is no stranger to TPPF, having spoken at events highlighting its opposition to measures approved by the Council on which she served, such as ride-hailing regulations. (She also, controversially, testified at the Capitol in support of bills that would overturn policies adopted by the Council.)

"While my service on #ATX Council is ending, the fight on behalf of families who are being forced out of their homes and businesses due to rising property taxes is not over," Troxclair tweeted. "I am excited to join with @TPPF as a Senior Fellow to continue this work." Now untethered by any shame over attacking the city government that paid her $76,086 a year for that "service," Troxclair now has all the freedom and individual liberty (freedom! liberty!) she could desire to fight back against the nanny-state busybodies and ignorant wastewads whose politics are preferred by the vast majority of her fellow citizens.

A version of this article appeared in print on January 11, 2019 with the headline: Of Course, Troxclair Joins TPPF 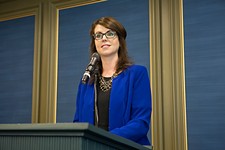 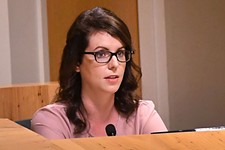 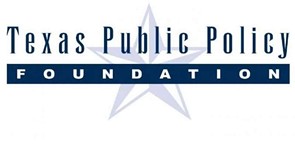