Group looks to take anti-stadium petition to the polls 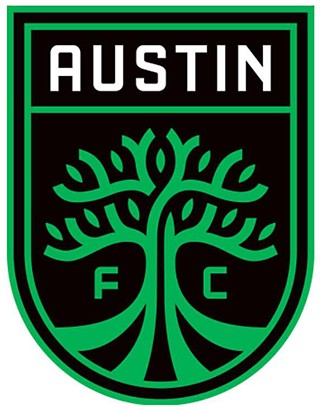 Major League Soccer Commissioner Don Garber is expected to travel to Austin next week to officially recognize Austin FC as the league's 27th team. Garber will be alongside Mayor Steve Adler and Austin FC chairman/CEO Anthony Precourt (the now-former owner of the Columbus Crew SC) at the Rustic Tap, as they announce what Austin soccer fans have been itching for since the ill-fated Austin Aztex went dormant in 2016.

But a group of dissatisfied neighbors near the team's future stadium site at McKalla Place hope to put a stop to everyone's fun with a petition submitted last week that could force the stadium deal between the city and Precourt – and other similar land use deals – to the voters. In a press release sent anonymously from a "Friends of McKalla" email account, the group announced the delivery of 29,000 signatures to the City Clerk's Office for validation. The McKalla Friends raised now-familiar complaints: It's a tax giveaway, the voters deserve a say, the McKalla lot deserves a proper request for proposal process, etc. A "representative of Friends of McKalla Place" wrote in the email: "We are resolved to fight against big money, special interests and bad policy so Austin taxpayers get the fair deal we deserve."

The identity of who sent the email, however, remains a mystery. No one has responded to messages sent to "Friends of McKalla" by the Chronicle. One person named in the email, Craig Nazor (an environmental activist and vocal opponent of Precourt's stadium deal), told us that the group was started by various members of the Gracywoods Neigh­borhood Association and the North Austin Civic Association, both of which have likewise opposed the plan.

Whoever they are, the Friends of McKalla Place have picked up the pieces of the anti-soccer petition drive begun by IndyAustin, before their campaign ended in anti-Semitic embarrassment. Following that debacle, the effort was backed by a new group called Fair Play Austin, founded by Circuit of the Amer­icas Chairman Bobby Epstein. But after the deal between Precourt and the city was finalized, and the legal case against Precourt in Columbus faded away, Epstein did so himself – until Francoise Luca came knocking around Thanksgiving.

That's according to Nikelle Meade, a partner at the law firm Husch Blackwell and an adviser to the Fair Play Austin PAC. Meade said Luca called and asked what Fair Play planned to do with the signatures. The PAC had no plans for them, so Meade agreed to hand them over. Luca, president of the Gracy­woods NA, confirmed Meade's account, adding that the Friends of McKalla group has no plans to organize as a formal political group, "because our volunteers don't have the time." Luca explained that the press release was sent anonymously because no member of the group has the capacity to be available to the media. "I have a very busy personal life," Luca said. "I don't have a staff or a fancy office; we're talking grassroots here. It's not a lack of transparency, it's a lack of resources."

What happens next is unclear. First the signatures have to be validated, and even then an election might be delayed until November; the City Charter prevents citizen-driven initiatives from coming to voters within six months of previous measures (we had two in November). As for Epstein's future involvement, Meade said: "Bobby did create the Fair Play PAC, and I think it will continue to be engaged in the petition effort if it goes to the ballot." Epstein, who is building his own stadium at COTA for the United Soccer League's Austin Bold FC franchise, declined to comment on any future plans he or the PAC may have regarding McKalla Place.

A version of this article appeared in print on January 11, 2019 with the headline: Anti-Soccer Petition Finally Limps In