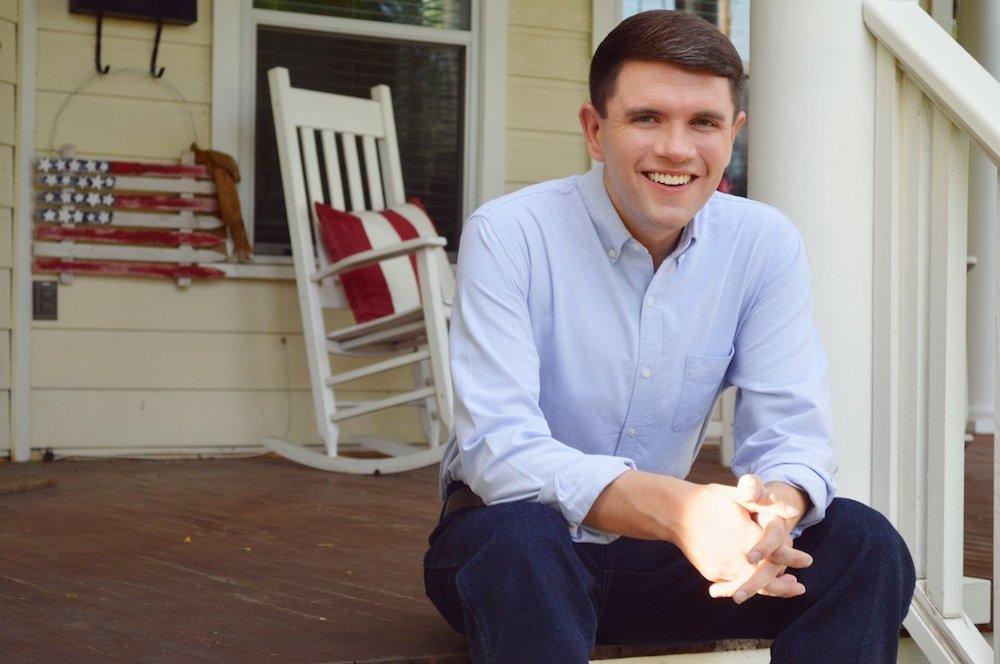 James Talarico (HD-52), one of the youngest members of the Texas House, was sworn in after his November election district to represent eastern Williamson County, including Round Rock and parts of Austin. The UT and Harvard graduate formerly taught in the San Antonio public schools. – Austin Sanders

Austin Chronicle: You're a young state representative. What political experience do you have that will help you in the Legislative session?

James Talarico: While I was at the University of Texas in 2011, I helped organize students opposed to proposed cuts to education spending. We held rallies, marches and testified at committee hearings – just general tools available in your legislative advocacy toolbox. I was involved in student government and other activist groups, so I decided to step up and serve in that way.

AC: What about that experience prepared you for the 86th Legislature?

JT: Well, obviously, we didn't stop those cuts to education. But I feel that sometimes you're more defined by failures than successes. That session saw deep, destructive cuts to education, but I walked away encouraged by our efforts to organize students, and also aware of the enormous amount of work still left to do to protect public education in the state.

AC: What is your biggest goal going into the session?

JT: Definitely school finance reform. We have to recognize that there isn't a blue or red way to fix public education; there's only a right way. I want to work with anybody and everybody to do that. When you're motivated by kids, suddenly partisanship seems unimportant. Party affiliation and political games seem unimportant.

“I believe equitable education will be the civil rights issue of our generation.”

AC: That's an idealistic approach, but ideology definitely gets in the way on issues like school finance. How do you plan to overcome that?

JT: Fortunately there is a lot more that unites Texans than divides us. At the end of the day, we all mostly agree on the same values; we disagree on how to achieve those values through public policy. But with enough discourse and dialogue, and empathy, we can chart our path toward some common ground. That's what I learned as a nonprofit leader. I worked with Gov. Abbott, and our board members were often Republican businessmen who had different political ideologies than I did, but we all wanted to change education in Texas for the better.

AC: Why should public education be an important issue for Texans?

AC: How do you plan to achieve your policy goals as a freshman lawmaker?

JT: My No. 1 goal is to not be confused for an intern (laughs). It's going to be a balance. I feel reverence and respect for the people who came before me, so I'm anxious to learn how this process works. I also feel like I have a unique experience as an educator and nonprofit leader to share with my more experienced colleagues.

AC: What would meaningful school finance reform look like to you?

JT: It means a couple of things. One, an infusion of more funds into the system; there have been varying estimates on how to get there, but there has to be more. Second, we have to update the byzantine system we use to fund schools. The Cost of Education Index hasn't been updated since 1984, when I was negative-six years old (laughs). That's a problem, especially for places like Round Rock and Austin which are very different than they were in the 1980s. We also need to update our recapture system, and the last thing is property tax relief. So many people in Central Texas are being priced out of their homes because of escalating property taxes. That's a direct result of the state's refusal to fund its fair share of schools.

I'm not interested in moving the ball a few yards down this field. We've done that the past few sessions. People are tired of incremental progress and it's time to pass something more comprehensive. And I hope the new blood at the Capitol will help push for that. We can't go back to our constituents and say, "Hey, we made some solid progress, but you’re still not going to see any change in your pocketbook or at your school." We need to walk away from a regular or a special session with a real fix.

JT: Certainly all options are on the table, and I believe there's room in our current state budget to put more money into public education. There are so many loopholes in the budget that are outdated and inefficient that need to be closed.

JT:Just as one example: There's an exemption called the high Cost Natural Gas Exemption. It was put in place in the 1980s when it was more expensive to drill for natural gas. Technology has advanced and it's no longer as difficult, but because of special interests that exemption is still in place in our tax code, costing us about $1 billion a biennium.

We're also sending about $800 million per biennium to the border with Mexico for "increased border security." Most immigration experts tell you [most] undocumented immigrants don't just walk over the border. They come on planes and cars and they overstay their visas. So putting a bunch of boats, planes and border patrol agents on the physical border is expensive and also does not solve the problem. Everyone will admit it's just political grandstanding. Certain lawmakers want to appease extreme parts of their base. And they do it by pumping money we don't have down to the border. I'd rather take that money and put it back into public education and help increase the basic allotment, for instance.

“Putting a bunch of boats, planes, and border patrol agents on the physical border is expensive and also does not solve the problem. ... [I]t’s just political grandstanding.”

AC: How realistic is the goal of diverting funds from border security?

JT: Well, I believe our immigration system is broken, too. We need comprehensive immigration reform, both for security and for the safety and well-being of our immigrant communities. So I am wholeheartedly in favor of that. All I'm saying is we're wasting money on dumb things. If you care about undocumented immigration, sending more boats to the Rio Grande isn't fixing that, because that's not where they're coming from. It's just stilly and nonsensical. We're talking past each other on this issue. My hope is that common sense will prevail and we can solve problems like school finance and immigration in ways that are honest with the voters.

I mention these not as options we will certainly pursue, but to show that we should have all options on the table. There's also been a desire to close the loophole in Texas that allows big industrial properties to get out of paying their fair share of property taxes. Homeowners and small business owners are required to pay more than their fair share under the current system. When you start adding up these loopholes, all of a sudden you have money to transform our public education system and provide much needed relief to taxpayers.

We also have to realize we're facing a different political environment than we were a few months ago. I think our state leaders saw election results and that things are changing. If they want to stay relevant in the decades to come, they have to be more centrist and more pragmatic. If our environment has changed, then hopefully our legislative priorities will change as well.