“Let’s target some new money toward childhood literacy, toward high school success, toward teacher quality – the kind of things that research shows make a difference” 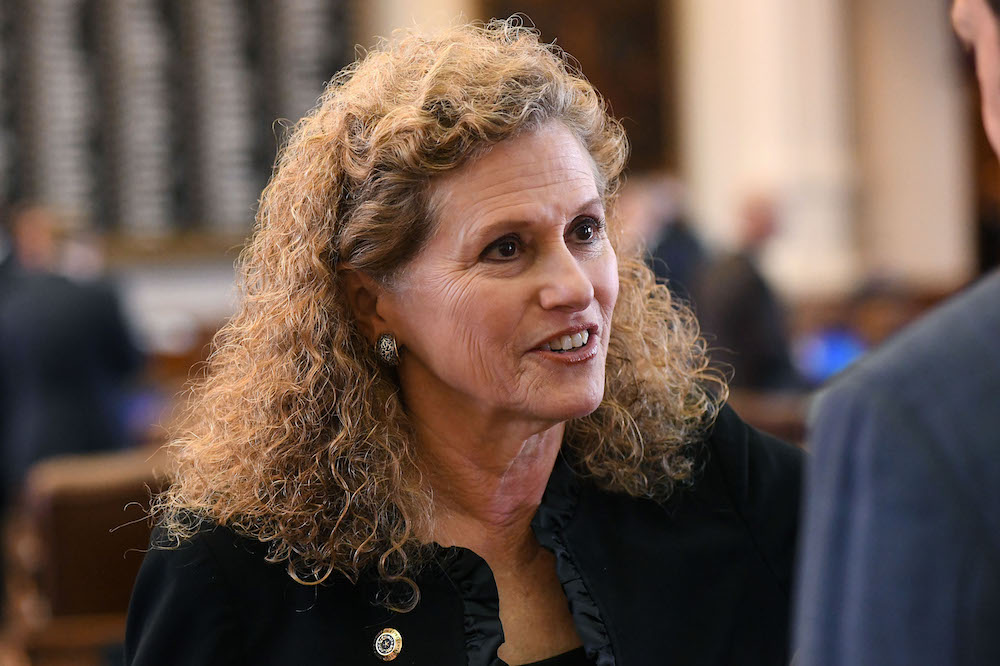 Donna Howard, a nurse and former member of the Eanes ISD school board, has represented west and northwest Austin since 2006. A member of House Appropriations and of the Article III subcommittee that oversees education funding, Howard also serves as vice chair of Calendars. – Austin Sanders

Austin Chronicle: Let’s start with an easy one: What does comprehensive school finance reform mean?

Donna Howard: (laughs) Well, it means that we find a way to provide a sustainable revenue stream that supports adequate funding for the delivery of education services to all students across our state, no matter where they live, and that takes into account demographic challenges and the resources needed to serve special education student populations. It also must take into account what best practices are showing us in terms of investing in early literacy and providing the necessary supports for students to graduate college- and career-ready. And that it does so without unnecessarily burdening anyone segment of our community with a big tax burden.

AC: It's hard to argue with all of that, so why hasn't the state achieved any of those goals?

DH: Historically, a lot of different factors. Obviously, our state has grown significantly and with that growth, we have had a larger number of students entering the public education system needing more resources. We have more low-income students and more English-language learners than we've had before. We also have a workforce that requires new skills and post-secondary certifications and degrees. All of those combine to mean we are challenged to put in an adequate amount of money to achieve the education goals of our state.

We have been in a legislative environment for quite a while that is averse to finding new sources of revenue. In fact, they like to look at ways to further cut revenue and limit growth. All those things make it challenging to find the revenue and to have the political will to create sustainable revenue streams. What we have now is not adequate to totally fund our current budget; we rely on accounting mechanisms to balance our budget [and] are several billion dollars under what is necessary.

Typically, the Texas economy does very well, but we do sometimes have downturns as was experienced during the last recession. We made the choice [then] to significantly cut education funding instead of withdrawing from the rainy day fund, which was designed to help smooth over those dips. When we did that, along with everything else, we never really fully bounced back from that significant cut. We've been playing catch-up.

“Public education was a big driver in the election, and of the close margins in some of our statewide races. I think that should encourage a move toward the middle from the right.”

DH: Not all of them, but we know money makes a difference [from] early literacy through graduation. If we invest in programs that we can all agree impact outcomes, we'll do better. Let's target some new money toward childhood literacy, toward high school success, toward teacher quality – the kind of things that research shows make a difference.

You have to have quality principals who can hire quality teachers, regardless of how much money you put into the system – and covering pay, pensions and benefits is important, obviously. You have to have people who can bring the best that we need into the classroom.

AC: What specific goals do you see as achievable in the school finance realm?

DH: Realistically, we can increase the size of the pie. If we do that, a good portion should be part of the basic allotment, tied to the equalized wealth level, so that all school districts see new money – or at least lose less money. They'll all benefit in some way.

I also think we should fund full-day quality pre-K for eligible students. It's not universal pre-K, because a lot of people have their kids in programs they're quite happy with. It's [for] the kids who don't have access, like low-income kids, who need this extra year of school. That should finally be part of our finance system and funded through our formulas. Full-day [pre-K] is already paid for by districts that can afford it.

The third thing would be a sustainable revenue stream for teacher retirement and the TRS-Care program, which has been cost-prohibitive to many teachers and retirees. That would go a long way to boost the sense of commitment to our educators, if we were able to truly support the pension and benefits system. I would like to see more money for teacher pay, and I see no problem with stipends to good teachers willing to go into difficult districts and schools.

I had legislation last session that would take a certain [amount of dollars in] the Economic Stabilization Fund and invest them into a higher-yield market, so that you can spin off enough money, at some point, that could be earmarked for underfunded liabilities, such as pensions and health benefits. It could be a revenue stream that is sustainable and grows over time. You're not taxing anybody anything more; you're just doing a higher-yield, but prudent, investment of dollars that are basically [now] just sitting in a mattress.

AC: How confident are you that these goals can be accomplished in the session?

DH: I'm encouraged to a certain extent, because the leadership – in particular the presumptive speaker, Dennis Bonnen, and the governor – have said school finance is their top issue. I think the lieutenant governor is certainly interested in it as well. The recent election, I think, was a kind of wake-up call for some who are willing to pay attention. Public education was a big driver in the election, and of the close margins in some of our statewide races. I think that should encourage a move toward the middle from the right. There might be more willingness to look at what we can do that would be acceptable to the more conservative members of the Legislature.

We're coming into the session with a strong economy and with a rainy day fund that is larger than many state budgets in this country. We have some funds to work with, and we had an election that says we need to moderate what we've been doing. So I am encouraged.

AC: Other than school finance, what are some of your high-priority issues?

DH: We still have issues with providing a safety-net [reproductive health] system that is successfully seeing the same number of women and men that it had prior to the 2011 budget cuts. I'm interested in seeing some stability in that program and having better comparative data to look at. We still are only seeing a portion of eligible women [and] have a whole lot of families that are not using the services they are eligible to access. It's important that women and families have the care they need for family planning. We have healthier moms and babies when that happens, and with the maternal mortality issues we have, this is one way to address that. It's also extremely beneficial to the taxpayer, because it's much more costly to pay for a pregnancy and birth than it is to pay for contraceptives and family planning.

“Unless a woman is pregnant, elderly, or disabled, she won’t qualify for Medicaid, because we didn’t expand. ... In an ideal world, we should have uninterrupted [health] coverage for women in childbearing years.”

Unless a woman is pregnant, elderly, or disabled, she won't qualify for Medicaid, because we didn't expand. So a woman does not get her health care paid for until she's pregnant, which means she may not be getting the prenatal care she needs to have a healthy baby. Once she has the baby, two months after delivery she's cut off from Medicaid and is transferred into a different program. This is not a seamless situation, and one of the things that the Maternal Morbidity and Mortality Task Force has recommended is to extend Medicaid coverage for a full year postpartum, because of complications that can occur. In an ideal world, we should have uninterrupted coverage for women in childbearing years. I understand that's probably fiscally impossible, but in the long run it would reap tremendous benefits if a woman was able to have continuing care.

We're doing an immense amount of work on the sexual assault forensic evidence backlog. looking at the whole timeline and process that's involved from the collection of the forensic evidence, to the storing and tracking of it, to the analysis and to how it is used in prosecutions. Last session I was able to pass legislation that created a tracking system, which is just now getting under way in earnest. I'm hopeful we'll be able to better keep up with the evidence [so] it can actually be analyzed and then submitted to the national system, which is where we've seen a significant number of cases solved. It's important in terms of cold cases and preventing additional assaults, by identifying somebody before they commit additional assaults. It's also just making sure we use this evidence in a way that encourages prosecutors to take cases to trial that indeed bring justice to the victim.

I'm still pushing for an independent redistricting commission as well. I don't have an allegiance to any way it has to be structured, but I am very much in support of some kind of commission in place before the 2021 session when we will be redrawing lines. If we don't get that in place now, I’m concerned it won't happen at all. Clearly we've seen how things have been done – with both Democrats and Republicans, whoever has the majority draws the lines in their favor. But we have the capability to better align with other jurisdictions and to keep communities of interest together in a rational and reasonable way. I don't think you ever get the politics out of it, but you can certainly make a more fair system that is more skewed toward what is best for voters than what is best for incumbents or the party in charge.