Guns in 2018: The Carnage Continues

A look at the Gun Violence Archive findings for the year 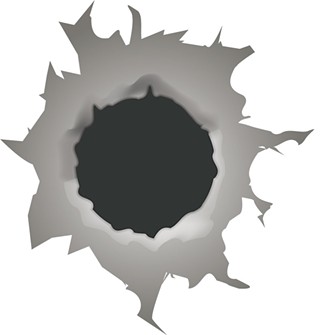 The new year provides a reflective moment for one of the Chronicle's periodic visits to the Gun Violence Archive. The GVA is nonprofit, non-advocacy, and a thoroughly quixotic effort to compile accurate statistics on the toll that legal and readily available firearms impose on a credulous American public easily distracted by the phantom threat of desperate Central American refugees. Here are a few of the headline GVA numbers for 2018 (confirmed as of Jan. 2 and including New Year's Eve incidents):

• Mass shootings (4 or more killed or injured, not including the shooter): 340

Those are just highlighted numbers, and the GVA summary statistics do not include suicides by gun (which average about 22,000 yearly) or unintended gun injuries (about 12,000 yearly, though data is lacking).

Closer to home, in 2018 there were 16 mass shootings in Texas, the most notorious being the May 18 attack at Santa Fe High School that left 10 people dead and 13 injured. That overshadowed the May 16 family violence in Ponder (near Denton), where a man shot his ex-wife, killed his three children and another man, then killed himself. There were five dead in a July 27 Robstown shooting, and four dead and another injured on Oct. 13 in Taft – the latter group all family members celebrating a child's first birthday.

The database shows 10 incidents within the last 30 days in Austin, comprising five injuries and one death (Eric Allen, shot Dec. 23 in North Austin, apparently by a girlfriend). The most recent mass shooting incident in Austin appears to have been Nov. 4, 2017, on North Lamar (a suspect shooting at random cars with an assault rifle, critically injuring a 7-year-old and wounding three others); there was another a few days earlier, Oct. 29, on Ave. F (a man dressed as Santa Claus opened fire at a Halloween party, killing Michael McCloskey and wounding three others). Note that the 2018 Austin bombings, which drew worldwide attention, killed two and injured three, not including the perpetrator – but these similarly sanguineous gun incidents are, for the most part, long-forgotten.

The Archive compiles gun violence statistics from published reports covering the whole U.S., summarizing each incident, providing sources, and adding various summary reports with more info and analysis. The database is overwhelming yet fascinating in its sheer numbers and detail and worth a periodic, sobering visit for anyone interested in the ongoing American carnage. (A related site is The Trace, which provides interactive maps of the GVA statistics: www.thetrace.org.) "GVA is not, by design, an advocacy group," the mission statement reports. "The mission of GVA is to document incidents of gun violence and gun crime nationally to provide independent, verified data to those who need to use it in their research, advocacy, or writing."