What we can do now to prepare for the mobility future 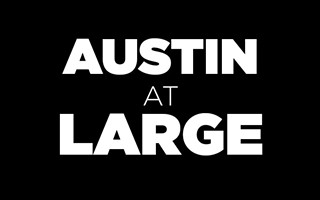 Two weeks ago, I blew the dust off this column for the first time since Nina Hernandez was in middle school, and within what seemed like minutes the same wankers I'd left behind in the Bush years popped up with the same lichenaceous whingeing this town does so well. Dynamic and ever-changing city, my ass.

And what should I find upon my return but a long-range regional mobility plan, the very bone I've gnawed for so much of my career. (See for yourselves!) On Monday, Dec. 17, Capital Metro's board approved a new Project Connect vision – in the works for two years and leaked and dissected by stakeholders months ago – that includes all your favorite north-south and east-west corridors but remains agnostic as to what technology to use for high-capacity transit – rail, bus rapid transit (the real thing, not MetroRapid), or "autonomous rapid transit," i.e., robots.

More planning and studying to come, as usual. By my reckoning, this is the fifth bold vision for rail and its transit cousins delivered unto me by Capital Metro (three of which went before the voters), not counting corollary plans from the city, other transportation agencies, or eager citizen volunteers whose taste for this flavor of wonkery seems truly inexhaustible.

While I was away from my desk here – as my hecklers will remind you – I worked as a consultant for Capital Metro and others (pour one out for Lone Star Rail) on projects that succeeded and ones that ended in tears. In the latter set lies the 2014 rail debacle. By the time the election rolled up, I guess we knew full well that plan was doomed, which was likely true even before the effort became soaked in acrimony and misapprehension. But now, we have a new bold vision, still called Project Connect with a bit of gumption from Cap Metro that I admire, with lots of lines on a map. What's different now that might give us, as a community that wants to do good things, new hope that these lines will become mundane realities?

Let's start with glad tidings already seen. Austin has shown its willingness to spend ginormous sums of public money on public goods – the $720 million 2016 mobility bond, the $1.05 billion 2017 AISD bond, and the $925 million bond package we approved with nary a care in November. When we talk of transit, more than when we talk of roads or schools, we wring our hands and say, "OMG, it's so expensive where will we find the money?" Well, here it is!

And no shit it's expensive! If you want to do it right and transform how we can live and move, it'll take a big lift. The costs-too-much-does-too-little mantra of rail haters does not present two separate objections; it posits that we should spend sufficiently but not excessively for our outcomes. We want big, bold-vision outcomes, so we all know we aren't doing this for cheap and can cast that set of blinkers aside.

We're also now blessed with sweet, sticky, West Texas Intermediate cash to sustain our needed but also overbaked road network. Faced with the pigheaded reluctance of average Texans to take personal responsibility and pay for their own damn roads with tolls and gas taxes, the state now draws transportation funding from farther up the petroleum supply chain, out of production taxes that would otherwise go into the Rainy Day Fund. That's enough money to take the edge off for the road fiends.

Having said that, the horrifying urgency of climate change has lit on fire the four-wheeled and eight-lane platforms upon which Texans have rested, watching us Austin freaks do our sustainable hippy dances. Like, folks, we need to get people out of their cars, now, or your grandchildren will never play outside. Nobody cares if you personally need or want to ride the bus or train. Shut up. We can talk like this in public now, and people have to listen.

How do we move forward into the mobility future with more grace than we've shown in the past? I think all political and civic actors should prepare to give up one thing they'll truly miss. This bold vision has lots of lines, because Austin wants all future options open and all past choices redeemed, because that's the happy thing to do and we always want to be happy.

But which lines can we erase from the map? Can we say the Red Line is cute but wildly inefficient, a token system to secure our membership in the rail club, and either force it to work better or ditch it? Can we say that, over the long-range horizon Project Connect speaks to, the Guada-Lamar corridor may not be forever virtuous and sacrosanct? Can we say the Green Line may never offer robust enough service to shape land use in the Eastern Crescent? Can we say that kicking cars off the Drag is reasonable, and mixed-mode operations elsewhere may also be reasonable? And can we say that, even with all the dumb tech-bro, robot-car hype, investments in "smart mobility" really might produce outcomes we want and couldn't get otherwise?

"Sure!" I can hear you all saying smugly while looking at someone else. No, we need to promise to let our own toys get broken, all of us, at the same time. What has sapped the life out of the last decades of mobility planning and pointed us full-steam away from the revolutionary changes we need is the belief that if we can't achieve our own personal bold vision, the status quo will do just fine. It won't. Let's instead burn those ships at the beach; put down the things we've carried all these years; pick your metaphor. That would truly be bold.