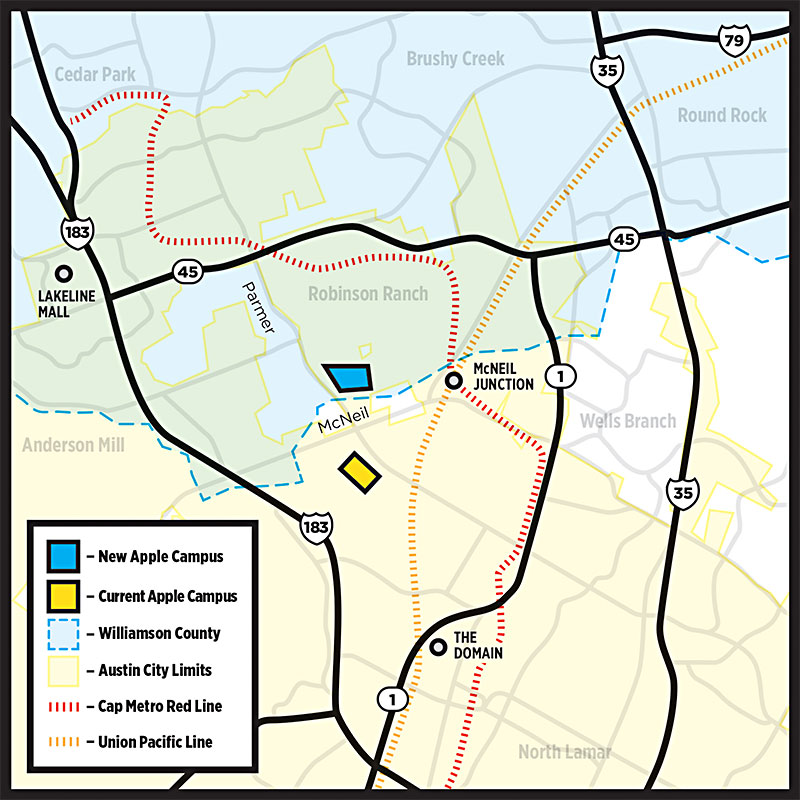 While the nation's attention was focused on the Amazon HQ2 farce, the only bigger fish in the silicon sea – Apple Inc. – quietly crafted, and on Thursday, Dec. 13, announced plans for its own new $1 billion campus, right here in Austin, right up the road from their current facility off Parmer Lane. "There was no heads-up," says Council Member Jimmy Flannigan, in whose district both Apple sites are located. "It's the same way they release an iPhone."

The House That Jobs Built last made a big splashy eco-devo announcement around these parts in 2012, with its $304 million "Americas Operations Center" off Parmer where Apple located about 3,500 new jobs; its current headcount in Austin is around 6,200 but could reach 15,000 when the new campus is built out as soon as 2021. (That would make Apple our metro area's largest private employer; H-E-B and Dell Inc. both hover around 13,000.)

Of course, there is taxpayer sugar in Apple's bowl, just as in 2012, when the city of Austin's $8.6 million payment to the world's richest corporation attracted a measure of public scorn. This time around, instead of trying to expand the current campus, Apple found available land about a mile north along Parmer, just inside the Williamson County line – and on Tuesday, Dec. 18, the Wilco Commissioners Court approved a roughly $16 million tax abatement package for the new campus. Meanwhile, the state of Texas is throwing in $25 million (on top of $21 million awarded back in 2012).

While it's in Williamson County, the new Apple site, like the current one, is within the Austin city limits and – because of some forward-thinking urbanist planning back in the early Aughts – is already zoned and entitled for urban density. The Robinson Ranch annexation and planned unit development was approved by City Council way back in 2004, but the nearly 7,000-acre triangle between MoPac, U.S. 183, and SH-45 North has remained undeveloped by the Robinson family, except for McNeil High School, a couple of Austin White Lime quarries, and other small nibbles at its margins. It is, however, designated as a regional center in the Imagine Austin Comprehensive Plan's Growth Concept Map.

"If you're a large corporation who likes being in Austin and the benefits the city offers to its employees, it's often hard to find land with the zoning and entitlements already in place as they are at Robinson Ranch," says Flannigan. "The opportunity is there, mostly because the Robinsons are ready to see development, which is both exciting and frightening." The council member, whose District 6 encompasses much of the North Austin tech belt and another Imagine Austin center at Lakeline, says constituent opinion is "generally excited about the opportunity and impact for their careers, their kids' future options, [and] their property values. But of course they're also curious about the impact on traffic."

Flannigan, whose pro-CodeNEXT bloc on Council was augmented in the last election cycle, feels that Apple provides not only a potential catalyst for localized connectivity improvements – intersections, sidewalks, and trails; improved access to McNeil High – but an impetus to share his area's prosperity with the rest of the city. "If we can get through a land code rewrite as quickly as I want to, we could get improved regulations and community benefits from all development up here, and take advantage of the existing rail line that can support transit." (Capital Metro's Red Line runs alongside Robinson Ranch on its way to Leander and intersects the Union Pacific mainline at McNeil Junc­tion, where the now-defunct Lone Star Rail project planned an interchange.) "All that will be a benefit to those of us who are there now, and to the future friends and neighbors who are coming our way." 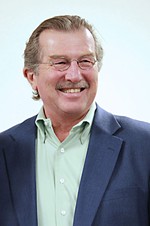 Point Austin: A Taste for Apple
There's nothing surer, the rich get richer and ... 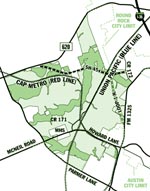 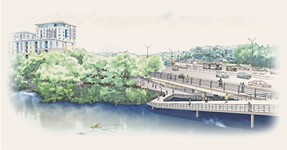