Sid Miller Is Ready For Some Hemp

Texas Agriculture Commissioner Sid Miller is anything but progressive; the recently re-elected Repub­lican is notorious for racist and offensive social media posts targeting Democrats. But when it comes to hemp production, he's happy to lean forward, urging Congress to pass the 2018 Farm Bill, which includes a measure to remove hemp from the list of federally controlled substances. He got his wish Wed., Dec. 12, when the bill cleared the House and Senate and headed to the president's desk.

Miller says it's about time farmers grew the potential cash crop, which can be used in biofuels, medicine, construction, and clothing. (While it is a form of cannabis, hemp contains an insignificant amount of the psychoactive component associated with marijuana.) "This is all about taking the shackles off the American farmer," said Miller in a statement. "It is time to finally end the ban on industrial hemp and free Texas farmers to produce this valuable commodity."

Miller is now in sync with the Republican Party of Texas, which included lifting the ban in its convention platform earlier this year, and with a growing number of conservatives nationwide. Does this mean he's all good with the ganja? Not even close. "Hate to break it to the potheads, but marijuana is still illegal in Texas and under federal law," said Miller. "Ending the ban on hemp won't change that. This is about giving farmers another opportunity to thrive." 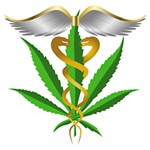 MPP: Ready to Roll on Pot in Texas
The Marijuana Policy Project is rolling out a Texas legalization campaign