Will free fares for students ease the district's budget woes? 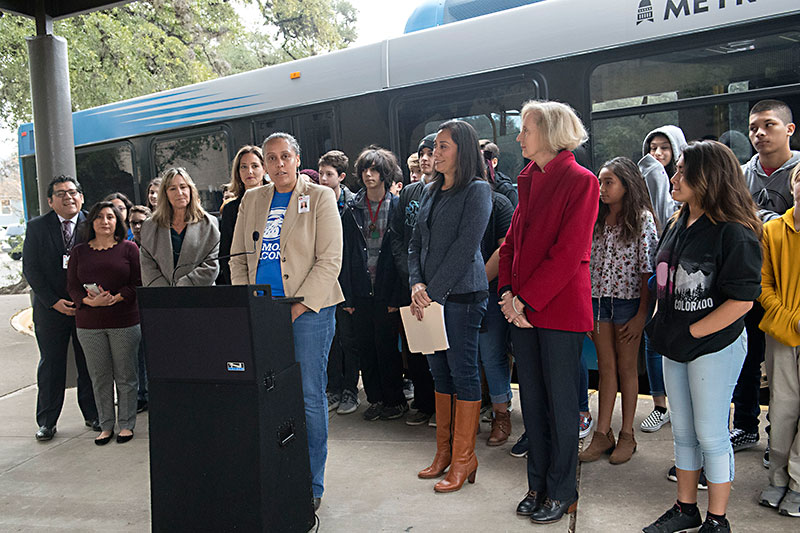 As Austin ISD leaders prepare for major budget cuts (see "AISD Catches a Ride With Cap Metro," Dec. 14), one potential source for savings is transportation. Capital Metro's free rides for all K-12 students – a program made permanent last week by the transit agency's board – may allow the district to realize those savings while creating a new generation of public transit users.

The state of Texas mandates that districts must offer transportation to any student who lives more than two miles from the school they attend. According to the district's 2016-17 Comprehensive Annual Financial Report, AISD spent $36.7 million to transport 22,000 students each day; about $6 million of that was for kids in the district's four magnet schools, or who have transferred under the district's school choice program. Together, district leaders say, the magnet schools and the choice program serve as a big draw for families in the area, helping to limit AISD's ongoing decline in enrollment.

However, students sometimes wake up as early as 5:30am to catch an AISD bus across town to their school. At magnet Fulmore Middle School, principal Stacie Holiday said free rides on Cap Metro are a huge benefit to her students, about one-third of whom already take public transit to the South Congress campus. Holiday added that sometimes her students are unable to get there; "Being able to have a free ride to school every day is just another safety net for them," she told the Chronicle. "It's going to be a really great program that should boost our attendance numbers."

“We shouldn’t approach every decision from a mindset of scarcity.” – AISD Board President Geronimo Rodriguez

Although the district says it has no current plans to alter its transportation services, officials said the program would help with "other district transportation costs" – such as the $22,000 per year spent on Cap Metro passes for selected students. Moreover, said AISD Board of Trustees President Geronimo Rodriguez, Cap Metro's generosity is "about more than just money." He said the program could help more students, like those trapped in generational poverty or those with hearing loss or visual impairment, "live more flourishing lives. ... We shouldn't approach every decision from a mindset of scarcity. We should try and do what's right for our students and families. ... We believe that all kids should live to their fullest potential, and we're going to provide those opportunities."