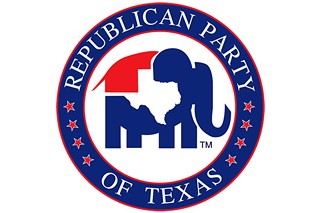 On Saturday, Dec. 1, the Republican Party of Texas Executive Committee, meeting in Austin, adopted a resolution reaffirming the party's "core values of religious liberty and the freedom to practice all faiths." This responded to a controversy roiling the Tarrant County GOP, where some members object to the choice of Muslim Dr. Shahid Shafi (a Southlake City Council Member) as vice chair, and have since targeted county party Chair Darl Easton and others they accuse of being too sympathetic to Islam.

GOP Executive Committee Member JT Edwards reportedly told his colleagues, "We are not the party of bigots," and last week, Travis County Republican Party Chair Matt Mackowiak urged the Tarrant group to "reject [this] bigoted effort." Mackowiak insisted that the Republican Party has "no religious test for affiliation," should be "a welcoming organization to people of all faiths – or no faith at all," and that GOP officials should be "laser-focused on growing [the] party."

Mackowiak told the Chronicle he has had "overwhelmingly positive response" to his letter, from Travis GOP members and others, and cited similar statements from Land Commissioner George P. Bush and outgoing Speaker Joe Straus. Asked if he thought actions from the Trump administration might be reinforcing such bigotry, he answered, "It certainly may contribute. I would encourage every Republican leader, especially President Trump, to be both careful and precise with language."