Separate rules were applied to UT freshman and her girlfriend 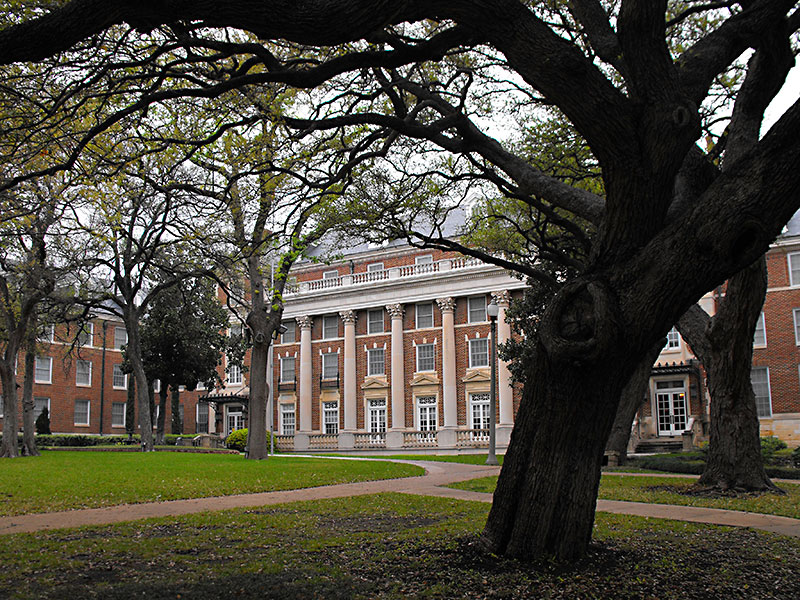 Like most college students, UT-Austin freshman Kaj Baker treated her dorm as a home away from home: a place to study, hang out with friends, and enjoy her newfound freedom. These days, that feeling of security is gone. Baker has spent the last few weeks at her girlfriend Carlee's West Campus apartment, only returning to collect her belongings from Scottish Rite Dormitory, even though her housing for the year has been paid in full at $11,640. "I go through the back door if I do [go back to SRD]," explained Baker, "because I don't want to see residents or walk by Mary or Meshelle's offices."

Baker's flight from Scottish Rite, the venerable private dorm for women on 27th Street, followed a Nov. 14 meeting between her, SRD Director Mary Mazurek, and the dorm's registrar Meshelle Bourne, at which Baker – who recorded the meeting – says she was informed that going forward she would no longer be allowed to have guests. "I asked them why," recalled Baker to the Chronicle, "and at first, it seemed like it was about the rules, 'cause they said, 'You and your girlfriend have been seen at 3am in the study lounge and y'all dozed off ... and that's not okay.'"

Baker apologized, explaining she didn't know of any rules regarding curfews or napping in the lounge. When she asked what those rules might be, she said, Mazurek and Bourne told her there were none.

They then told Baker, a communication sciences and disorders major, that her girlfriend (also a UT student) visited the dorm too much – but that there wasn't a rule against that, either. However, Baker was told, some SRD residents (or, as they sometimes refer to themselves, SaRDines) had complained about the couple brushing their teeth together in the bathroom and wearing pajamas around the dorm. Baker again pressed on how this behavior broke any rules. Finally, as captured on Baker's recording, Mazurek told her, "We're trying to make sure that everybody – all 315 residents – are comfortable, and sometimes it takes compromise on both sides to do that."

Baker then asked, "Why are people uncomfortable?" to which Mazurek replied, "Because some people are not comfortable with your sexual orientation." Mazurek, however, assured Baker that she herself was comfortable, although Baker claims both Mazur­ek and Bourne mocked Carlee for looking "like a boy." The fact that "they knew I was [recording] makes it even more unbelievable," Baker told the Chronicle.

Scottish Rite, built in 1922, has long been known for its strict rules against male visitors, who are only allowed in the dorm Friday through Sunday from noon until 10pm. There are no restrictions on female guests, except they must receive roommate approval and be registered if they wish to spend the night, but Baker said her girlfriend never stayed overnight. Currently, there are no rules regarding the visitation of significant others who are female.

At the Nov. 14 meeting, Mazurek told Baker, "SRD is who we have been for 96 years; we really haven't changed. We're very conservative," while appealing to her to "try to see from both sides." Despite SRD's history as the "virgin vault," Baker said she did feel safe at the dorm prior to the meeting. She explained, "At first, there was a time we might have gotten a look here and there if they thought that [Carlee] was a boy, but once they knew who she was we never had any problems."

The degree to which UT policy binds an off-campus institution – even one that primarily serves and garners revenue from UT students – remains hard to untangle. Bakre, citing policy, stated via email that "UT may investigate and take disciplinary action in response to incidents that ... have a substantial connection to the interests of the University regardless of the location in which the incident(s) occur." She noted that the university does not have oversight or jurisdiction on incidents that occur at private dorms like SRD, and that incidents falling under the Sex Discrimination/Sexual Harassment policy are only investigated once a formal report is made to UT.

At press time, Baker said she and Carlee are "looking into talking with other legal services along with UT legal services" following a Dec. 4 meeting with UT's Office of the Dean of Students. In a statement to the Chronicle on Monday, Dec. 3, Mazurek acknowledged SRD's missteps. She wrote, "We are a community of individuals, and we strive to ensure all students living at SRD are treated fairly and feel safe in the place where they live. That did not happen in this instance." In addition to launching an internal investigation and reaching out to Baker ("which we regret not doing as soon as we learned of her broader concerns"), Mazurek said SRD is looking into "sensitivity training for all staff" and resident assistants, and "clarifying" the dorm's visitor policies.

A version of this article appeared in print on December 7, 2018 with the headline: Flight From Scottish Rite