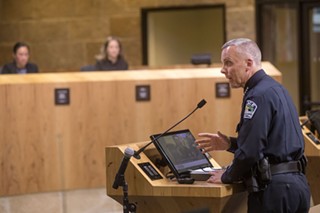 Though Manley said he requested DPS's review as a "furtherance of our efforts to be transparent," the decision follows recent reports by Newsy, Reveal (from the Center for Investigative Reporting), and ProPublica on how cities across the country – including Austin – frequently clear cases of sexual assault without ever making an arrest. The method, known as "exceptional clearance," is used when detectives have probable cause to arrest a suspect but for some legitimate reason cannot.

Manley, who's featured in the aforementioned news reports, continues to insist APD opts for exceptional clearance so frequently – two out of every three sexual assault cases in 2016 – because survivors often don't wish to move forward with assault allegations. Instead of suspending those cases early on, says Manley, APD continues to work them until there's "nothing more we can do without survivor cooperation." (The other factor in case clearances is the Travis County District Attorney's Office's refusal to prosecute; Manley said he expects the two factors to result in a "60/40" balance that "fluctuates" yearly.)

A letter sent from DPS to Lt. Gena Curtis of APD's Sex Crimes and Domestic Violence units says the audit will assist APD in "identifying any areas of non-compliance" with UCR procedure and will consist of three phases: administrative review to ensure APD's data complies with national guidelines; a data quality review to determine if standards and guidelines were appropriately applied; and an exit briefing on findings, to include a discussion of any identified discrepancies. Manley said the exit briefing is expected to come later this week.

Advocates, however, remain unsatisfied. Survivor Justice Project, in a statement, expressed concern that DPS has "neither the credibility or experience on sexual assault cases needed to ensure that this process will be trusted by survivors and the community." SJP also chastised APD for continuing to use "victim-blaming language in relation to their failure to solve cases," and said, "APD should not get to decide who grades them." 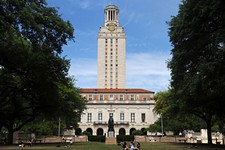