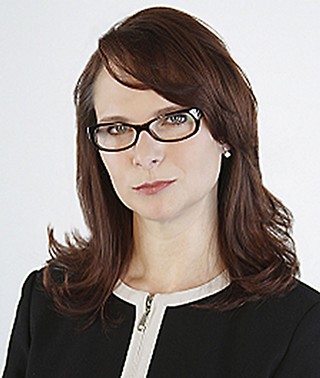 In the wake of last spring's firing of Administrative Law Judge Hunter Burk­hal­ter from the State Office of Admin­i­strat­ive Hearings – he resigned Feb. 22 "in lieu of termination" – another ALJ wrote to Gov. Greg Abbott about Chief ALJ Lesli Ginn, who had dismissed Burkhalter after he issued a contested case decision against the Texas Medical Board. ("Medical Board Loses a Case ... and Attacks the Judge," March 16). SOAH judges, independent under state law, preside over contested agency cases.

In a letter dated May 8, the correspondent (writing anonymously, fearing retaliation) quoted several ALJs on Ginn's tenure at the agency: Ginn was described as "a disaster," "the worst boss I have ever worked for," "a tsunami on this agency," "destroying this agency," and "making it so that I hate to come to work each day." "Another judge summed it up perfectly," the letter continued to quote, "when he said ... 'Everyone is miserable.'"

In the intervening months, a file of similar letters has accumulated at the governor's office and in the correspondence of members of the Senate Committee on Nomin­a­tions (which would consider Ginn's reappointment). But Abbott has not officially responded to the controversy and has taken no action regarding Ginn's tenure at SOAH (her two-year term expired May 1, and she continues at the governor's discretion). And reports continue to surface of dissatisfaction; recently, the Chronicle learned that three long-tenured senior ALJs have decided to leave their positions for private employment, following three members of Ginn's executive team who departed immediately after Burkhalter's dismissal. More judges appear to be considering leaving in the next few weeks, and others may take early retirement – from an agency previously known both for its stability and its excellent judicial record.

Commented one departing ALJ, "I would say the ship is sinking desperately." Contemplating the continuing brain drain, the judge said, "They are losing a tremendous amount of institutional knowledge." Yet the departing judges are reluctant to comment on the record – rumors of potential retaliation from the governor's office have followed them to private firms.

Ginn responded via email concerning the three most recent departures. "We appreciate their years of service to the state and wish them the best with their new positions. The agency has moved quickly to fill these vacancies and there are currently only three ALJ vacancies across the agency out of 58 ALJ positions." She noted the recent hiring of a new deputy chief for hearings, Eugene Robinson (his predecessor Gary Elkins resigned after Burkhalter was fired). She concluded, "Although a certain amount of turnover is inevitable and this can present challenges, our ALJ staff is a very competent and dedicated group, and I am confident they will continue to serve the state's needs."

In the wake of the Burkhalter dismissal, current ALJs were forbidden by Ginn to speak to the media – but former colleagues have been outspoken. After months of delay, a Chronicle open records request to the governor's office concerning the Burk­hal­ter matter finally received a response: more than 1,000 pages of correspondence and background documentation. The file contains several letters from former ALJs alarmed at what's happening to the agency.

Richard Wilfong (an ALJ from 2009-2015) wrote to Sen. Kel Seliger*, "In Ms. Ginn's brief tenure as SOAH's chief ALJ, she has managed to violate Texas law and bring dishonor on the agency." Paul Keeper (ALJ, 2004-2015) wrote to Sen. Royce West, "The state of Texas deserves better than Ms. Ginn." Renee Rusch (ALJ, 1998-2015) wrote to Sen. Kirk Watson (Nominations vice chair), recounting the Burkhalter episode at length. "Every retired SOAH ALJ with whom I have spoken," she said, "is shaken by Ms. Ginn's actions and her apparent failure to protect ALJ Burkhalter's decisional independence." (That's a requirement of the chief ALJ under state law; current judges say they've been told that only the chief ALJ herself has "decisional independence.")

Ginn is not entirely without staff defenders. A lone letter in the voluminous file, dated May 7, is from SOAH Budget Analyst Taren Jay, who wrote, "In all my interactions with [Ginn], I have found her to be fair, professional, and kind. I know her to be an incredibly smart person who is working hard to bring positive change to an agency that seems stuck in the past."

The former ALJs speak very highly of Ginn's predecessors, particularly of Cathy Parsley, who began at SOAH when it was created in 1992, served as an ALJ as well as general counsel, and retired as chief ALJ in 2016, after 24 years. In her own March 21 letter opposing Ginn's reappointment, she wrote to Sen. Watson that she feared Ginn's dismissal of Burkhalter "has caused severe damage that seriously jeopardizes, if not outright demolishes SOAH's neutrality and independence, and, therefore its ability to conduct fair and neutral hearings."

Recently, Parsley told the Chronicle, "I still care about SOAH and the mission that it was established to perform – when it is in pain it gives me pain, as well." She said recent departures of senior staff suggest "something is not right," and that the situation threatens to undermine the role of SOAH in protecting the rights of citizens accused of wrongdoing by state agencies.

"The Legislature, to its great credit, always seemed to respect SOAH and the work that it did," Parsley said. "But there are agencies that would not weep if SOAH would be undermined. The ALJs are good people and good lawyers doing good work. I wish them well, and hope they can feel good with their work once again."

*Correction: This story originally identified Sen. Kel Seliger, in error, as Chair of the Senate Nominations Committee.
A version of this article appeared in print on November 23, 2018 with the headline: Down the Brain Drain