Sexual Assault and the City 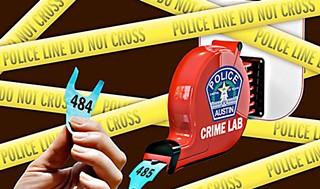 District Judge Lee Yeakel will hear oral arguments over whether to dismiss the sexual assault class action suit filed by eight women rape survivors against local law enforcement, the Travis County District Attorney's Office, the city, and Travis County over the summer. The suit alleges that systemic failures within the Austin Police Department, Travis County Sheriff's Office, and D.A.'s Office have led to the abandonment of, and discrimination against, women survivors of rape. Instead of money, the suit seeks to install sweeping changes to Austin's criminal justice system to better support survivors. The defendants filed several motions to dismiss the case in July, and again in September after five of the eight plaintiffs were added to the suit. The arguments are scheduled for 9:30am Monday, Dec. 17, at the U.S. Courthouse on West Fifth Street.

Elsewhere in Austin's sexual assault drama, a handful of sexual assault advocates testified at City Council on Thursday afternoon asking that money left over from the now-approved police contract work be set aside to fund an external review of APD's handling of rape cases. The requests were in response to "Case Cleared: How Rape Goes Unpunished in America," a two-part news report from Newsy, Reveal, and ProPublica that revealed the questionable way police departments across the U.S. – including Austin's – often clear rape cases without making an arrest. Speakers included Austin Justice Coalition's Chas Moore, Kristen Lenau of the Survivor Justice Project, and Rebecca Bernhardt from the Texas Association Against Sexual Assault (Bernhardt also sits on the Public Safety Commission). Mayor Steve Adler acknowledged the advocates, calling the issue "worthy of immediate attention," but conceded it was not a topic Council would tackle during the contract conversation. Last week, however, Adler told the Chronicle via email that "Case Cleared" raised "concerning issues" of an immediate priority to "make sure we're doing everything that we can do to prosecute and protect communities from sexual predators."