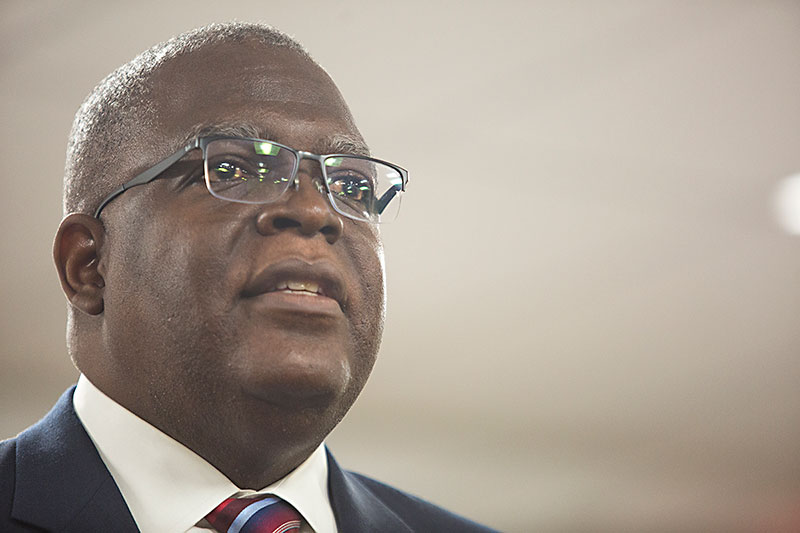 "Keep in mind, I'm 6'6", 280 pounds – plus or minus. I have a very big stature, and the uniform can be very intimidating. So I must make sure, as a leader, that I'm very approachable." Incoming Austin Fire Chief Joel Baker begins work in December; we reached him at his home in Atlanta for a conversation about working with the firefighters union, the politics of his new role, and his unusual journey to Austin. Look for the story in next week's issue. (Photo by Jana Birchum)

City Council Breaks: No regular meeting for City Council this week. Members will return to the dais on Nov. 29 to tackle a slim, 62-Item agenda that includes items on short-term rental enforcement, South by Southwest code waivers, and a regional air quality plan with the Capital Area Council of Governments. See "Unity in the Community," Nov. 23.

Commander Bone Spur President Trump took a gratuitous shot at retired Admiral (and former UT System Chancellor) William McRaven in response to McRaven's criticisms of his presidency, claiming falsely that McRaven was a "Hillary Clinton fan" and dismissing his role in the killing of Osama bin Laden. Said McRaven: "I stand by my comment that the president's attack on the media is the greatest threat to our democracy in my lifetime."

De-Confederated: Austin ISD Trustees are scheduled to vote on new names for five facilities originally named to honor Confed­er­ate leaders, but reportedly some schools are balking at the changes, and have suggested variations on the current names rather than replacing them. A member of the renaming task force, Kazique Prince, told KUT he was disappointed in the submitted names: "Somewhere there was a failure."

A Strategic Housing Blueprint? Now through Dec. 31, the Neighborhood Housing and Community Development Department is taking public comment on their draft plan to implement the Strategic Housing Blueprint. See "Public Notice," Nov. 23, and see the implementation plan itself at www.austintexas.gov/housing; comments should be emailed to NHCD@austintexas.gov.

Get Yourself Enrolled: Central Health and United Way for Greater Austin are promising free Lyft rides to and from an enrollment counselor who can get folks enrolled in (or change) a health care plan through the Affordable Care Act's Health Insurance Marketplace. With only three weeks left to sign up, residents are urged to call United Way at 211 for a free appointment and a ride to and fro.