Advocates still uncertain of what's being done with the results 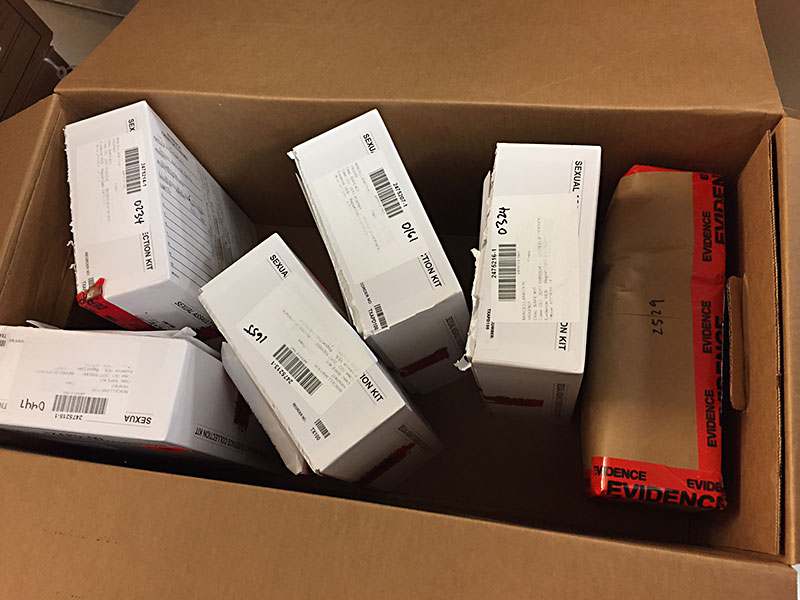 On Oct. 31, Council Member Greg Casar announced that the Austin Police Department has tested its entire backlog of rape kits – a number that ballooned to over 4,000 after the 2016 implosion of the APD forensics lab and included kits dating as far back as the 1990s. Though testing is just the first step in a long and expensive process to secure justice for sexual assault survivors, some celebration was expected. But advocates admit they're still uncertain of exactly which kits have been tested and what's being done with the results.

In an email statement Wednesday, APD asserts that "DNA testing" is complete and that incoming kits are outsourced to contracted labs at least monthly. However, the department explained, grant funding from the District Attorney's Office of New York (known as the DANY grant, with kits tested at Sorenson Labs in Utah and Virginia's Bode Cellmark) and the Bureau of Justice Assistance's Sexual Assault Kit Initiative (SAKI) "enabled the City to outsource 2,665 kits for DNA testing," adding that "all remaining kits were tested using City general fund dollars."

It's unclear how many "remaining" kits there are. Liz Donegan and Neva Fernandez, co-chairs of the Austin-Travis County Sexual Assault Response and Resource Team, say sworn APD officers have not officially updated the group since midsummer, before the filing of the current class action lawsuit by survivors against local law enforcement and the District Attorney's Office. However, APD Forensics Director Dana Kadavy continues to participate in SARRT's meetings.

Ana DeFrates with the Survivor Justice Project emphasized that the grassroots coalition is "eager to celebrate progress around how our community addresses sexual assault." But she added that trust still needs to be built, and SJP is waiting to better understand exactly the current progress and where the numbers stand to ensure that "the past neglect and disregard for this evidence not be replicated."

Some of this apprehension centers on Sorenson Labs. Forensic magazine reported in October on six contamination "incidents" at the lab, and the Texas Forensic Science Commission (which audited APD's lab prior to its shutdown) has, since July, been reviewing the lab's operations. Forensic notes that APD notified TFSC of the contamination issues after being alerted by the Kentucky State Police, which is helping APD upload test results into CODIS, the FBI's national DNA database (a 2011 Texas law authored by then-Sen. Wendy Davis requires both testing and sharing of the results). TFSC's Lynn Garcia said the commission is reviewing the incidents and "assessing the scope of contamination issues," but "none of the quality incidents that APD raised involved contamination."

Meanwhile, reporters from Newsy, Reveal (from the Center for Investigative Reporting), and ProPublica released "Case Cleared: How Rape Goes Unpunished in America" on Nov. 14 (part one) and 15 (part two). The broadcast/podcast, which focuses extensively on APD, describes how police departments use "exceptional clearance" – where detectives have probable cause to arrest a suspect but for some legitimate reason cannot – to close cases. "Case Cleared" includes APD Chief Brian Manley telling the city's Public Safety Commission in 2016 that crime clearance rates are a "critical and appropriate measure of our performance," and that APD exceeded national averages in all categories including rapes. However, between 2012 and 2017, more than 1,400 sexual assault cases were "exceptionally cleared" by APD, with no arrests. After Mayor Steve Adler instructed Manley to sit down with reporters, the chief insisted cases are often cleared because survivors are unwilling to participate in the investigative process.

"Case Cleared" and the rape kit confusion add layers of uncertainty for survivors and advocates. The pending lawsuit argues that systemic failures have led to long-term discrimination and mistreatment of survivors, which raises the question of how important it really will be that now-tested rape kits – 35% of which contain DNA results that have not yet been uploaded into CODIS, according to APD – are available as evidence to police and prosecutors.

On Tuesday, Casar told the Chronicle that "if indeed so many cases aren't moving forward because of survivors – we have to respect those people. But for those who do want to pursue their cases but don't feel comfortable doing so, well – that's on us to do better." He promised that in coming weeks he'll be pushing APD for more updates to Council, noting that transparency is needed here.

APD says its next step is to provide a technical review of each DNA report prior to its entry into CODIS; to date, six grant cases have been reviewed for entry and there've been two CODIS hits to DANY grant cases. Investigators are working some cases and the department is currently hiring additional counselors to assist survivors. Casar emphasized the importance of properly staffing victim services and ensuring survivors feel safe. "There's a lot of work to go," he concluded. "But we've been clear-eyed that testing was just one important step to get to justice."

A version of this article appeared in print on November 16, 2018 with the headline: A Step Toward Justice