Election Coverage: Take Me to Your Run-Off

The next month in Council races 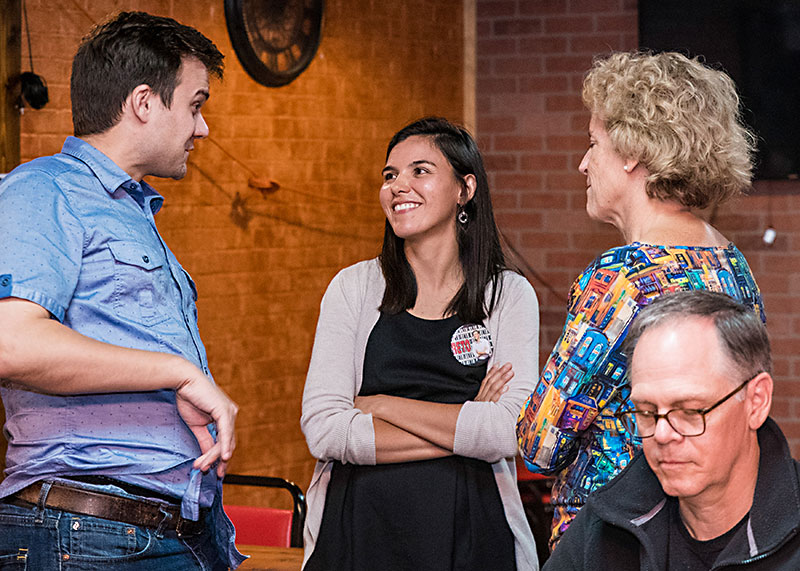 Voters repudiated the establishment Tuesday by sending two outsiders to a run-off: Mariana Salazar and Natasha Harper-Madison. In a crowded field of six candidates, plus a write-in, the run-off itself is no surprise. But the fact that voters dismissed former Travis County Dem Chair Vincent Harding, who'd been endorsed by outgoing CM Ora Houston as well as the Austin NAACP, in favor of two urbanist-leaning candidates, is no mistake.

It's also a testament to the energy Salazar and Harper-Madison built over the past half-year. Salazar, who left her job at the Ending Community Homeless Coalition to run, maintained a campaign team of only volunteers, and she's well-known for wearing out the soles of her boots block-walking six, sometimes seven days a week. Outside La Fruta Feliz on Tuesday night, the native Venezuelan described with evident delight her experiences meeting D1 residents of all backgrounds, especially in areas that have traditionally never been contacted by a campaign. "We are a metropolis," she said. "And D1 shows that." Salazar raised a modest $7,000 compared to $11,000 for Harper-Madison and a whopping $29,500 for Harding. The campaign credits her community-organizing pedigree for making up the difference.

Harper-Madison spent her own time pounding the pavement. As president of the East 12th Street Mer­chants Association, she's advised businesses, mediated spats with Code Enforce­ment, and helped with everything from cockroaches to escaping the oppressive cycle of pawn shop debt. She's also drawn strong support from the urbanist community. That coalition was buzzing Tuesday at the Skylark Lounge, which was packed inside and out with Harper-Madison supporters. On Wednesday, Harper-Madison expressed excitement for the run-off ahead, and complimented the Salazar campaign. "Together we gave the status quo a good hard shake," she said.  – Nina Hernandez 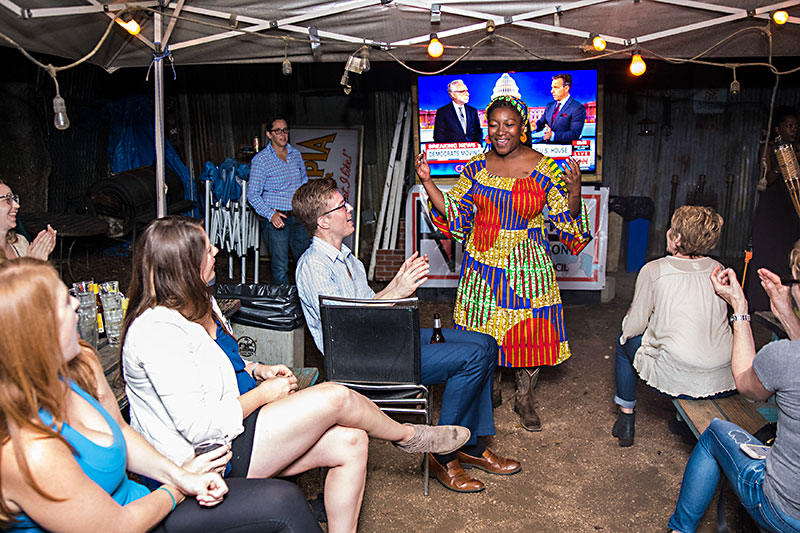 It's déjà vu in District 3, where once again, incumbent Pio Renteria faces a run-off with his sister, PODER director Susana Almanza. (The two did the same in 2014, and Renteria won by 20 points. He bested Almanza by 26 points on Tuesday night, though run-offs are always different.) Almanza entered the race because she said the community called on her to address land use issues. On election night at her campaign headquarters, she reiterated the same sentiment, saying the likely run-off was the community's way of saying "'We need a change.' ... They don't like the direction the city's going in, and they don't like the direction that District 3 is headed because it's doing away with all people of color and low-income and working-class people." Renteria said he had hoped to avoid a run-off, but concluded, "may the best person win. ... You know, this is all politics."  – Sarah Marloff

Tensions ran high on Tuesday between Bobby Levin­ski, Rich DePalma, and Frank Ward, who emerged from early voting hoping to enter into a run-off with Paige Ellis, the environmental marketing specialist and political newcomer who led all of the aforementioned by seven points in the early vote. Little space was made as Election Day votes got tallied, though Ward, who took 30% of the E-Day vote, was able to push past Levinski, who had been second in early voting by only 0.5%.

At the Travis County GOP party at the North Austin Cover 3 – Fox News blaring in the background amid 10-gallon cowboy hats and yard signs for Ted Cruz – Ward voiced high hopes he'd at least make it to the run-off, continuing outgoing Council Member Ellen Troxclair's legacy of anti-Austin, anti-tax posturing. He told me his top priorities are to combat affordability by freezing property taxes and immediately resolve contract matters with the police union. Ellis, meanwhile, put pride in her grassroots effort to knock on district doors. She says she supports progressive causes and wants to tackle affordability and traffic issues while balancing environmental needs. – Mary Tuma