How long had Mikel Kane’s beef been brewing?

Mikel Kane (Courtesy of the City of Austin)

Austin-Travis County medic Mikel Kane has been back at work for five weeks now, following a 15-day suspension for a series of administrative violations stemming from actions he took to degrade or otherwise denigrate Travis County Deputy Medical Director Jason Pickett over the spring and early summer. Kane returned to a demotion: As part of his discipline, he was relegated from division chief to district commander. Medics close to him say the reclassification came in lieu of an indefinite suspension and that he's been assigned to duties that make his role sound like Milton's in Office Space. Thanks to purchased time and a stint of employment in the Eighties, Kane, who's been with ATCEMS consecutively since October of 2003, is eligible for retirement soon, and will retire as a division chief, a rank he had held since 2009.

How did Kane know Pickett was facing city heat? He was central to three of the complaints.

As reported, Kane's discipline was the result of a long-simmering beef with Pickett ("Mikel Kane vs. the Medical Director," Sept. 14), who arrived in Austin last August and is one of three deputies under Medical Director Mark Escott. That first manifested (according to records related to Kane's discipline) during a bomb rescue mission on March 18, in which he told Cmdr. Josh Todd to not contact Pickett or Escott for transport decisions (and called them "asshats"), and resurfaced at various points over the summer, when he'd either imply to colleagues that Pickett would be fired, or outright bet Captain David Heintz a Dr Pepper that Pickett would be gone by July 1. (The deputy medical director is still here.)

Kane's misguided confidence came by way of his knowledge that, in May and June, Pickett was the subject of a city HR investigation into four allegations of harassment and sexual harassment, three of which were substantiated but found to have not violated city policy, according to records obtained by the Chronicle in June. (Infor­ma­tion about the fourth allegation's conclusion was redacted from the public record.)

1) On March 5, Pickett presented a training session with slides that included inappropriate graphics and curse words.

2) On April 5, Pickett began a continuing education video by saying, "We're videoing it, so I was given directions to ... swear a little less. ... So all I can say is fuck, fuck, fuck; fuck you, you fuckers. All right, got that out of the way."

3) On May 2, Pickett said "nice rack" to a male ATCEMS employee who was wearing a ribbons rack. (Investigatory context for this has been redacted.)

4) On May 15, Pickett responded to a text about a Special Operations training session by asking if medics should wear "standard issue swimwear," and attached a photo of swim trunks with the statue of David's bare crotch (and all that comes with it) on the front.

How did Kane know Pickett was facing city heat? According to the city's investigative report, obtained by the Chronicle in July, he was central to three of the complaints, and spoke with city HR about all four. Kane was among the executives who took issue with the slides Pickett presented in the training session; invoked his own suspension for foul language (he once cursed out an Austin Police lieutenant at the airport) to suggest Pickett should get a 15-day suspension for the CE video; and is responsible for forwarding the statue of David text – sent to and shared by Heintz – to Chief of Staff Jasper Brown, who in turn reported the incident to HR. And according to medics close to Kane, he was in the room when Pickett made the "rack" remark, and offered to report the incident himself.

Medics being medics, Kane's effort to sink Pickett didn't go over well with much of the rank-and-file, who often recognizes that, in their world of death and grim conditions, off-color humor is often standard fare. And while those who know Kane personally said he repeatedly reported Pickett as part of a vigilante good Samaritan effort to clean up ATCEMS culture following former Asst. Chief James Hawley's under-the-table retirement ("Something Rotten at EMS," March 9), others point to a history of Kane's vindictiveness and using city complaint mechanisms to settle scores.

What created this chasm between Pickett and Kane remains unclear. Those who know Pickett have been unable to ascertain what he did to get on Kane's bad side, and according to his boss, Escott, Pickett never did anything to directly aggravate Kane. Escott called his deputy's investigated behavior "unusual to outsiders," but something that's "been normalized in this society of people who see things other people don't see, and hear things other people don't hear," and cited Pickett's military experience (he's deployed right now) as the foundation for his comment about the ribbons rack. He recognized longstanding tensions between the Office of the Medical Director and ATCEMS ("High Stress at EMS," May 8, 2015), but said he and ATCEMS Chief Ernie Rodriguez have worked hard to mend those: "When I started here, there was this ivory tower philosophy about the Office of the Medical Director. Like, if you have to go to the tower, you are in trouble." Escott views Pickett's actions as part of an effort to change that – "to get to know people, to get familiar, so that he would be less threatening." And he believes Pickett now "understands there are some limits that he should not breach, and it's a new experience."

Escott said he's confident that the episode is an isolated one, and not part of a greater rift between the two departments. However, he acknowledged that the episode is not over. As part of Kane's case, the OMD must run a clinical investigation, which includes an interview. The two parties had agreed on a time to meet, but the meeting got canceled shortly before it could happen. Escott said his office has requested a reschedule, though that's yet to be honored. Asked if making Kane available was the medic's responsibility or department's, the medical director was rather vague: "Gener­ally, the individual should be available during working hours to meet for the investigation," he said.

This story has been updated to reflect that the medic Pickett said "nice rack" to was a man, not a woman. A woman was in the room and reported the comment. 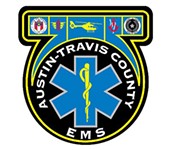