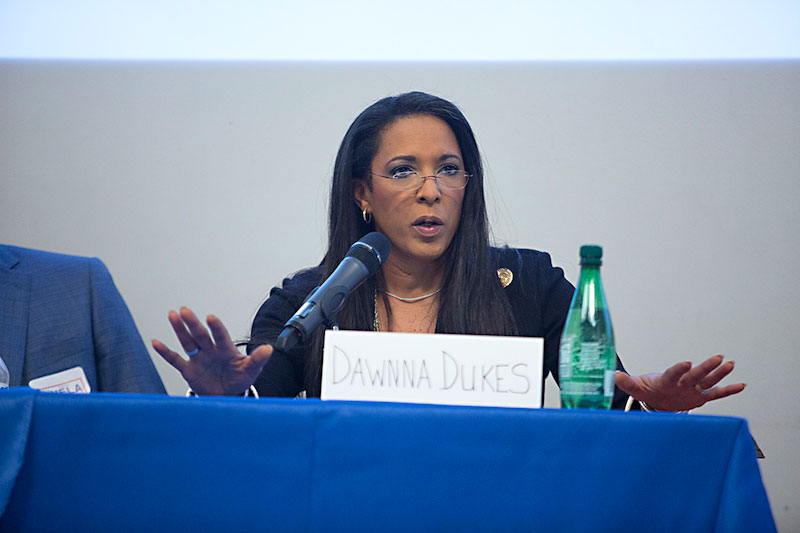 Embattled outgoing state Rep. Dawnna Dukes, D-Austin, plagued by a series of recent scandals and glaring Capitol absences, is now seeking vengeance on those she thinks are responsible for her downfall. Dukes is suing the Austin American-Statesman, its reporter Sean Collins Walsh, Travis County District Attorney Margaret Moore (and her predecessor Rosemary Lehmberg), the State Auditor's Office, and three of her former aides for some $7.8 million in compensatory damages, plus unspecified punitive damages, for her malicious prosecution and defamation. Dukes charges that this nefarious cabal conspired to defame her, making libelous and false statements which resulted in a blow to her 24-year political reputation and caused "extreme emotional distress, loss of livelihood, and financial hardship." While Dukes was charged with 13 felony counts related to financial improprieties, the charges were dropped last year.

In the 10-page suit filed pro se, Dukes (who is not herself a lawyer) alleges the Statesman stories that unearthed the questionable spending at issue marred her legacy, as did the corruption charges. Her travails left her in debt and unable to find work; Dukes claims she lost business contracts that were her primary source of family income and was forced to cancel her credit cards. Combined with the $187,000 in attorney's fees and court costs she accrued in defending herself, her debts led to the foreclosure of her home and East Austin commercial properties and repossession of her car. With a hefty damages price tag, a challenge in proving defamation, and no representation, it'll be an uphill climb to victory.