Up or down, yes or no 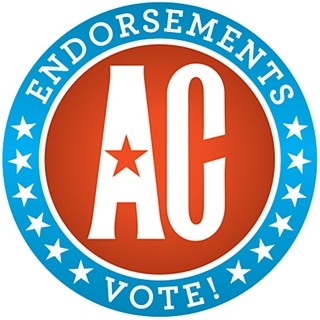 We wholeheartedly support the city's $250 million affordable housing bond. The largest bond of its kind in city history tops ballot propositions for a reason: Austin needs more affordable housing – approximately $4 billion worth of it – for both low-income families fighting displacement, and middle-class households working to keep their heads above water. If passed, the bond will be used to purchase land for affordable housing sites; increase and maintain the current supply of non-market rate rental units; assist with the development of affordably priced ownership housing; and continue funding the Home Repair Program, which provides costly home repairs for existing income-qualifying homeowners. All represent much-needed tools to tackle displacement, gentrification, and the affordable housing shortage. And, like the $65 million bond in 2013, which leveraged a 7:1 return ratio, Prop A is expected to have a substantial return on investment that could ultimately total close to $1 billion.

On its own, Prop A will not raise taxes, but when combined with all the other bonds, the total cost to the median homeowner is $5 a month. Ultimately, this is a small price to keep Austin the progressive city we like to think it is or should be.

Although Prop A – supporting affordable housing – is the highest dollar and priority item among the bonds, Props B through G also deserve strong voter support. Voters may have their instinctive priorities: At the top of our list are the Dove Springs Health Center (E), the Libraries/Cultural Centers (B), and Parks & Rec funding (C). The more functional Props – Flood Mitigation/Open Space (D), Public Safety (F), and Trans­por­ta­tion Infrastructure (G) – might seem less juicy, but they represent the sort of nuts-and-bolts operations and maintenance expenses of running and maintaining a city of Austin's still-growing metropolitan size. All the Props together (including the ambitious Prop A) represent only a $5/month tax bump to a median-value homeowner, phased in over several years – or much less than a single night out – with citywide public value that will persist over many years. We urge voters to accept that bargain.

These are incredibly trivial charter amendments; one is explicitly a proofreading exercise, the other allows the City Coun­cil to figure out on its own how to remove land use commissioners (this was an issue, remember). We'd say "whatever" except that the City Charter can only be amended every two years, so this may be a waste of an opportunity for more substantial changes.

Believe us, we understand the community angst over Austin's growth and change, and thus development vs. preservation, and thus CodeNEXT, and thus this ballot initiative to make the next comprehensive land use code rewrite (if there is one) subject to a popular vote and a lengthy waiting period. However, we feel the appropriate thing to do with that angst is what the city has done – hash it out in public, empower our elected representatives (whose terms turn over faster than Prop J's waiting period), and deal with the clearly broken code in pieces small enough to build, if not consensus, at least a common understanding of the issues. After the CodeNEXT debacle, even Prop J supporters hope and think it'll never be necessary to invoke; we'd go further and say the proper way to create that fail-safe is with one's votes for and engagement with the City Council. Add to that the truly sketchy origins of the Prop J petition drive as a front for billboard money, and we're taking a pass on this one.

Although Prop K – nominally a call for greater city fiscal "efficiency" through an independent external audit – purports to be about public "transparency," the campaign of its supporters has been anything but transparent. They hid their initial funders (likely because they directly trace to right-wing, anti-city sources), and once they achieved the ballot, they made it clear (through their backers at the Texas Public Policy Foundation) that win or lose, they intend to carry their campaign against local control to next year's Legislature, hoping to impose on all cities even more tax-cutting austerity from above. They want to ignore and override Austin's own auditor and auditing processes, and hand the job to an outside contractor whose only standard would be "efficiency": not equity, not quality of civic life, not even the actual effectiveness of major programs. Moreover, it's not even clear whether the referendum is legal under the City Charter, which explicitly forbids initiatives "appropriating money" (Arti­cle IV, Sec. 1) – meaning Austinites would be buying a lawsuit, or nothing at all. Voters should reject the Trojan horse that is Prop K.

Propositions at a Glance

Prop A: $250 million for affordable housing

Prop B: $128 million for libraries, museums, and cultural arts facilities

Prop K: Mandates an outside audit of city operations 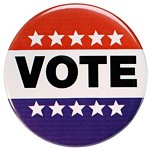 Point Austin: Reasons To Vote
Take the time to take responsibility for your community

Chronicle Endorsements for the November General Election
Our picks for the local, state, and national races you'll see on your ballot