On the Trustee Trail 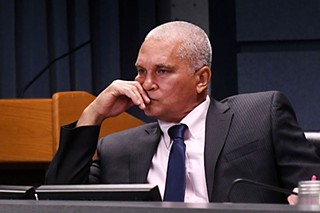 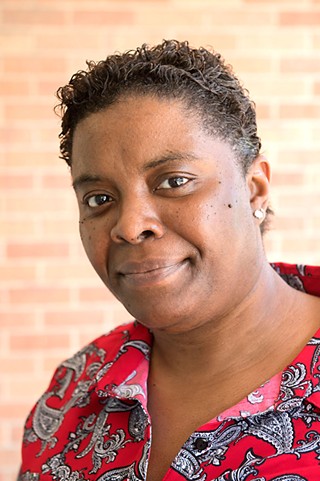 Austin voters will have plenty of issues to consider in the three contested races each for the Austin Independent School District and Austin Community College boards of trustees. (Two AISD incumbents – Geronimo Rodriguez and Yasmin Wagner – are unopposed.) For both institutions, revenue and equity challenges loom large. 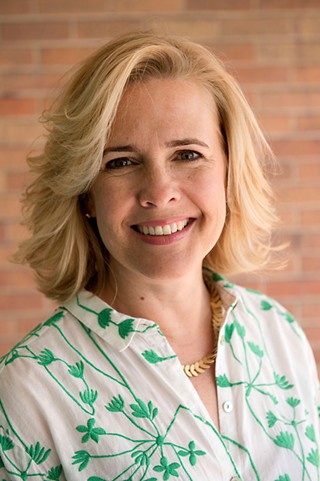 Each AISD candidate agrees the district's $30 million budget deficit is a top concern, and that the Texas Legislature cannot be counted on to increase its funding for public schools. They also focus on closing the district's persistent achievement gaps – 80% of white students read at grade level, for instance, while only 31% of African-American students and 40% of Hispanic students can do the same, according to the latest Texas Academic Performance Report. 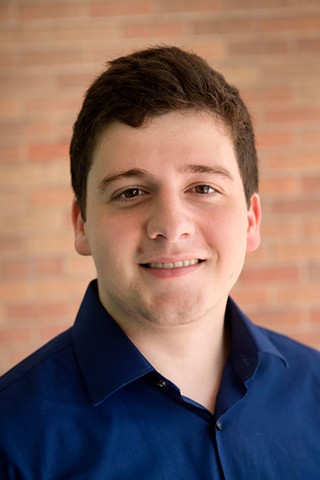 Meanwhile, ACC continues to expand its footprint in Central Texas, despite slight enrollment decreases in recent years. Voters in Pflugerville will decide on joining the college district, potentially bringing in more revenue. The college, and the trustee candidates, want to increase support for students with child care, along with other ways to make ACC more affordable and accessible to its many nontraditional students. 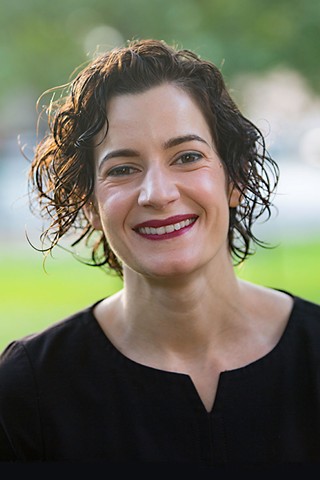 East Austin's District 1 contains the most Title 1 schools (those where economically disadvantaged students make up at least 40% of enrollment) and the highest proportion of students of color among trustee districts. Incumbent Ted Gordon's contentious first term on the board made the UT African Studies professor initially reluctant to run for re-election. But after he and his allies developed a plan to push the board into action toward equity, Gordon decided to seek another term. 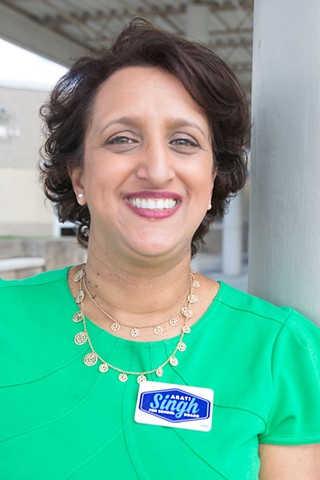 The East Austin Schools Manifesto unveiled in September is both Gordon's campaign platform and a list of demands for district leaders. Increased pay for teachers in Title I schools, the redrawing of attendance zones to further integrate campuses, and an equity office will give D1 schools new hope, Gordon said. "I know what should be the (district's) priorities. The No. 1 priority should be academic success for students in D1, particularly black and brown students there and across the district." 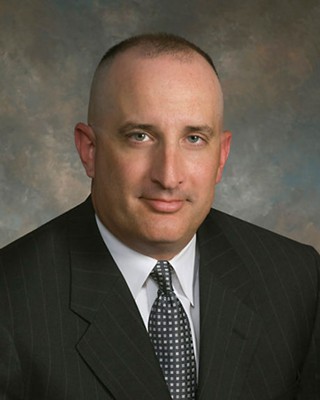 Challenger LaTisha Anderson agrees with Gordon on many of the issues facing East­side schools, but said she could leverage better relationships with the rest of the board to enact more meaningful solutions. Having served on several district committees, Ander­son has working relationships with several current trustees. "If I bring something to the board, I will have already checked it 100% and will come with solutions," she said.

Last year, Anderson's nephew was handcuffed at Clint Small Middle School, after a false accusation from a fellow student. She says the incident, and the lack of an investigation into her nephew's treatment, helped spur her to run. "Boosting enrollment in D1 schools is my top priority," Anderson said. "But reducing the disciplinary actions taken against students is No. 2."

AISD District 4: The Mom and the Kid

The race to succeed retiring Julie Cowan in AISD's northwest D4 features Kristin Ashy, a former PTA president and member of the district's Facilities and Bond Planning Advisory Committee, and Zachary Price, a 20-year-old UT student whose run was prompted by the surge in youth activism flowing from the March for Our Lives movement.

A former preschool teacher, Ashy is a strong advocate for early childhood education, which she sees as key to closing achievement gaps between white students and their African-American and Latinx peers. "We need to take a targeted approach to helping struggling students," Ashy said. She suggests inclusion specialists to work in the classroom with students in need, as well as empowering teachers to "individualize curriculum" to better suit a student's educational gaps.

Price sees his youth as an asset rather than a liability. "If elected, I would be the only trustee who has attended an AISD school in the past 20 years," he said. That proximity to the student experience, and his time working in local schools as a volunteer, would enable him to bring a missing perspective to the board, he adds. Two of Price's top priorities are improving student access to mental health resources and making it easier for them to report sexual assaults, issues he feels have not gotten enough attention from the board.

With 11 of D4's 14 campuses currently at 100% or more of capacity, Ashy and Price agree the biggest problem facing the northwest is overcrowding. Although relief is coming through 2017 bond projects, Ashy looks to other solutions, including "dispersing" students to schools in neighboring trustee districts. While Price feels D4 could use a new elementary school, he says it's important for D4 families to know he would not necessarily prioritize the "needs of North­west Austin over the rest of the district."

Three candidates seek the seat vacated in May by former board President Kendall Pace, with Carmen Tilton and Arati Singh as the front-runners. (Sam Russo, who ran and lost for the ACC board in 2016, is supported by anti-LGBTQ group MassResistance Texas.)

Tilton is banking on her experience as a policy analyst at the Legislature to woo voters, arguing that with Julie Cowan (also a former staffer) stepping down, the board needs insider knowledge to advocate for increased state funding. "We know we get laughed out of the Capitol," Tilton said, so she'd work on "finding friends" among lawmakers who want to change the state's woeful school finance system. "We need to do better at building relationships and working with other districts in similar positions." To tackle the district's budget deficit, Tilton would focus on building partnerships with other Central Texas agencies to provide support for students, such as Capital Metro for transportation and Central Health for student health care.

As advocacy chair of the Austin Council of PTAs for two years, Singh testified at the Lege against school vouchers. She's spent her career in education, beginning as a bilingual teacher in the Rio Grande Valley 20 years ago, and more recently, as a program evaluator helping to bring STEM curricula to schools. Her approach to the deficit includes a "needs assessment" of district programming to identify what programs can be scaled back and which ones are working for students. Implementing those successful programs at other campuses could also help boost enrollment, which would lead to more funding from the state, Singh believes. "The board needs to isolate and identify programs that move the needle" in terms of "academic performance, graduation rates, and career readiness," she said.

For Place 7 on the fully at-large ACC board, repeat candidate Mitch Fuller takes on stalwart Barbara Mink, who's served since 2000 and has chaired the board three times. Mink hopes to continue to make ACC more affordable by using open-source textbooks and keeping tuition rates steady, and to grow partnerships with workforce developers and four-year universities. "'Community' is our middle name," Mink said. "Only through collaborative partnerships can we advance social and economic equity."

Fuller, a business consultant, feels "it's time for new leadership and a new voice." He's concerned about potential changes to weekend operations: "A community college needs to have maximum availability, because the student population is different and not always able to attend class during the day." And he feels enrollment declines could be reversed with improved workforce programs.

The race to replace retiring Betty Hwang in Place 8 features three candidates. Douglas Gibbins believes community colleges are "one of the few government-supported programs that can help people come from a low earning potential to a high earning potential." With robust tax revenue from rising property values in Central Texas, ACC should look to help first-time college students attend the school "at low or no cost," he says.

A lawyer for the Workers Defense Proj­ect, Steph­anie Gharakhanian is running to help "reduce barriers to workforce training and higher education" that could lead to more people "earning a living wage." She applauded the board's recent approval of a drop-in child care program at the Highland campus, and if elected would push for similar services at the district's other 10 campuses.

Sarah Mills, the director of government relations for the Texas Association for Home Care and Hospice, is focused on keeping ACC affordable for students. Mills served five years as chair of the Austin Tenants Council, and says she is familiar with the struggles the city's renters face. "Education is freedom," Mills said. "We need to make sure we have the best community college in the country, so no matter what training you need, you'll find it here."

In Place 9, incumbent Julie Ann Nitsch, who helped spearhead the child care push, is being challenged by Round Rock businesswoman Lora Weber. Nitsch, a former Bernie Sanders organizer, wants to continue that progress and increase pay for adjunct faculty; she'd also like the district to transform its (currently closed) southwest Pinnacle campus into "the next Highland campus," with "full child care, some student housing, and space for the community to come together."

With over two decades as an executive at various state agencies, Weber said her knowledge of how government works would be a valuable asset for ACC's board. She wants to improve the district's completion rates: "ACC is innovating and trying to tackle the problem, but my focus would be on what we could do to help make students want to complete their courses." Weber pointed to her work at the Texas Higher Education Coordinating Board, where she helped develop and defend the agency's budget before the Legislature. "I have varied experience," she said. "But a lot of it is in higher education and issues that are critical to students." 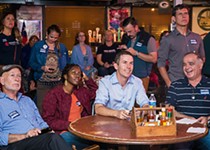