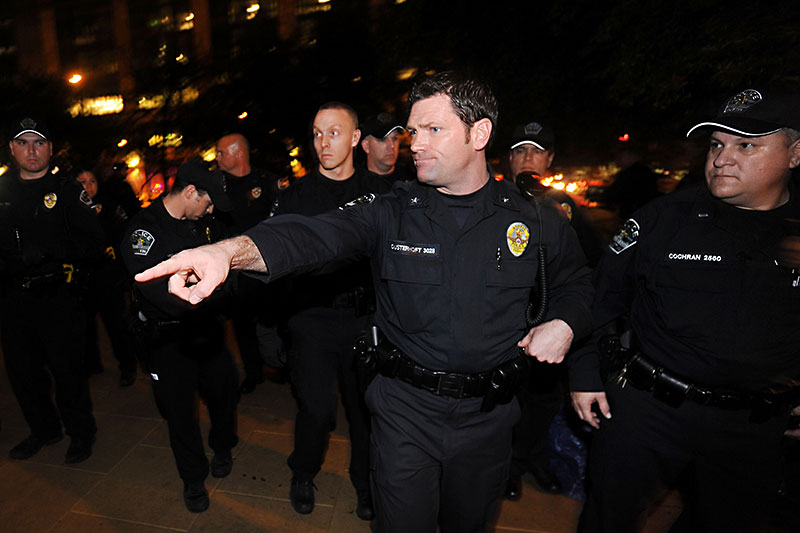 Austin Police Commander Jason Duster­hoft has spent the past six weeks on restricted duty following allegations that he assaulted a woman at the Yellow Rose on Friday, Aug. 24. According to an affidavit for a search warrant filed on Aug. 31, the two had been dating since July, and they met at the Yellow Rose and began arguing, during which Dusterhoft "grabbed her by her face and mouth with his hand" and "struck the side of her face with his open hand," leaving her bruised and in pain. The warrant reports that the woman (identified as Jane Doe) produced photos of the bruising under her chin and provided consent for a forensic evaluation of her cell phone, which she said contained contextual evidence of the assault and "previous incidents" where she was assaulted by Dusterhoft.

APD isn't talking about the case while it's still active. And Jason Nassour, whose West Lake Hills firm Keel, Nassour & Heilman represents Dusterhoft, declined to respond to multiple calls. (Perhaps he's busy; Nassour is also the chief civil attorney of counsel for the Williamson County Attorney's Office.) Last week Fox 7 reporter Rudy Koski posted to Twitter a photo of a stack of text message printouts Nassour told him exonerate Dus­ter­hoft from criminal charges, and multiple sources at APD anticipate that bringing any criminal case against the 23-year veteran may prove too difficult for D.A. Margaret Moore's office – though Dusterhoft remains subject to what could be some pretty harsh administrative discipline, in part for the way they say he's handled the investigation.

Should Dusterhoft receive a suspension, it won't be his first. He actually lost his job for a short while in 1996 after failing to report that officers working under his off-duty contract at the Austin Music Hall had taken money skimmed off the door. Dus­ter­hoft appealed the indefinite suspension and got it reduced to 45 days after an arbitrator ruled that even though he had in fact failed to report the illegal activity, thereby fostering "a tolerance for corruption," the city had overstepped in claiming that Dusterhoft, as the contract's operator, had some greater responsibility to report the incident than the other officers who knew what was going on and who didn't report it and yet still didn't face such a discipline. He was suspended again in 2001, for five days, after being found to have attempted to influence fellow officers to give a "break" to a friend of his who'd been pulled over for a busted headlight and didn't have auto insurance.

Despite that, Duster­hoft still worked his way up the ladder, and in 2014 was appointed an assistant chief by then-Chief Art Ace­ve­do, with whom he'd been friendly. He remained on the fifth floor until last July, when then-interim Chief Brian Manley demoted him back to commander under some murky circumstances. Still, the past few years have seen Dusterhoft promoted as somewhat of a face of APD, and his big smile and Staffordshire terrier physique has routinely been deployed as part of the department's community campaigns at commander's forums and on social media. That likely won't be happening anymore; his once-busy Twitter account is no longer active.