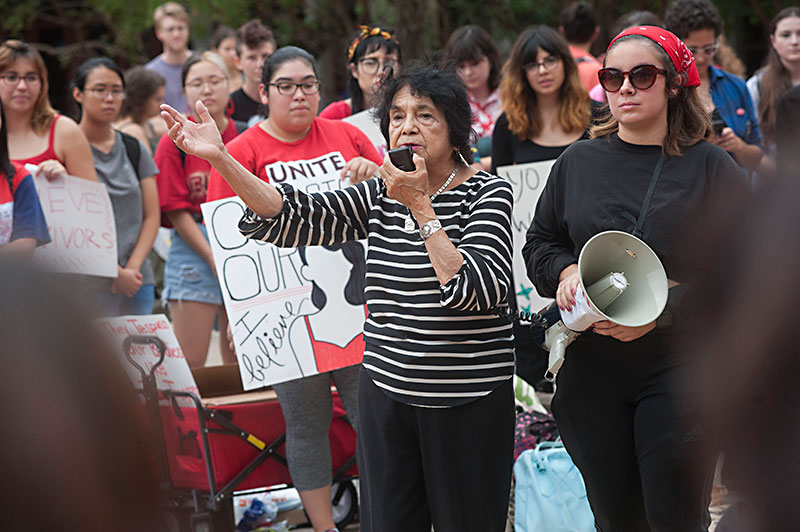 Dive Right In: No City Council meeting today, Oct. 11, but you can connect with favorite council members in their swimming skivvies at Barton Springs Pool, where a quorum will be participating in the annual pool tour and cleanup.

Now Go Home: After recovering from ACL, Council returns to regular business Oct. 18, when the agenda includes the Visit Austin marketing plan and budget, which should occasion jockeying on and off the dais over the pros and cons of tourism. See "To Expand or Not to Expand," Oct. 12.

Them's the Rules: The city has posted its proposed final dockless mobility rules for public comment — that includes traditional and electric bikes as well as scooters. Comments are due by Nov. 3, when Council is set to replace the emergency rules adopted in May. Find the rules at www.austintexas.gov/docklessmobility.

Ora for Laura: This is our shocked face – departing District 1 Council Member Ora Houston, on many issues an obstinate opponent of Mayor Steve Adler, is backing former Council Member Laura Morrison in her bid to unseat him. For more election news, see "Election Ticker," Oct. 12.

Naming and Shaming: The Catholic Diocese of Austin announced it will, by January, release the names of all clergy who've been credibly accused of child sex abuse since 1950. The move, including all 15 Texas dioceses, is "what Christ expects from me and all who serve His people," said Bishop Joe Vásquez.