City Council gets into its A-E-I-O-Us 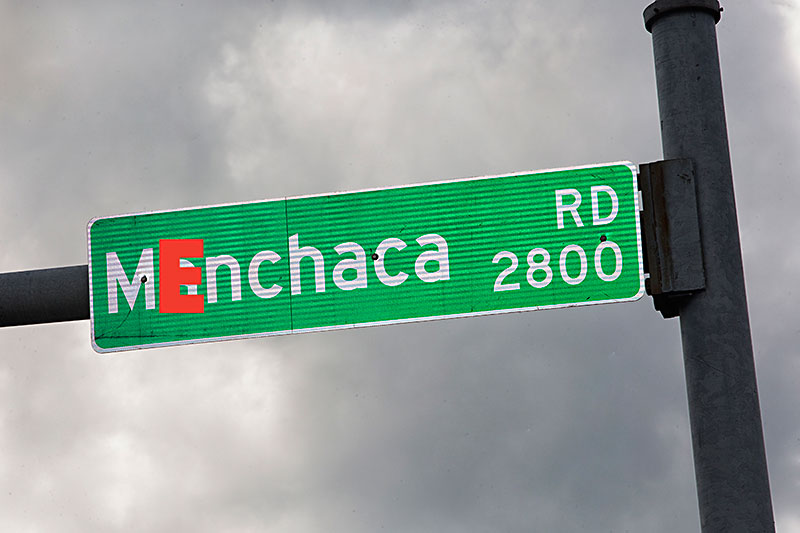 Manchaca Road has long been a source of agitation for local Latinos, as many consider it a misspelled tribute to Texas Army Captain José Antonio Menchaca, who fought in the Texas Revolution and later served on San Antonio's City Council. That history bubbled up on our own dais at Tuesday's work session, when Ann Kitchen, whose District 5 encompasses Manchaca Road, requested a postponement of a resolution (set for consideration this week) that would correct the spelling error, so that staff could reach out to more potentially affected property owners.

Kitchen pointed to a pitiful 3.6% response rate – just 63 out of 1,763 property owners responded – during the city's most recent outreach effort. "I know [affected homeowners] have wanted to have a chance to provide input," she said, regardless of what Council eventually decides. Leslie Pool agreed with the prospect of postponement on the grounds that she believes there is confusion as to whether the name is actually a misspelling, or if it was actually a Choctaw word to describe the area. She said Council should be clear on the origins of the name so members could better engage with the community on the subject.

The prospect of postponement drew fierce opposition, however, particularly from Delia Garza, one of three Latinos on the dais. "Our names are often misspelled, [and] mispronounced all the time," she said, noting that she sometimes receives mail made out to a "Council Member Garcia." She urged her colleagues to vote affirmatively without delay, which would signal they are listening to members of the Latino community "who have been victims of having their names butchered." The resolution "allows us to right a wrong," she concluded. Ora Houston, Pio Renteria, and Greg Casar indicated their support.

Kitchen countered that she didn't intend to extend the process as a delay tactic, but was instead concerned about democratic ideals, as well as the business owners she said contacted her after being caught unaware by the proposed change. She acknowledged that an additional two months might be a long time, and suggested that perhaps staff can find a way to shortcut the process while still contacting more stakeholders. Garza remained firm in her desire to see a vote at today's meeting, so we'll see how those two competing interests are resolved.

Arts Editor Robert Faires continues to cover the ramifications of the budget crunch the city's Cultural Arts Division found itself in last month ("The Arts Funding Matrix: Reloaded," online). The short pockets issue – brought on by the fact that 100 more applicants are competing for less hotel occupancy tax money this year than in previous years – wasn't disclosed to the arts groups until many felt it was too late to secure alternative sources of funding, as the cultural arts manager had initially suggested.

Item 5 on the agenda this week attempts to resolve the immediate harm that situation created by moving $695,143 from reserves into the Cultural Arts Fund so that organizations can continue to function at least this funding cycle. Council's fiscal hawks are sure to have a fit over the unforeseen spending, which should provoke what appears to be a much-needed discussion about our current process for distributing these grants.

You never know with these people.

Members will also grapple with an item directing the city manager to solicit plans for developing the HealthSouth site at 12th and Red River. There's been discussion about whether it would be better to leverage the property for on- or off-site affordable housing. While Casar said he'd be open to seeing which situation presented the better deal, other CMs (particularly Renteria) indicated they'd prefer an on-site option. As Jimmy Flannigan said, it's just "talking about talking," so the conversation shouldn't be too fraught – but you never know with these people.

We've covered the Council stalemate over a potential expansion of the Austin Con­ven­tion Center, and the convention and visitors bureau now known as Visit Austin ("Tourism TKO," Sept. 14), so it only seems appropriate to note Item 8 appointing May­or Steve Adler and Mayor Pro Tem Kathie Tovo to the bureau's board of directors. VA President & CEO Tom Noonan suggested the change in an August memo to since-departed Assistant City Manager Mark Wash­ington. The mayor, who represents the entire city, and Tovo, whose District 9 spans the bulk of the Downtown tourism industry, should take those seats "moving forward," wrote Noonan.