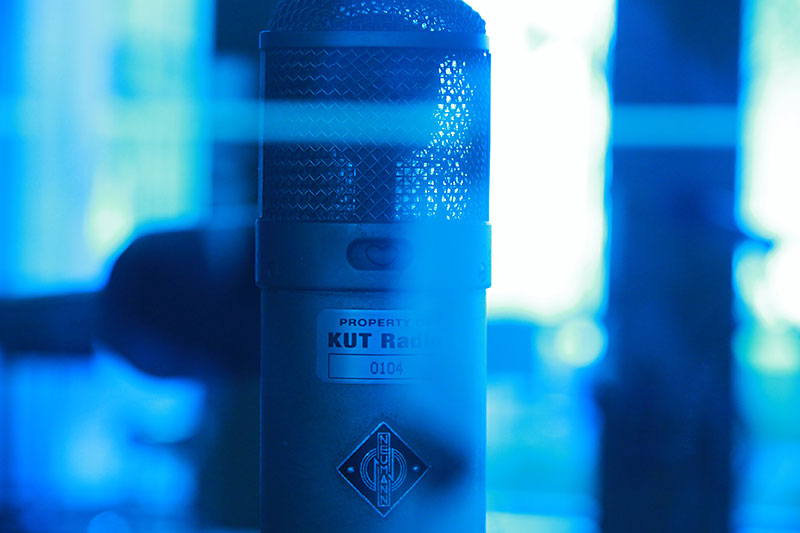 Reporters at KUT-FM took to social media this week to announce they would no longer receive overtime pay, translating into a significant cut to their already low salaries and adding to the station's current turmoil. "This has a direct impact on the public service we're able to provide to our audience," tweeted KUT News Managing Editor Matt Largey, adding, "Many KUT reporters make drastically less than their counterparts elsewhere. As a manager, I cannot defend this policy."

The circumstances of this decision remain somewhat murky and, according to the accounts of multiple staffers in addition to Largey, were sprung on KUT's newsroom without warning. Instead of cash pay for overtime, reporters – like most of their fellow non-exempt employees at the Univer­sity of Texas at Austin, and indeed throughout state government – will bank their overtime as paid leave ("comp time"), up to 240 hours. If they leave, transfer to another UT department, take an exempt position, or exceed that 240-hour cap, they can cash out their comp-time balance. (All jobs are "exempt" or "non-exempt" from various provisions, including overtime, of the federal Fair Labor Standards Act.)

If there was ever a good time to spring on your demoralized employees that they’re getting a pay cut, this certainly wasn’t it.

Even though this is the default state and UT policy, "departments have the discretion to pay out earned overtime based on their business needs," according to a statement from UT's Moody College of Communica­tion. That's what KUT and its sister station KUTX have been doing, but "during senior management meetings in August and September, KUT/KUTX introduced pending ... department-level changes in their [time] banking and federal overtime practices." On Monday, "a draft overtime compensation policy was discussed with KUT/KUTX senior managers, noting that additional changes and timing for implementation are still under consideration." Judging from the KUT staff's reaction, these discussions did not go over well.

In recent weeks, KUT's internal affairs have become public and fraught, as the station and its newsroom grapple with issues of diversity and sensitivity, career opportunities and workplace culture, and the behavior of the news team's former director Emily Donahue (now working in a fundraising role) and her husband, Texas Standard host David Brown. A negative feature in the public-media trade magazine Current, and KUT's own subsequent coverage via freelance reporter Eva Ruth Moravec, was followed by the abrupt resignation of the station's interim general manager Patti Smith; her tenure ends this week. Smith was at the helm during the period when overtime policy changes were under discussion, according to the Moody statement.

Meanwhile, there's an ongoing UT human resources investigation of Brown, after the circulation of an unaired Texas Standard tape in which the host appears to make fun of Spanish speakers; in a widely distributed email apology, Brown claims he was rather making fun of himself. But on top of the complaints of employees of color presented in Current, this episode has only made the clouds over KUT darker. Brown was absent from Texas Standard for two days last week, once Moravec's coverage made the existence of the tape public.

So, if there was ever a good time to spring on your demoralized employees that they're getting a pay cut, this certainly wasn't it. "[J]ournalism happens all the time, on the schedule of other people. [S]o it was pretty rad that @KUT ... compensated us for that," education reporter Claire McInerny tweeted. "We will now be working for free to cover things that happen. ... I chose public radio because it's a part of the journalism world where in depth reporting is valued ... but now [KUT] is telling us they don't value that."

While McInerny and other KUT reporters suggested this decision was made by university topsiders, with their own management left in the dark, the Moody statement implies it was made farther down the chain of command. Given that the aggrieved parties are reporters, and that KUT has been quite transparent with its audience (on air and online) about its woes and discontents, this discrepancy will probably be clarified before long.

The Moody statement concedes that reporting often requires overtime work, and says the station's new policy "will reflect there are some circumstances where overtime will be paid as salary. ... Funding for KUT/KUTX operations is self-generated and any savings realized from managing overtime practices remain within the station budget." The college and station leadership "will continue to work closely with staff to ensure their important work does not get interrupted or compromised."