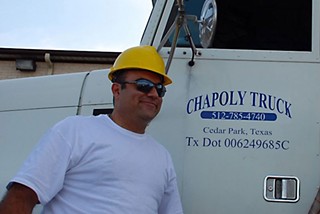 Lourdes Kaman has filed a lawsuit seeking an unspecified amount of damages ("over $1 million") against four corporate entities whose alleged negligence she blames for her husband Amir Bahman Kaman's death. The suit, filed in Dallas County District Court, names Dallas real estate developer Presidium Group, general contractor Cadence McShane, and two subcontractors: Consolidated Crane and Coreslab, the company Kaman worked for as an independent contractor when a concrete panel crashed onto him at a construction site in Southeast Austin.

Kaman hauled concrete slabs to construction sites, where they would be lifted off his truck to erect walls for buildings or, in this case, a parking garage. Coreslab employees were found to have violated a number of industry standards and failed to properly secure the wall being erected. A small bump from a crane sent the panel crashing down on Kaman, who was waiting by his truck.

The suit holds both Coreslab and Consolidated Crane liable for either engaging in or overseeing incompetent, negligent practices, and holds Presidium and Cadence McShane also liable for hiring and tolerating negligent subcontractors. Those entities, the suit says, "had actual, subjective awareness of the risk that a worker could be killed but proceeded with conscious indifference to the rights, safety, or welfare of Mr. Kaman and others at the site." 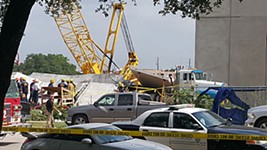