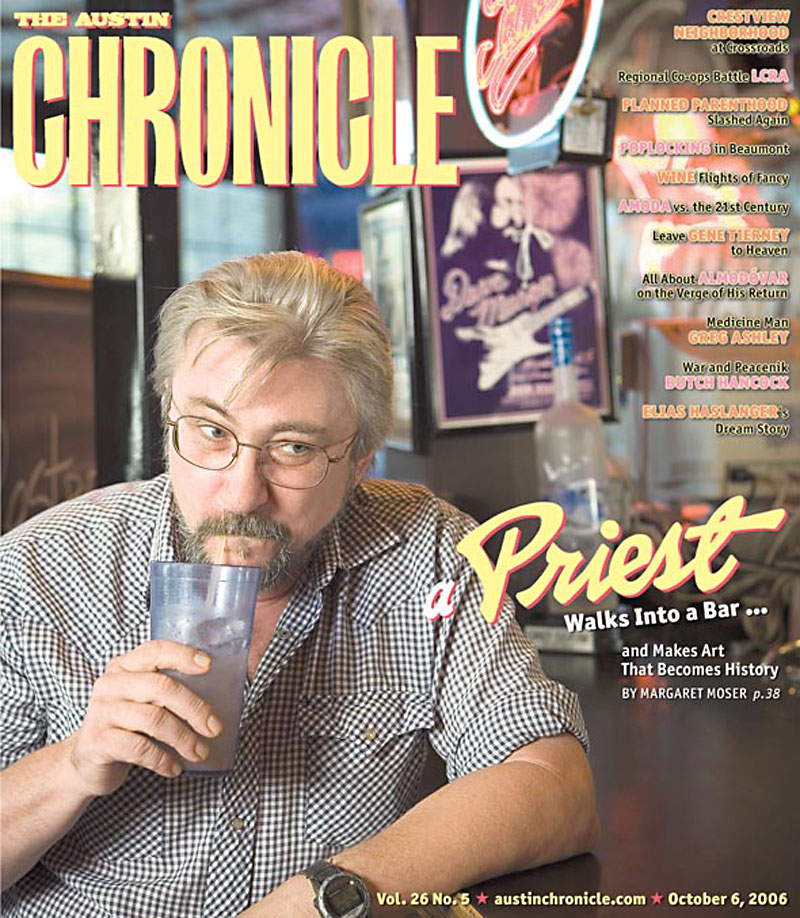 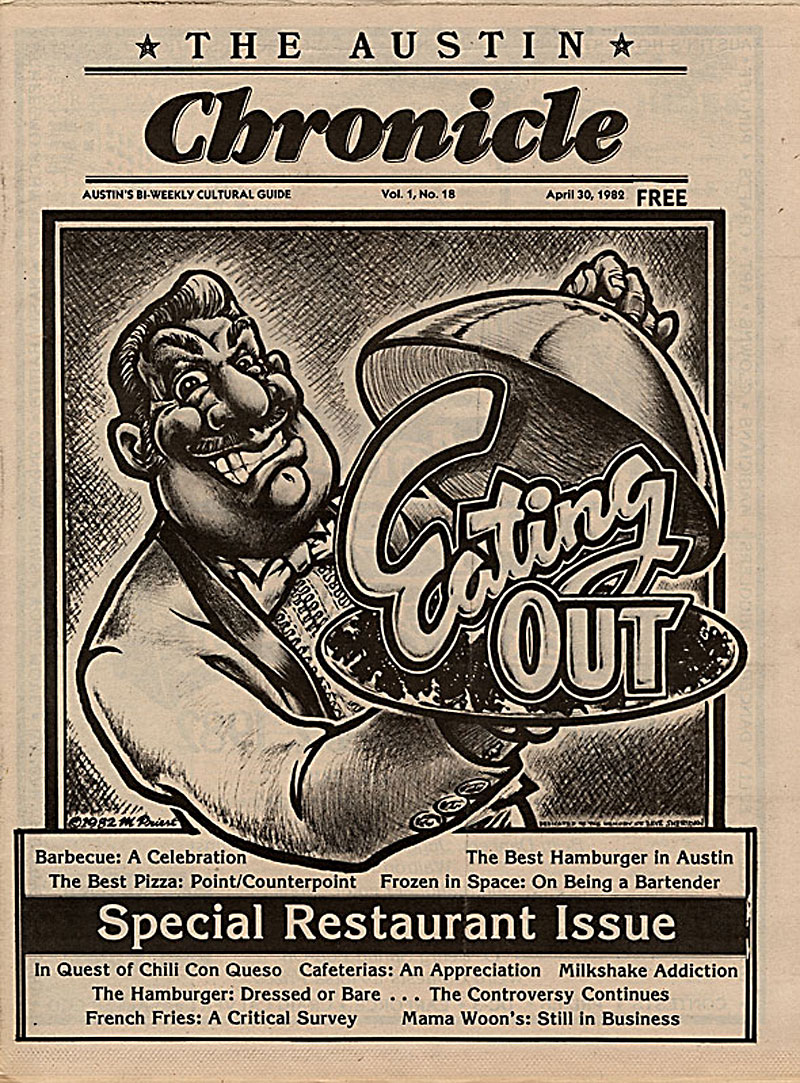 Sad, sad news arrived Wednesday, as we prepared to go to press, that Micael Priest – dean of the Armadillo Art Squad that invented the iconography of cosmic cowboys, rock music posters, and weird Austin as we know it today – passed away Tuesday in his apartment, most likely at 7:09pm. 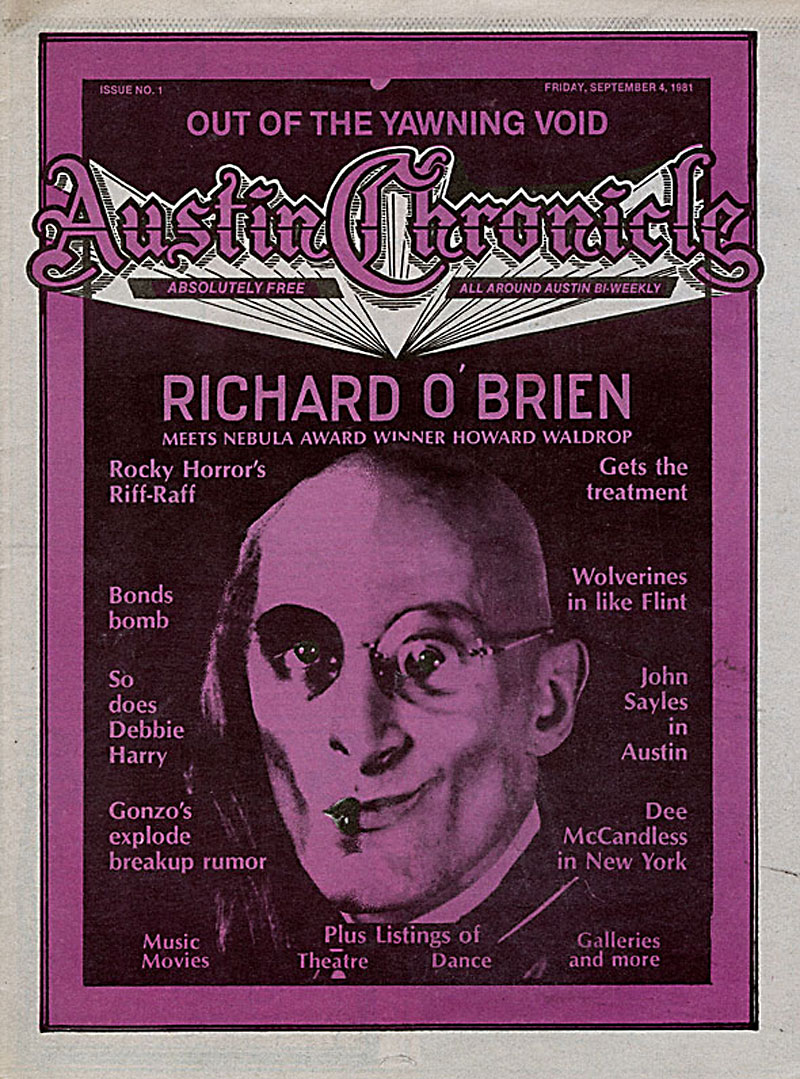 See lots of reactions and appreciation in Kevin Curtin's item on Micael's death, "Austin's godfather of poster art moves on," Sept. 12, a lot more on Micael himself in Margaret Moser's 2006 cover story on him, "A Lot of Cojones and a Little Faith," and some videos from the Austin History Center collection, with this story online. All I want to add is a little note of personal thanks for Micael's largely unsung role in the founding and nurturing of this paper.

We started the Chronicle in 1981, just as the Armadillo World HQ was closing, and Priest had assembled the Art Squad in a warehouse space at 16th and Lavaca, which he had dubbed Sheauxnough Studios. The guys were ecstatic because we could pay the rent ($300 all bills paid, for a space where five artists worked and lived, and we put out a paper), but we got by far the better of the deal, with the live-in services of some of the best graphic artists in the world, along with 24-hour access to Micael's astounding collection of broken art deco appliances, and nonstop, exquisite storytelling. That little slice of sweaty nirvana only lasted about two years, but there was a lot packed into it, and the relationships forged there have lasted for decades. There's no doubt in my mind that we wouldn't be here today if it hadn't been for him. And Austin itself would be a lesser place – is a lesser place today – without him.

No word yet on a service, memorial, or party; we'll update that info online, and in next week's issue.

And as something of an antojito the evening before, Mexic-Arte Museum is holding an opening reception (Fri., Sept. 14, 6-9pm) for two upcoming exhibitions, Danzas Matla­chines, and Viva la Vida: Celebrating 35 Years of Mexic-Arte Museum's Día de los Muertos. That latter stays up through November, in conjunction with this year's Day of the Dead festival and parade on Oct. 27. $10 or free for members. www.mexic-artemuseum.org.

Free dogs: Austin Animal Center is waiving all adoption fees for large dogs through the weekend, and pleading for adopters and foster families, as a spell of bad weather has brought a spate of lost and abandoned animals. See available dogs at trello.com/b/5uDfx2hm or www.austintexas.gov/department/aac. 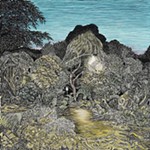 "Valerie Fowler: Nature and Other Stories" at the Butridge Gallery
The art here tells local stories but is universal in ways that are loud, strange, and reverent for uncontrolled nature 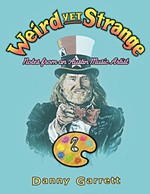 Weird Yet Strange: Notes From an Austin Music Artist
Vaunted Austin artist writes beyond his own posters