Candidates continue to pile up 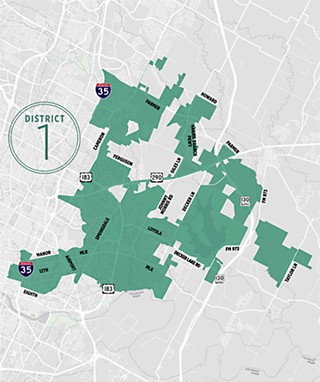 There's a reason Mitrah Avini joined the District 1 race well after her opponents: She had hoped one of them would put forward a pro-environmental, preservation-focused platform that she could support in November. When they didn't, the 2017 Oxford University graduate decided to put those ideas forward herself. Avini grew up along Walnut Creek, and said that if elected she will work toward helping the city build adequate infrastructure. She also expressed skepticism about the concept of new urbanism, a popular ideology among a significant wing of city politics, because of the environmental and displacement implications of density. While Avini acknowledged that her opponents hold an early advantage over her, particularly former Travis County Democratic Party Chair Vincent Harding and East 12th Street Merchant's Association President Natasha Harper-Madison, she said her platform will make up for that deficit. "I do have experience writing policy proposals, and I do think that vision and judgment are very, very important," she said.

And in case the full slate of D1 candidates wasn't enough, voters now have one more option: Misael Ramos, a business analyst who specializes in mortgages. Ramos didn't file for candidacy before the deadline, so he's going about this as a write-in candidate, and has already been invited to a few forums.