Little done as things get personal Scott Joslove and Kate Singleton (below) have been two of the more reasonable members of the Tourism Commission thus far.

The mood at the city's new Tourism Commission has already turned so foul that there's no denying something personal is going on. When we last left them, the commission tasked with evaluating the city's use of the hotel occupancy tax, which funds the Austin Convention Center and its marketing arm Visit Austin, had only just begun to toil through their work, but had already become so mired in infighting over how to use that money – whether to beef up the convention center or figure out a way to pry even more of the tightly regulated money toward other things the city enjoys (like cultural arts and historic preservation) – that they couldn't even agree on who would preside over the meetings. 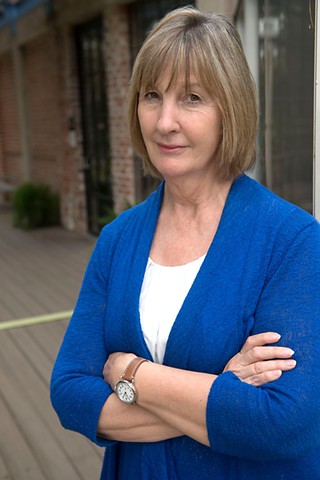 Photo by John Anderson
The commission wasted so much time bickering over the chairships and minute details of the mammoth convention center budget that it missed its deadline to report to Council.

On one side of the divide is a coalition of commissioners who were appointed by Mayor Steve Adler and council members Delia Garza, Greg Casar, Pio Renteria, and Jimmy Flannigan. They're generally receptive – or at least neutral – to the idea of the convention center's possible expansion, an idea being studied as you read this by experts at UT. On the other side are the appointees of Mayor Pro Tem Kathie Tovo and council members Ora Houston, Ann Kitchen, Ellen Troxclair, and Leslie Pool – each of whom has been more skeptical of both the efficacy of the expansion and the motives of their counterparts, whom they've decried (on background, naturally) for acting as industry stooges.

The dynamic has to this point crippled the commission. And while Alison Alter's appointee Michael Cannatti is expected for the first time at the group's October meeting – to serve as a swing vote on who'll chair the commission, if nothing else – the group isn't likely to fall into formation soon after that, and at some point must reconcile its differences before ultimately making recommendations to Council on the budget and HOT revenue.

As commissioner and noted Visit Austin and convention center critic Bill Bunch said at the first meeting in August, no one is "entitled to their own facts." That's been a central theme of the past two meetings, as commissioners have clashed over basic facts, including whether or not the convention center uses local tax money (it doesn't), whether it's sitting dormant for lack of business (it's constantly booked), or if it's been losing money (it's a loss leader, meaning it doesn't make money, but it does support other important local industries).

Another example of the divide was Com­missioner John Riedie's abrupt motion toward the end of last week's meeting to request Council direct City Manager Spencer Cronk to look into how the city might provide $3 million in grassroots live music marketing. Riedie said he was "dissatisfied with the idea that the convention center is oversubsidized, and we're not talking about better ways to apply those funds."

Commissioner Scott Joslove, Flannigan's appointee, who represents the Texas Hotel & Lodging Assoc­i­a­tion, replied that he wasn't sure the city could do that, because state law mandates a 15% cap on HOT money going toward "promotion and marketing," which the city is already up against. Convention Center Vice President Carla Stef­fen confirmed Joslove's concern, though she acknowledged it's just one interpretation. Riedie said Cronk could seek a legal opinion if the recommendation were to go forward, but it ultimately did not.

Tovo's appointee Kate Singleton is Preservation Austin's executive director, and through the course of two meetings has shown herself to be one of the cooler heads on the commission. She told me this week that she believes it would be helpful if everyone "took a step back" and cooled down the rhetorical barbs. While she cites studies that indicate the convention industry is on a downturn, she said the idea of an expansion is a reasonable discussion to have. Joslove agreed, saying the commission would do better if some members didn't start off trying to "villainize staff or contract entities before we've even started to delve into the work that we need to do."

We'll see if the two sides can reconcile once they've got a tiebreaker next month. Speaking of, the commission wasted so much time bickering over the chairships and minute details of the mammoth convention center budget that it missed its deadline to report to Council with thoughts on this year's budget. As one commissioner put it, "There's always next year."

Sometimes all you can do is laugh.

A version of this article appeared in print on September 14, 2018 with the headline: Tourism TKO

City's Tourism Commission Off to a Rocky Start
Peace and harmony