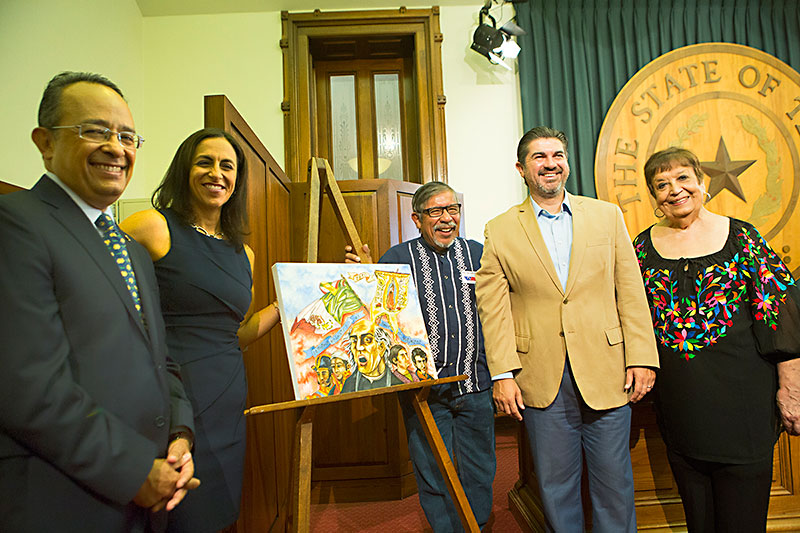 We have a budget. Setting its own new rec­ord for efficiency, City Council used only the first (Tuesday) of three scheduled budget reading days to adopt the FY 2019 city budget: $4.1 billion All Funds, $1 billion General Fund, and a combined 2% increase in taxes and fees. See "Settling the FY 2019 Budget," Sept. 14.

But no meeting: No regular Council meeting this week. Next one's Thursday, Sept. 20.

Focus on community: The Austin Police Department released a 40-page community policing report on Monday that we've only just begun to scroll through. Find it at www.ci.austin.tx.us/edims/pio/document.cfm?id=305707.

Own our vote: The Texas Freedom Net­work, the Texas Civil Rights Project, and more than 20 organizational partners are launching a campaign to register eligible high school students to vote ahead of Texas' Oct. 9 voter registration deadline. The "Own Our Vote" campaign (www.ownourvote.org) is providing "toolkits" to 1,600 high schools, with instructions to help students register.

Death watch: Ruben Gutierrez. The 5th Circuit Court of Appeals ruled in favor of death row inmate Ruben Gutierrez on Monday when they denied the state's motion to vacate his stay of execution granted by a lower court. Gutier­rez was scheduled for execution on Sept. 12, but his counsel now has 90 days to consider whether another round of appeals is necessary.

On the #MeToo: Thirteen local Democratic party leaders, including Rep. Donna Howard, Rep. Eddie Rodriguez, Mayor Steve Adler, and Mayor Pro Tem Kathie Tovo (along with their offices and campaigns) attended a sexual harassment training on Thursday, Sept. 6. The training, led by SAFE, focused on creating safe and respectful workplaces and hopes to push the conversation on harassment education, prevention, and intervention.

From the border: The federal "tent city" holding migrant children detained at the U.S. border is to be expanded to 3,800 beds, more than twice its current capacity, and remain open at least until the end of 2018. More than 400 children separated from their parents at the border remain in federal custody, while advocates search for their families.