Austin ISD Board Considering Policy Change for Facility Use 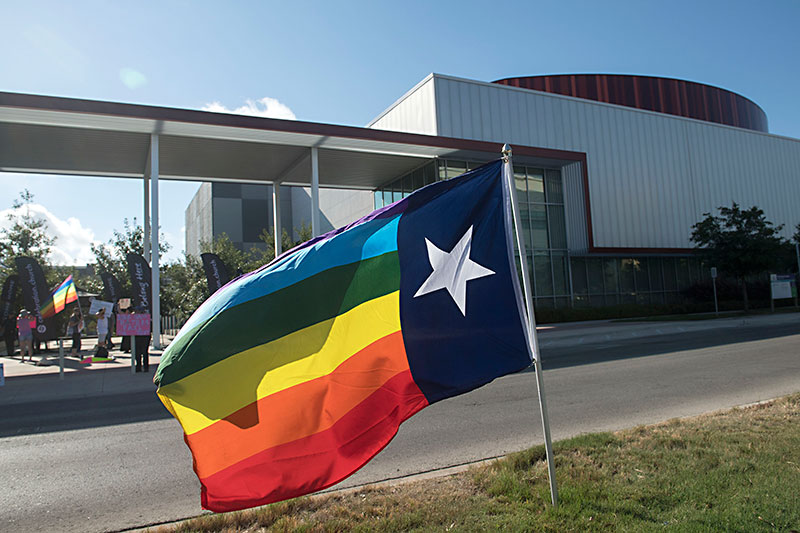 Protesters gathered for the second Sunday at the AISD Performing Arts Center, calling on the school district to stop renting the building to Celebration Church. (Photo by John Anderson)

The Austin Independent School Dis­trict Board of Trustees will explore potential changes to the policy which governs how district facilities are rented to outside groups. At the board meeting last Monday, several trustees questioned whether the district's decision to rent the AISD Performing Arts Center in Mueller to Celebration Church for an extended period violated specific rules for renting that facility. According to a March 2015 document outlining guidelines and procedures for community use of the PAC, churches can rent the facility for "special events," but "extended use or long-term use for non-school groups shall not be allowed."

In early August, AISD officials indicated that the district's general facility-use guidelines – which do permit extended rental of district-owned property by religious groups – also applied to the PAC, but there's confusion on the board as to whether or not that is the case. Trustees Ann Teich and Jayme Mathias confirmed late last week that the board's attorney was looking into ways in which the PAC policy could be clarified. Although the five trustees who questioned Celebration's rental agreement (Teich, Mathias, Ted Gordon, Cindy Anderson, and board VP Yasmin Wagner) cited confusion over the policy as motivation for exploring action at a board operations meeting in September, the church's anti-LGBTQ views appear to have played a role in the decision for at least two trustees.

The Georgetown church requires its members to adhere to an interpretation of Scripture that condemns an LGBTQ lifestyle. In recent weeks, the "Beliefs" page on their website had a section on marriage which referred to "disagreement with one's biological sex" and homosexuality as "sinful and offensive to God." The website has since been updated to remove direct references to same-sex marriage or transgender identity, but still refers to marriage as "a lifelong covenant between a man and a woman." (Celebration Church declined to answer questions for this story, instead issuing a statement that borrows from the updated language on their website.)

In interviews following the board meeting, both Teich and Mathias voiced objection to Celebration's stance on LGBTQ issues, and said they had received emails from constituents expressing concern over the church using the PAC. "I certainly don't share those values," Teich said when stopped at a site dedication for T.A. Brown Elementary (see "From the Ground Up," Sept. 7). Mathias, who is both gay and a priest at the Holy Family American Catholic Church in Southeast Austin, echoed Teich's sentiment at a groundbreaking ceremony for Menchaca Elementary, saying the issue "touched him personally," and that Celebration's "values did not align with those of the district." Both trustees also cited the risk of legal action against the district should the rental agreement be terminated under the current policy, which is why they are exploring a potential change in facility-use rules.

The tension between adhering to stated district values and the economic incentive of steady revenue from facility rentals could be challenging for the board to resolve. AISD is experiencing a budget shortfall, and district officials have pointed to revenue from selling and leasing district-owned property as a way to combat the growing deficit. According to the Aug. 25-26 rental agreement between Celebration and AISD, the district was paid $11,490 for 17 hours of use at the PAC. The church currently has agreements in place to use the PAC every Sunday in September, which would provide the district some $57,000 in additional revenue. But the board is also compelled to honor the district's "Respect for All" policy, which emphasizes inclusivity and acceptance of all sexual orientations and gender identities as important district values. Asked how the board would navigate the dilemma, Mathias gave a guarded answer: "There's no doubt in my mind that we will be clarifying the matter in the weeks to come."

Public Notice is taking a break.

A version of this article appeared in print on September 7, 2018 with the headline: Reason to Celebrate? 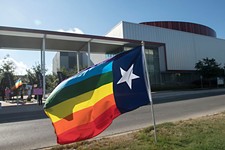