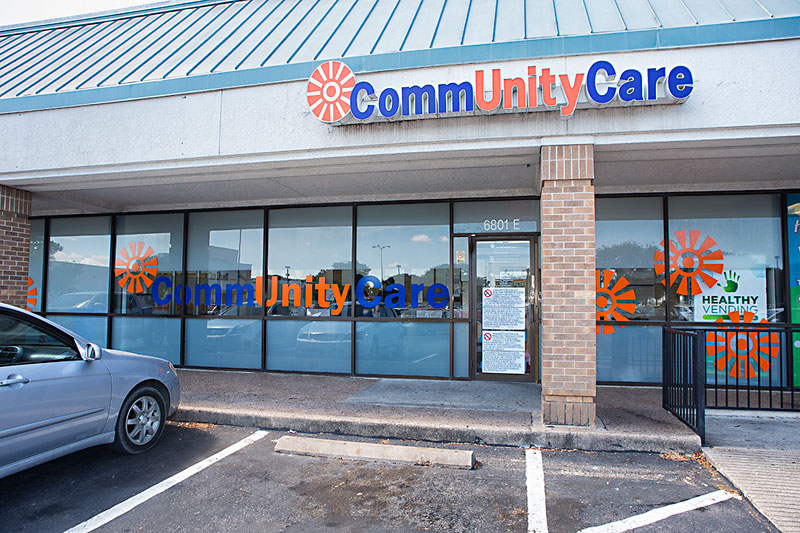 A new program offering medication-assisted therapy will be provided at the CommUnityCare and Integral Care facility at 5015 S. I-35. (Photo by Jana Birchum)

Austin gets spared most disasters, both natural ones like earthquakes and human-caused calamities like the opioid epidemic. That just means that the crisis here, and really in all of Texas, is merely tragic rather than horrific. "Texas doesn't suffer the numbers seen in other parts of the country," says Dr. Nick Yagoda of CommUnityCare, Austin's largest safety-net health provider. "But just from our experience in local hospitals and clinics, we realized we needed more bandwidth."

The crisis here, and really in all of Texas, is merely tragic rather than horrific.

The "we" here is a partnership between CommUnityCare, Austin/Travis County Inte­gral Care, and the Community Care Col­laborative joint venture between Cen­tral Health and Seton. The "more bandwidth" will be provided, these sponsors hope, by a new program offering medication-assisted therapy (MAT) to primary care patients at CommUnityCare. The pilot program, based at the clinic in Dove Springs that's home to both CommUnityCare and Integral Care (5015 S. I-35), is currently working with more than 50 patients in various stages of their treatment and, in its year of operation, reports a 70% success rate.

This may all sound ordinary enough, but the program contains two components that change the traditional drug treatment equation. One is MAT itself as a therapeutic concept, which despite a large body of research endorsing its effectiveness has been surprisingly controversial. The other is providing treatment for substance use disorders alongside a patient's more routine health care. "By providing this treatment through a primary care provider," says Integral Care's Robert Dominguez, "we're making the health care accessible and mainstream."

A report last year by Austin Public Health offers the best data picture available on opioid use in Travis County. In 2016, out of 444 overdose hospitalizations in the county, 88 involved opioids and opiates (including heroin). The Texas Poison Center Network reports an average of 200 calls a year (from 2000 to 2017) involving opioid exposure in the county. And from 2006 to 2016, 590 deaths in Travis County were reported as due to opioid overdoses, or 42% of all OD deaths. More than 90% of those were unintentional ODs, as opposed to suicides.

Nevertheless, the ideal number of opioid OD deaths would be zero. But while avoiding mortality certainly matters to the MAT pilot, it's not the only outcome that counts. "We're continuing to redefine what success is," says Yagoda. "From a population level, we can reduce illicit drug use and mortality. From a patient-centered focus, we measure success in terms of reintroduction into a functional society. If we can, we try to support patients in important social determinants of health" – things like employment, housing, education, and access to health care itself.

In itself, MAT isn't that different from the treatment most people get when they present with a chronic physical illness. Just as you might be prescribed a drug for your high blood pressure, but also told – and better yet, helped – to lose weight and cut down on salt, MAT patients get behavioral health counseling along with the medication that staves off the devastating symptoms of withdrawal. "The medical therapy for addiction is not so complex," Yagoda says. "It's the behavioral and social factors that are so difficult to support." The MAT approach "puts an emphasis on the 'assistance.'"

Yet for a long time and in many places, MAT has signified an alternative not to purely pharmacological treatment but to abstinence. That's made it a loaded concept among both drug warriors and adherents of nonmedical models (i.e., 12-step) who view it as, in the words of disgraced former U.S. Health Secretary Tom Price, "substituting one opioid for another." But the scope of the opioid crisis has people abandoning those positions. Earlier this year Price's successor Alex Azar, in announcing FDA plans to expand access to MAT medications, noted the agency's intent "to correct a misconception that patients must achieve total abstinence in order for MAT to be considered effective."

The program at Dove Springs, which uses Suboxone (a buprenorphine/naloxone combo) as its medication of choice, likewise believes that "if at first attempt, someone is not able to achieve or maintain sobriety, that's part of the process," says Yagoda. The 70% "success rate" refers to people who've stayed in the program and showed improvement, not only those who are now totally drug-free. "No one is deemed a failure for struggling to adhere to the MAT program; it's just an additional opportunity for us to develop more creative and comprehensive support for that patient."

That support is much easier to provide in the context of an actual health clinic, as opposed to a stand-alone program or even the more traditional substance use treatment (inpatient, outpatient, detox) that Integral Care delivers. "You're even further integrating behavioral health and social support into comprehensive medical care, instead of just care tied to withdrawal management," says Yagoda. For example, "we see a lot of infectious disease complications. CommUnityCare has a robust hepatitis C program, so through MAT we can get patients into treatment that is generally hard to access, particularly for the poor and uninsured."

Quality substance use treatment can be hard to access for safety-net patients, due not only to its direct cost but also its logistics. Dominguez says that Integral Care's traditional programs "ask patients to come to them. They may need to come daily to receive the medications they're prescribed. We're learning that being able to meet people where they're at – even in a literal sense – means we're able to keep engaged with them throughout recovery." The MAT pilot's patients each have ongoing case management in addition to the primary care provided at the clinic. "What we've heard from the people we're serving is that they've been waiting for something like this for years."

One of those patients, Ryan (a woman, last name withheld), was referred into the pilot by a counselor after she "got tired of hustling and struggling, because there was no money for the drugs and it was so hard to get them. Believe it or not, the law has actually succeeded in making it hard to get drugs." For Ryan as for many, those drugs were prescription meds such as OxyContin, resold by dealers with prescriptions they may or may not need or use themselves.

"I thought it was going to be hard, but after the medicine all the cravings and urges went away and I didn't have any worries anymore. Didn't have to figure out how I was going to get high or where I would get the money from. Having someone to talk to makes you feel relieved." That would be her case manager, with whom she talks "about everyday situations and how to work them out. I never knew how to be stable. Right now, I'm learning how to live an everyday normal life." 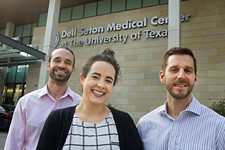 For Patients With Opioid Use Disorders, the B-Team Offers Help
Dell Seton Medical Center's "Buprenorphine Team" and its innovative approach to addiction