A manageable agenda? Heard that one before. 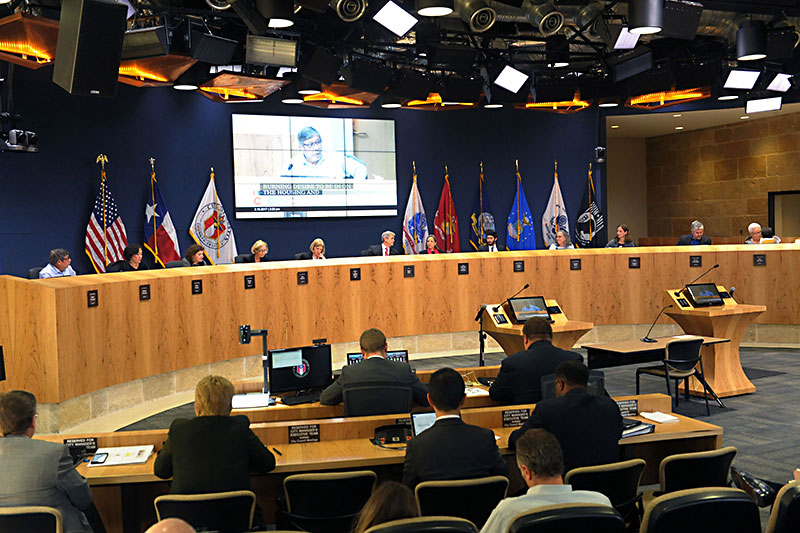 City Council returns today with a breezy 82-Item agenda that will hopefully lead to an early night. Mayor Steve Adler referenced the possibility at Tuesday's work session, though Ora Houston cheerfully reminded him that he's generally an optimist about meeting lengths and is often proved wrong, drawing laughter from her colleagues.

But the mayor might be right on this one, and one reason is that Items 10-12, changes to the city's 380 agreements (governing economic incentives), have been postponed at staff's request. The overhaul includes implementation of a small business program and an emphasis on affordable housing and other community benefits. Council members have had questions each time the package has come up, and staff is working on a detailed report it hopes to present by Oct. 31.

So what's left for today? Council is getting an update on the Seaholm Waterfront plan, which will reimagine the space along Lady Bird Lake. We're also in for an update on the vehicle booting saga from last week, when industry players said Council's maximum fee would force them to rely more heavily on towing. And Council will consider a provision that would start reforming the city's density bonus program. Much of that work was previously tied up in CodeNEXT (a triggering word around City Hall by now), but Council doesn't want to wait on the reset process to make the program more consistent in how it applies across the city.

Council will also hear briefings on two new planned unit developments – one at 9201 Circuit of the Americas Blvd. in District 2 and another at 218 S. Lamar, at the site of the outgoing Schlotzsky's. Such cases are usually rather formulaic until later, but stay tuned. Members will also hear two zoning cases that are facing opposition from surrounding neighborhoods (Flats on Shady and Parmer Village). Expect the usual grousing.

And, finally, after months of extended negotiations over pay scale, the Austin-Travis County EMS Association and the city's Labor Relations team have come to an agreement on a new four-year labor contract. Council will weigh in on the 7% wage increase over four years. Backup documents note that the city conducted a wage study that found while ATCEMS medics generally make 5.3% more than the second-highest-paid department studied, the entry pay is still "significantly lower than even the Texas average pay." This contract should fix that, if approved.

Looking ahead: The agenda for the Aug. 30 meeting includes 10 zoning cases, plus public hearings on next year’s budget, utility rates, and property tax rate.