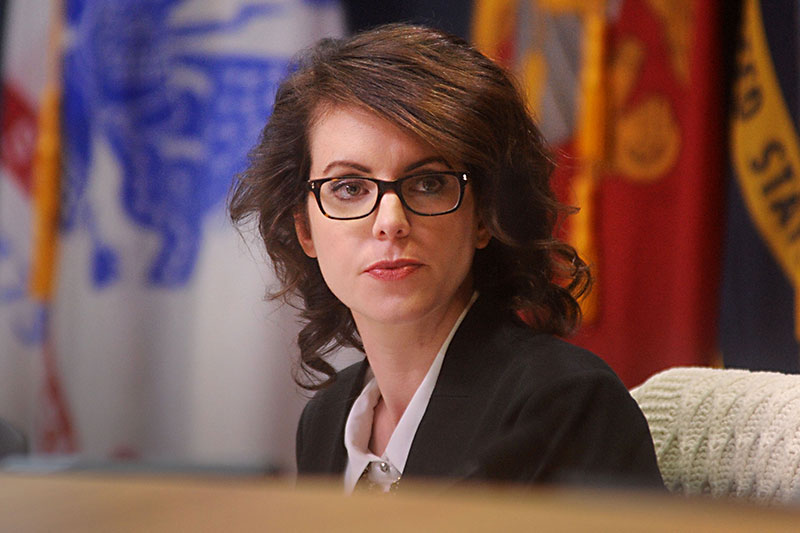 Last week, petitioners sued the city of Austin over the ballot proposition language drafted by City Council concerning the "efficiency audit" and the comprehensive land-use code revision (e.g., CodeNEXT), filing directly with the Texas Supreme Court. At press time, the court was waiting for the city's response in the audit case (due today, Thursday, Aug. 23).

Meanwhile, two "friends of the court" have also weighed in on the audit suit: conservative think tank the Texas Public Policy Foundation filed an amicus brief, and Council Member Ellen Troxclair sent her own letter – supporting the petitioners and criticizing Mayor Steve Adler and her Council colleagues. Troxclair wrote, "I believe that Austin voters are being deliberately misled by a majority of Council ...."

At its Aug. 9 meeting, Council adopted ballot language for both the "independent efficiency audit" proposition, and the anti-CodeNEXT proposition that would mandate both a waiting period and a citywide public referendum before any "comprehensive" revision of the land use code. Petitioners objected to the language and subsequently followed through on threats to sue.

TPPF attorneys explicitly describe the efficiency audit as inspired by Ronald Reagan's efforts – via his "California Com­mis­sion" and the federal "Grace Com­mis­sion" – to conduct "a thorough analysis of government operations [for] specific efficiency and enhancement recommendations." In what reads less as a legal brief than an anti-taxation broadsheet, TPPF attorney Robert Henneke writes, "Austin's high spending and high debt load has led to a disproportionately heavy property tax burden on Austin's property owners."

Yet to illustrate its claims, TPPF includes comparison information for Texas cities that Austin budget staff called "fundamentally flawed." The amicus fails to note, for example, that Austin's $3.9 billion "All Funds" budget includes two major utilities and the airport (all self-funding). "Austin Energy alone accounts for nearly a third of the ... all funds budget," responded city staff. "Neither Houston nor Dallas operate an electric utility, and San Antonio's electric utility, CPS, is not included in the budget figure presented [in the brief]."

"Even if the focus is solely on general fund spending, no jurisdiction allocates what is included in their general fund in exactly the same way. ... Any analysis that fails to acknowledge this is fundamentally flawed."

Meanwhile, Troxclair accuses the mayor and Council majority of deliberately intending to mislead voters, charging that they drafted the audit proposition language "for the express purpose of having the proposition implicitly advertise against itself ... in an effort to make the proposition sound redundant, expensive, and ultimately to result in its defeat." Troxclair slams the mayor for rejecting her motion to vote directly on the petition version of the proposition, makes related criticisms of the proposition language concerning the land use code revisions, and even denounces Council's actions in the defeated 2016 referendum concerning transportation network companies (i.e., Uber and Lyft) – she claims that Council adopted "convoluted and confusing ballot language that was meant to confuse voters."

Responding to Troxclair's letter, Adler released a brief statement that calls attention to unidentified donors ("dark money") supporting the audit petition campaign: "It's disappointing that Council Member Troxclair again seeks to attack and undermine action taken by the city," the mayor wrote. "Here, she objects to voters being told that the requested, dark money-supported audit could cost taxpayers millions of dollars. That's the cost, she admits it, and it's information that shouldn't be hidden from voters."